Tattoos: Yes or no?

Tattoos: Yes or no? 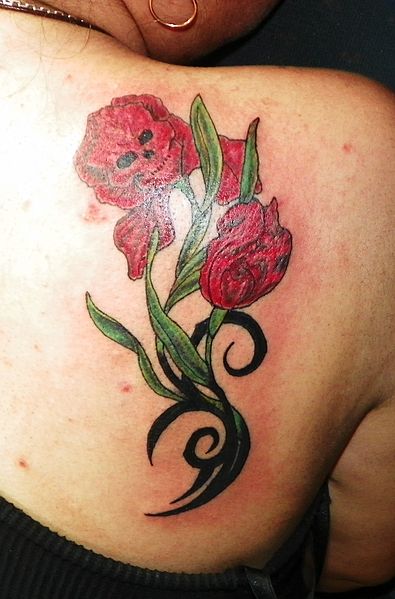 Are tattoos a good idea? I’m inclined to say no – probably about eighty percent no.

I have several reasons for this but I wonder what you think?

When I was a kid, few people had tattoos. They were mostly men who had been in the armed forces. In England, men were obliged to enter the army and do national service and this wasn’t abandoned until the end of 1960.

It was 1963 before the last of the conscripted men left the services.

With every young man of a generation being in the army, it’s hardly surprising that may had tattoos. But I don’t remember ever seeing tattoos on a woman when I was a child.

I do remember a song by Paddy Roberts though, called The Tattooed Lady – and I suspect that the tattooed lady was more likely to be seen in a sideshow or circus than anywhere else.

Now of course, it’s very different. People from all walks of life, all ages and both men and women are often seen bearing these ‘artistic’ wonders.

The body will change

When you are a twenty year old girl, and have beautiful skin and a gorgeous figure, a brightly coloured tattoo of a dragon might look magnificent on your lower back. But it will look dreadful when you’re old and wrinkled.

Something that was once a thing of beauty will look very silly indeed.

You can’t change your mind

About thirty years ago, I had the dubious pleasure of selling a car to a chap with a certain word tattooed in inch-high letters on his forehead. Yes, that word – beginning with F and ending in K. That might have seemed like a terribly good idea when he was a seventeen year old yob. (I do wonder how many tattoos are created when the bearer is under the influence).

That bloke will now be in his fifties. Unless he has paid a lot of money for tattoo removal,or unless he wears a baseball cap pulled down very low, I imagine he looks pretty silly these days. I can guarantee that he isn’t a bank manager,  a newsreader on TV or a high-powered business mogul.

And a chap might be terribly in love with Lucy now, but when they’ve been through their bitter divorce, he will regret having her name emblazoned all over his arm. (His new girlfriend won’t like it either).

The designs are often horrible

I know that tattoo practitioners call themselves artists and some really are. There are a few whose work is magnificent.  I like the current ‘tribal’ look too. But for every wonderful design, there are hundreds that are ugly and not well-executed. Yes, beauty is in the eye of the  beholder but I don’t behold beauty when I see most tattoos.

Of course, a problem that tattooists have is that a design can look absolutely stunning on paper. But it doesn’t necessarily translate to the human body, especially if that gorgeous design is marred by the body’s moles, spots, uneven skin tone or coarse body hair.

OK, all the reasons I gave above are ones I truly believe but I think in my heart of hearts, I simply don’t like the idea of having something on my body that can easily identify me. It’s not as if I’m on the run from Interpol or anything like that but you never know what the world is going to do next. It just feels wrong to deliberately go out of your way to get identifying marks.

If the world goes nuts, I can dye my hair, eat lots of pizza to put on weight, wear lots of red lipstick and end up looking nothing like me. I couldn’t do that with a four letter word tattooed on my forehead.

And to be honest, there is an ego thing.  I’d rather be known as that madwoman who writes stuff and drinks red wine rather than have people say ‘oh, you know who I mean – that woman who has the dodgy tattoo of a tiger on her wrinkled old arm’.