The Accidental Empress: Elisabeth of Austria

Home » All books » The Accidental Empress: Elisabeth of Austria

Elisabeth of Austria: The Accidental Empress 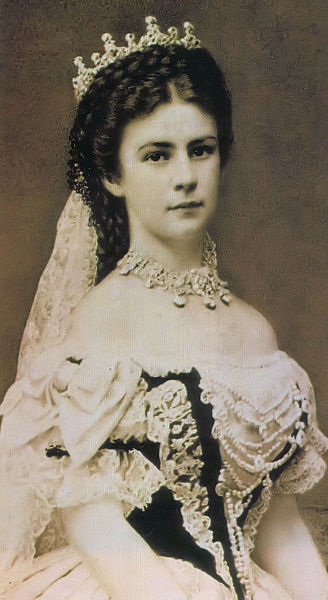 I received this book as a gift and – to be honest – set it aside for quite a while. The cover make me think that it was a somewhat junky historical novel of the ‘bodice-ripper’ type.

I was wrong.This is a fictionalised version of real events that took place in the nineteenth century and as such, is fascinating.

Yes,it’s a love story but so much more too.

When the book opens we meet Elisabeth,then fifteen years old, who is a member of the Bavarian royal family.  She’s a lively girl who loves the countryside and her free and easy life.

But soon her parents drop a bombshell that will change her life forever.

Her elder sister has been selected as the bride of their cousin, the young Emperor of Austria, Franz Joseph.

Duly, her sister Helene, Elisabeth and their mother set of for court so that Helene can meet her potential groom and his severe and domineering mother.

If this were fiction, then the young emperor would reject the older sister, Helene, and fall for her younger sister, Elisabeth. But in reality, that’s exactly what happened.

Helene had no ambitions to marry and certainly didn’t want to be an empress with all the public duties that entailed. She was a private girl and at the tender age of eighteen, she would have preferred to cloister herself as a nun.

Elisabeth, at only fifteen, had not given a thought to marriage but when she met her cousin, Franz Joseph, there was an instant attraction between the two.

The Accidental Empress: A Novel

But Helene had been selected – specifically – by the emperor’s domineering mother. How would she react if her wishes were thwarted? How could the emperor marry a mere second daughter? Wasn’t this against al protocol and an affront to the noble family?

And what about Elisabeth and her relationship with her sister?Could she really steal her beloved sister’s fiance? How would that affect her own family relationships?

This may be a novel but is a lively and well-interpreted account of what genuinely took place in nineteenth century – a time when marriages between royal houses were still very much arranged without the consent or approval of the bride and groom.