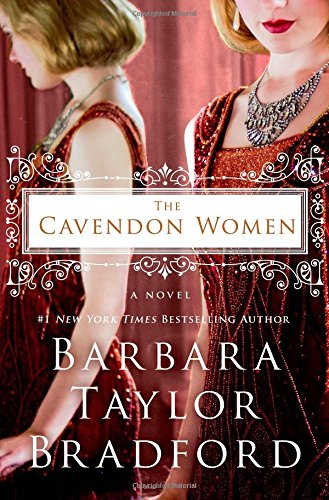 This is exactly the sort of book to choose when you need a little light, but dramatic reading. It’s set in the nineteen twenties and features the lives of the members of an aristocratic family in England.

You’ll certainly see how the other half lived. But the characters in the book are strangely appealing and you’ll be drawn in by the trials and complexities of their lives and loves.

The patriarch of the family, Charles, is just about to embark on his second marriage. His first wife. Felicity, had abandoned him and their children many years previously. These children, now adults, are pleased about the forthcoming wedding.

One member of the family isn’t however. Lavinia seems intent on spoiling the day.

Undeterred, the five siblings, four sisters and a brother, are delighted to welcome their new stepmother – a woman they have known all their lives – into the family. All five have their own difficulties and problems though.

Miles, the son and heir, remains in love with his lifelong sweetheart, Cecily who is a well-known and stylish couturier. But although he is separated, his wife won’t divorce him.

His four sisters, Daphne, Deirdre, DeLacy and Dulcie all have their own concerns too. (The similarity of their names can be a little confusing in the first few chapters – beware).

As their lives unfold, you’ll meet other fascinating characters, the elderly and delightful matriarch of the family,  the gorgeous actor  James Brentwood, Genevra the Romany gipsy girl,  Howard from Scotland Yard, artist Travis Merton and many others.

There are the villains too, in particular surgeon Lawrence Pierce.

As the book takes us between the Yorkshire stately home – the family’s country seat – and the height of fashionable London and New York, secrets are hidden and revealed, loves are won and lost, and old histories and relationships exposed.

As a backdrop to the secrets, relationships and intrigue, the ancestral home (almost a character in its own right) so beloved by the family is crumbling and the funds aren’t there to maintain it … and then comes the Wall Street crash…

Note: You’ll see at Amazon that this book is a sequel. I had not read the first but this is no way detracts from this fascinating novel. It stands alone. Looking forward to the previous one now 🙂