The Invoice: By Jonas Karlsson

Home » All books » The Invoice: By Jonas Karlsson

The Invoice: A fabulous novel.

Are you happy? This is the major theme that the author explores in this very funny, yet thought-provoking novel. It’s great fun to read and certainly gave me a wonderful warm glow after finishing the book. And in and among the story is a rather sinister ‘big brother’ element.

The hero of this novel is a single guy living in Stockholm. He’s never made much out of his life but he’s happy. He has a part-time job, a rented apartment, no excitement in his life and has only had one serious romantic relationship that didn’t work out.

Yet he’s happy and content. He finds pleasure in the simple things in life. He enjoys ice cream. He likes the rain. He enjoys movies. His life is boring – without any highs or lows – but he’s perfectly happy in his own world. 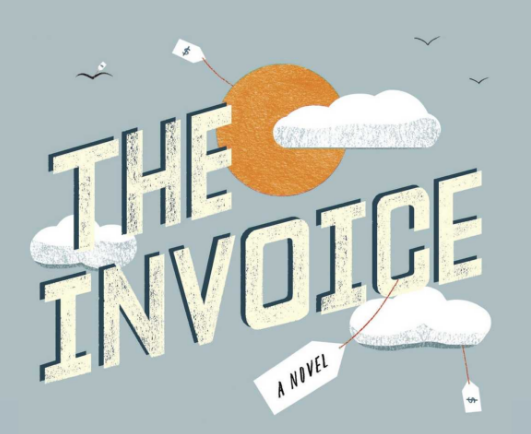 The Invoice: A Novel

What would you do if you received an invoice for tens of thousands of dollars?

This is what happened to him one day. If, like our hero, you know very well that you haven’t purchased anything for anything like that amount, you’d do exactly what he did – assume that it’s an administrative error and, in his case, ignore it.

But a month later, the reminder arrives.  The invoice reminder is demanding over five million Swedish krona – about 660,000 in US dollars. So, as it seems that the administrative error has not been corrected, he contacts the organisation in question.

He doesn’t really pay a great deal of attention to what’s happening in the world. Why should he? He’s happy with his life. He bothers no-one and no-one bothers him. His idea of a great day is a session at his part-time job, watching a great film, a takeaway pizza and a dessert of ice cream.

But when he contacts the company that is demanding the money, he finds that it is an organisation called World Resources Distribution. His call is answered by an operative called Maud. He asks her what the goods the invoice related to. She replies ‘everything’.

How much do we pay for our happiness?