The Man who Sank the Lusitania

Home » Disasters » The Man who Sank the Lusitania

The man who sank the Lusitania – Walther von Schwieger

On Friday, April 30th, 1915, a German U-boat left a naval base in the North Sea. The submarine traveled around Scotland, then down to Ireland. She was commanded by thirty year old Kapitänleutnant Walther von Schwieger.

The following day, the passenger liner Lusitania, with over fifteen hundred people aboard, left New York bound for England. The two vessels were to meet and the Lusitania would be destroyed, taking the lives of 1198 passengers and crew members. 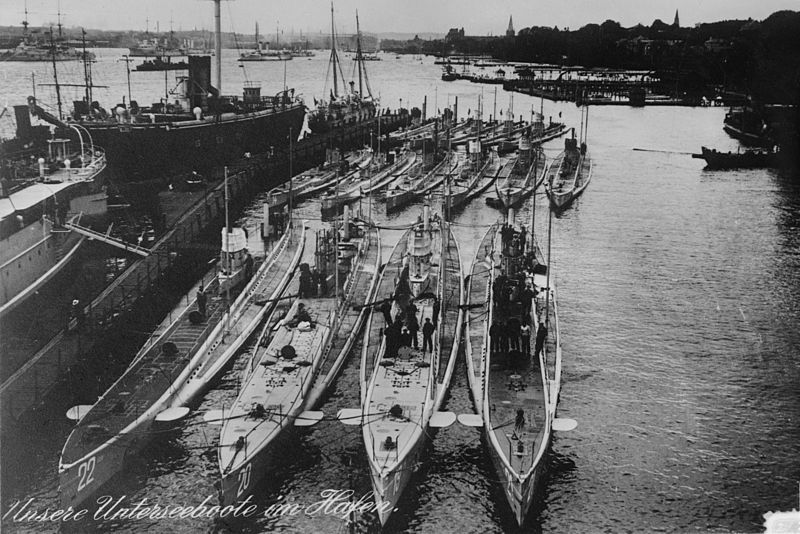 TheU-20 was two years old and considered to be the height of German weaponry. Schwieger was from an aristocratic family and had joined the  Imperial Navy when he was eighteen years old and risen through the ranks. Submarine technology was very new at the time, especially in warfare, and their commanders needed to be admirable seamen.  It’s said that Schwieger was respected for his courage and courtesy throughout the Imperial Navy.

The vessel carried four officers and thirty men in conditions that we cramped and uncomfortable but had an aura of excitement and adventure.  But the men wore comfortable clothing, fresh air was rare and the knowledge that they were contained in an underwater ship containing so much explosive material must have given them pause for thought. Whenever possible,submarines would ride on top of the waves rather than beneath but their success came when they stealthily slipped underwater.

Schwieger was on duty almost constantly. The crew watched all the time for enemy ships. Their goal was to destroy these but they knew that there was also the strong danger that their own vessel would be rammed or fired upon. The sight or sound of enemy ships brought the crew as much apprehension as it did excitement.

If Schwieger was suspicious of a vessel or if he felt it was a threat, he would attack. Two days before the U-20 encountered the Lusitania, they sank a schooner, giving the crew a warning to abandon the vessel before they fired. Later that day,they spotted and fired at another British ship, but missed their target. On the following day, again they discovered a ship and warned the crew to disembark before they sent it to the bottom of the ocean.  Shortly afterward, another British ship required two torpedoes to sink it and again,the crew had plenty of time to escape.

Schwieger now had three torpedoes left available. He knew that the rules dictated that two of these should be retained for the homeward trip,should they be required when the U-boat was returning to base. the weather was intermittently foggy so Schwieger knew that the chances of his scoring another sinking were low. He decided that the submarine would return to Germany on the following day, May 7th.

On the 7th, as the crew were preparing to return to Germany, Schwieger studied the horizon through his binoculars. He spotted a huge steamer. He immediately ordered that the vessel should dive. He ordered the crew to head towards the ship he had seen. In consultation with another officer, he decided that although the steamer flew no flags revealing its nationality, it was bound to be one of four; the Lusitania, the Olympic, the Aquitania or the Mauretania.

Schwieger faced the decision of his life. He was aware that these liners often carried munitions. He knew too that such liners were often used to transport troops; troops whose aim was to kill German soldiers.

To be correct, he should have done what he did with the ships he had encountered during the last few days – fired warning shots and given the occupants the chance to escape before sinking the ship. But he also knew that these ships were given orders to ram or fire upon any U-boats they were to encounter – he believe, because Churchill announced this in parliament – that many liners were well-equipped with guns of the type that were perfectly capable of destroying his own vessel.

To Schwieger, there was only one option – he had to attack

Then, the ship turned. Schwieger said ‘she was coming straight towards us. She could not have steered a more perfect course if she had deliberately tried to give us a dead shot’. At exactly 2.10 pm, the ship was 400 yards away from the U-boat and Schwieger gave the order to fire.

Eighteen minutes later, the Lusitania was on the ocean bed.