The Prince of Los Cocuyos by Richard Blanco

Home » All books » The Prince of Los Cocuyos by Richard Blanco

Little Riqui grew up to be Richard Blanco, who became the fifth inaugural poet of the United States becoming the youngest, the first Latino, the first immigrant and the first gay writer to do so. In this autobiographical book he tells about his childhood in the Cuban community of Miami.

It’s a highly entertaining and very often a laugh-out-loud book featuring a wonderful range of lively characters and at the same time, explores what it was like to be not quite American, not quite Cuban and potentially gay in the macho world in which he grew up.

His parents and grandparents had left Cuba by the time Riqui was born – he arrived when they lived in Madrid for a short time. When Riqui was still a baby, they decamped to American where they set up a permanent home in the Cuban community in Miami. So he grew up knowing a clash of cultures  with his Cuban parents, grandparents and their friends on the one hand and his American friends and schoolmates on the other. And the differences between the two cultures was immense. 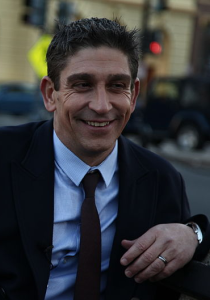 For example, even though cheap food was to be had at the local Winn Dixie supermarket his grandmother, a wonderful character who was all for saving money, wouldn’t shop there because it was an American store with American food for American people. But Riqui wanted her to buy the foods that he ate with his friends – those American items such a Pop Tarts, Ritz Crackers and Cap’n Crunch.

But his grandmother preferred to shop at the Cuban stores rather than ‘el Winn Deezee‘ until Riqui decides he will take her – with comic results.

As he is growing up, Riqui hears his elders reminisce about Cuba – just about every aspect of Cuban life is discussed and wistfully described. They run the household on strictly Cuban lines, eat Cuban meals and keep up the familiar traditions from the old country. So Riqui is growing up in what could be described as two different countries and feeling as though he isn’t a part of either of them.

Because Mr Blanco weaves his recollections and his characters in such a brilliant way, you’ll feel that you know the people, that you can smell that pig roast and believe that you really know Los Cocuyto, the Cuban family store where Riqui works during his teen years. 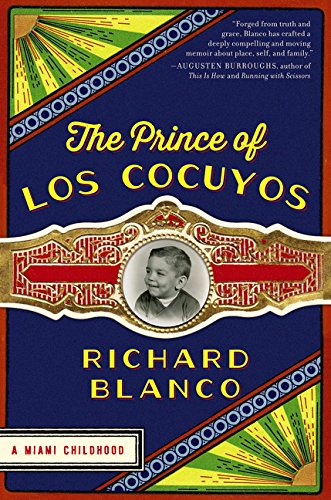