Queen Elizabeth II and her corgis 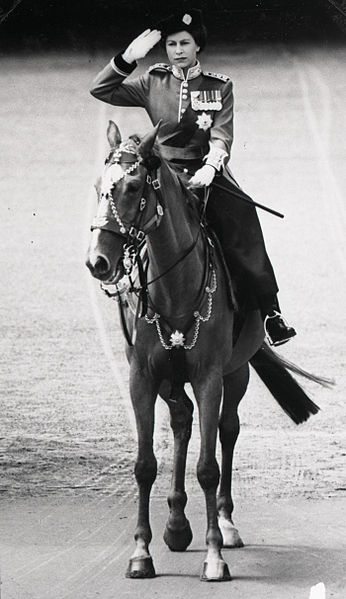 In many ways, it’s a bit of a joke and a cliché. These Welsh dogs were first introduced into the royal family by Elizabeth’s parents. She grew up with these cute little dogs.

She has owned more than thirty corgis during her years on the throne. She even took one on her honeymoon.

But this tradition may be drawing to a close.

We have to remember that the queen was born in 1926. By any stretch of the imagination, she is now what we might refer to as ‘an older lady’. But she is still devoted to serving the country. Which is quite remarkable at her age.

But she is a realist. She is aware that the what we shall call the ‘low profile’ of the dogs means that she could easily trip over them. If the queen was incapacitated by a broken arm or ankle, she could no longer undertake her gruelling schedule. At least, this is what is being currently reported.

As her corgis have died, they have not been replaced as they might have been in the past. Recently her granddaughter Beatrice offered her a couple of pups but Her Majesty politely declined the offer. She now only has two corgis.

She has now decided that no new dogs should be introduced into her household. Nevertheless she is the ultimate animal lover.

The corgis are almost a part of the queen’s brand. When she took part in the spoof parachute jump with James Bond (Daniel Craig) in 2012, the corgis were an integral part of the scenario.

She still drives stick shift Land Rovers; she still rides horses regularly. But she is not replacing her corgis for the sake of her public appearances and the country.

I think that’s rather cool 🙂