The Roots of “Not Your Mother’s Goose”

Home » All books » The Roots of “Not Your Mother’s Goose” 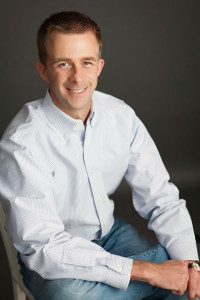 By Topher Goggin, Author of Not Your Mother’s Goose

When I began chatting with Merry Citarella about doing a guest post to go along with the coverage of my book, Not Your Mother’s Goose, I wasn’t sure what to use for a topic. It’s not like I actually have any special expertise in the fairy tale field. (Let’s just say that the NBC Nightly News hasn’t been calling to bring me on as their Senior Reporter of Fantasy Stories—though Ido hear that position is open now that Brian Williams is gone.)

Once I got to thinking about it, however, I came up with a plan. NYMG, in its final form, is a collection of mega-sarcastic fairy tale recaps and fake news stories starring fairy tale and nursery rhyme characters. But that’s not how it started. When I first started working on the project (back in approximately 1850), the plan was to write a bunch of satirical fairy tale “sequels.”

Let’s just say this idea didn’t quite work—not even on an “Aladdin 4: Straight to DVD” level. Exactly how I convinced myself that a four-page story about Baby Bear (of Goldilocks fame) becoming a cop and investigating robberies at a nursing home would be a good read remains a mystery to me today.

Nonetheless, I wrote about ten of these sequels, certain that they were at a level of humor straight off of Dave Barry’s word processor. I didn’t realize that they were basically crap until I gave them to my mom to read and she deemed them, “Um. Interesting.” She did, however, like one part of them—the very sarcastic recaps of the underlying fairy tales I had put at the beginning of each story. Those became the starters for the current book, which I suppose is really NYMG 2.0.

I thought it would be fun to go back and look at those original sequels, which I hadn’t read in at least a couple of years. Once I stopped hitting myself in the head with a flyswatter for writing such drivel, here’s some of what I found:

• “Jack” of beanstalk fame moves to America and becomes an infomercial king (heralded as the “Second Coming of Ron Popeil”), selling golden egg-laying hens and self-playing harps for $24.95 plus shipping. All goes well until the Sierra Club sues him, claiming the beanstalk he cut down was an endangered species.

• Little Red Riding Hood tries to extend her fifteen minutes of fame, moving to Hollywood and becoming a D-List a movie star. We visit her during an appearance on Dr. Phil, where the Big Bad Wolf shows up as a well-dressed member of the studio audience. (“Wearing a tan sports jacket and aviator glasses, but also spouting fur from every place imaginable, he might otherwise have passed for Don Johnson with a serious body hair problem.”) The Wolf then delights the audience by eating Dr. Phil on live TV.

• Regarding the other Big Bad Wolf (from Three Little Pigs fame), a writeup of his Wikipedia page shows that he went on to become a New York City cab driver, professional poker player, and then bagged a job as the mascot for the University of Nevada Wolfpack basketball team. (“He regularly receives a standing ovation when, after every jump ball, he huffs and puffs and blows the possession arrow the other direction. He is also especially proud that he has only eaten four children in the crowd, and is quick to point out that three of them were cheering for the opposing team.”)

• A suspicious Snow White hires a private investigator to follow Prince Charming, discovering that he is cheating on her with Cinderella, Sleeping Beauty, and possibly Oprah.

• Pinocchio’s obituary appears, describing his untimely death after a lengthy battle with Dutch Elm Disease. The obit notes that neither appearing as a contestant on Survivor or running for the U.S. Senate did any favors for the size of his nose.

• Robin Hood gets exposed by cable news for abandoning his roots and becoming the fat-cat corporate CEO of the Notting Ham Food Corporation (calling himself the new “Sheriff of Notting Ham”). Maid Marian also is accused of secretly having extensive cosmetic surgery, to the point that she should now be called “Made” Marian.

Reading them again, even though they are almost cringeworthy (seriously . . . yikes), I was surprised to see how many jokes from the original versions still found their way into the final book. Many of them morphed into headlines and news stories, or became part of Rick Cunningham’s tremendous illustrations. Now if I can just improve on that review from mom, I’ll be all set and ready to go.

Thank you Topher for sharing this with us today.  I so enjoy your sense of humor!  Readers, you can learn more about the book Not Your Mother’s Goose here.