The Queen’s Royal Standard and its usage

The royal standard is actually a banner of arms and it used by members of the royal family, notably Her Majesty the Queen. It flies above her royal homes when she is in residence.

Traditionally, it is the only flag that is flown from royal properties 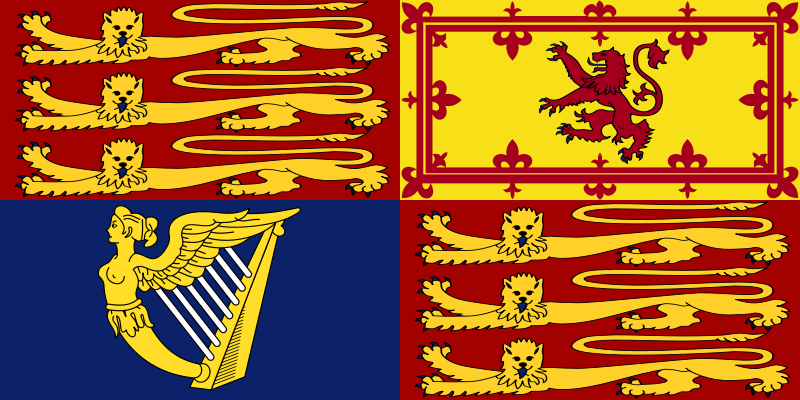 Why the flag is never at half mast

The flag exists in order to show that the monarch is in residence and is never flown at half mast (or half staff as it is also known). Some people imagine that it should be lowered to half mast when the sovereign dies but this isn’t the case.

Monarchs do not die in hospitals; they see out their last hours at home. And in this event, the heir to the throne is invariably summoned and is present.

Therefore when the sovereign dies, the heir immediately becomes king or queen so the present monarch is in residence. (the King is dead. Long live the King). It is deeply symbolic of the continuity of the monarchy.

In 1910, young princes David (later Edward VIII) and Bertie (later George VI) looked out of the window of Buckingham Palace and saw the unthinkable – the Royal Standard was at half mast. Rushing to their father, they were told that their grandfather, King Edward VII had died. They told their father, now George V, that they knew because of the Royal Standard. The new king, although distressed by the death of his father, called immediately for an equerry to rectify this error.

In August 1997, when Diana died, the press whipped public opinion into a frenzy about the fact that there was no flag flown at half mast from Buckingham Palace. Many people feel that this question would have never occurred to the public and blame the media for the ensuing outcry.

The queen, whose priorities at that time were strictly for her two grandsons who had tragically lost their mother, was hurt and baffled by this. She was also a little angry.

She felt that it showed a lack of understanding about British tradition and history. The Royal Standard, as explained above, is never flown at half mast. The flagpole at the palace was bare because no flags are ever flown over a royal residence when the sovereign isn’t there. She didn’t expect that some members of the general public would be aware of the finer points of the symbolism of Buckingham Palace flags, but the media was certainly expected to be.

The queen could see any reason why the traditions of hundreds of years should be abandoned.

As we know, after several days of the media’s pressure on the situation, the queen gave in to popular opinion, returned to London, with the boys, and as a compromise, allowed the Union Flag to be flown at half mast.

This action set a precedent and today, the Union Flag can often be seen flying above Buckingham Palace.