The Tusk that did the Damage: Review

Home » All books » The Tusk that did the Damage: Review

The Tusk that did the Damage 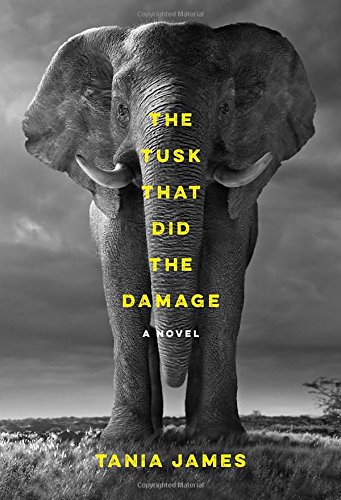 The Tusk That Did the Damage: A novel

This fabulous book will take you on a journey to the south of India.

This is a story about the ivory trade and it’s told from the perspective of three protagonists. The first is Manu, the son of a rice farmer. His older brother becomes involved in the ivory-poaching business.

The family is poor, the work on the farm is hard and killing elephants for their tusks can put bread on the table. It’s illegal, but when Manu’s father dies, leaving his two sons and a widow, times are hard.

We also meet Emma. She is an American filmmaker and is in India to make a documentary about the work done to protect the elephants.

The other character we meet, when he is just a youngster, is an Indian elephant who, as the book progresses, becomes known as Gravedigger. His mother is killed by the ivory hunters and Gravedigger is taken into captivity.

His life becomes intolerable and eventually, he escapes from his chains and returns  to the wild. But he seems intent on wreaking revenge against mankind; mankind that killed his mother in front of his eyes when he was small.

Manu’s younger cousin, a boy who is like a brother to him,is killed by the now wild Gravedigger.  His family want revenge. Will Manu be dragged into the world of killing elephants?

His motive wouldn’t be to sell the ivory, his motive would be revenge for his cousin’s death. Does the motive justify the end result?

As we learn more about Manu, Emma and Gravedigger, we empathise with them all. We can understand how Manu feels, with his family pressures. Emma is in a strange country, texting people one minute and learning about the horrors of animal cruelty the next.

The Tusk That Did the Damage: A novel

We can understand Gravedigger only too well too. Who will win? Can there be a winner?

The author, Tania James, interweaves her story of the present day ivory trade with Indian legend, myth and superstition. Manu, Emma and Gravedigger live their own particular realities until their stories entwine. What will happen when three such different worlds – that of the modern American, the traditional farmer’s son and the instincts of the elephant – collide?

And so it was that the elephant graveyard came to be. In time, all the elephants knew the way to the dead. Some elephants were known to limp for miles, haunches bristling with arrows, trickling blood across farm and forest and scrub grass to reach the secret lake. Just as the Sage had promised, one sip and an elephant could expire in peace.