The Unknown Pleasures of Joy Division

Home » All entertainment » The Unknown Pleasures of Joy Division

Andy Royston takes a look back at Unknown Pleasures – a classic post-punk album by Joy Division, released in 1979.

“What stunned me then, and still stuns me now, is how a band and their manager could have created a record of such awesome beauty and, by and large, fail to notice it” – Mick Middles: Factory – The Story of the Record Label 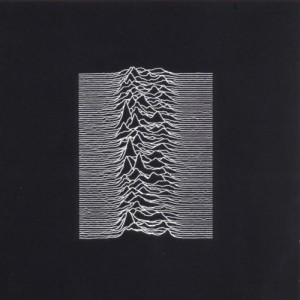 I picked up my copy of Unknown Pleasures around my 18th birthday from Revolution Records in Sheffield’s Castle Market.

In the summer of ’79 its harsh, minimalistic sound and Ian Curtis’s edgy baritone heralded the future  – and presaged my flit across the Pennines to study in the city of Manchester, where they were from. They used to give student grants to any old ha’porth in those days and I was about to make the most of it.

I’d chosen Manchester entirely because of the music.

The legendary Electric Circus had long closed but the promise of visiting other venues such as The Factory, where over the past year Magazine, Cabaret Voltaire, The Fall, Ultravox, Pere Ubu and Wire had played, was beyond exciting. Getting accepted by Manchester Poly was my ticket to the coolest city in England. Joy Division’s debut album was the soundtrack to my summer as I prepared for my September move.

Unknown Pleasures was a huge step forward for Factory Records, a small independent record label based in a small flat in South Manchester. Their first release, the stylishly packaged Factory Sample EP had made a few bob, and with their one brush with the major labels (RCA) coming to nothing it was decided to record their debut album locally. A deal was worked out with Factory owner Tony Wilson on dinner napkins one night, and the band was promptly booked into the plush Strawberry Studios along with the already legendary Martin Zero – a.k.a Martin Hannett – at the controls. 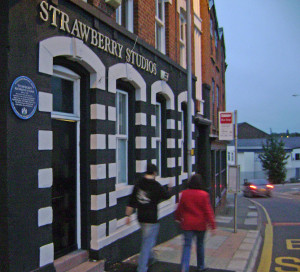 Factory had only used Strawberry’s 24 track studios to do mixes prior to booking Joy Division in for a three week stint and it was way over spec compared to what they were used to. Thanks to the presence of Martin Hannett, though things didn’t go entirely to plan. Hannett had his own way of doing things and wasn’t about to change. He preferred mixing alone and – according to Bernard Sumner – thought that musicians were complete twats who had no right to stick around a music studio once they’d played their parts. “The band were a gift to a producer,” said Hannett once, “because they didn’t have a clue!”

Joy Division’s Peter Hook told Spin Magazine that Hannett was pretty wacky and eccentric “and once he got into drugs, which we weren’t, he became more and more obtuse.” fellow member Bernard Sumner picked up the theme: “when the staff finished at about four in the afternoon Martin would lock all the doors and make us take drugs… we ended up working, not surprisingly, all through the night and then we’d go back to the flat at ten in the morning trying to get some sleep.”

Hannett by this point was turning up to recording sessions with a lot of his own gear, digital delays and reverbs, compressors, noise gates and a set of analog effects gadgets. This gave him a lot of combinations to work with, and put this to work on Joy Division. He particularly worked on Stephen Morris’s drum sound, recording each part of the kit separately and adding a fast delay on the snare to punch it up a bit. 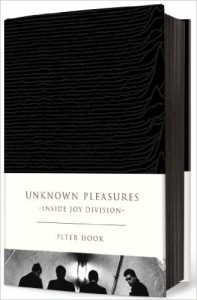 “I think we all thought Martin was a bit bonkers, because he was a weird larger than life character, no doubt about it, even at that stage before the drugs got hold of him. Thinking back at my first impression of him was his big curly hair and the trampy hippy look he had going on. And the non-stop smoking – dope and cigarettes – so that the atmosphere in the control room was like a wizard surrounded by smoke and in charge of his strange machines.” Peter Hook – Unknown Pleasures: Inside Joy Division

Joy Division were developing a strong live reputation around this time, with a heavier, bassier sound. Sumner and Hook were not impressed with the final mix of Unknown Pleasures when the white label copies arrived. Bernard told Mick Middles at the time “Well it worries me, seeing that album going out to people. I’m not sure if I like it, you see. The sound seems drained. It just sounds so much better live. It’s just not really us at the moment.”

Part of Bernard’s issue was that the studio was a full spec 70s style studio with carpets on the walls and a dead sound – no ambient sound at all. The idea was that producers would add the electronic ambience afterwards. To Sumner and Hook the whole thing sounded tinny. To them Hannett had robbed them of their power, taken away the rocky aggression that was a feature of their sound. Hannett’s innovations had taken over to a large degree. Singer Ian Curtis, though, loved it.

This is the way, step inside

The album came out to instant acclaim. Glowing reviews appeared in all the music papers – which we all devoured at the time. Mick Middles, who wrote for Sounds on most things Manchester, noted how clever Hannett had been with his production of the album. 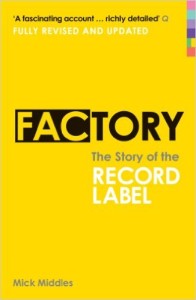 Factory – The Story of the Record Label by Mick Middles. Click image for more details.

“With the use of digital delay he had created the impression of suppressed power, of intensity of feeling that at any moment something might blow.

In a live situation the band could pump and push along with those drums as they did the whole image controlled and conducted by the central and improving presence of Curtis. On record, however, the attack had to be more subtle.” – Mick Middles: Factory The Story of a Record Label

For the band the experience propelled them into new areas. As Bernard Sumner says in his biography Chapter and Verse, Hannett changed their idea of what could be done in a recording studio and by the time they came back indoors to record the next album, Closer, the whole band were much more attuned to possibilities.

The record still makes waves today. Venerable music website Pitchfork calls Unknown Pleasures one of the most perfect pairings of artist and producer in rock history.

In Ian’s notes there is a list of alternative titles: the album could have been called From The Wilderness, Symptoms of Collapse, Will of the Underworld, Cause for Anxiety, Convulsive Therapy or Passover. In the ten songs he travels through time and space, through a visionary landscape that begins in the knowable – late seventies’ Manchester – but ends up in the dark recesses of the imagination, in the trials of law and strength, in guilt, despair and isolation.” – Jon Savage: Introduction, So This is Permanence, Joy Division Lyrics and Notebooks by Ian Curtis

Manchester, so Much to Answer For 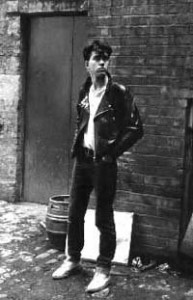 I arrived in Manchester having worn out my copy of the album, and for my sins had totally bought into the image of Joy Division as being elitist, withdrawn and angst-ridden. (I got talking to the band in the bar at a Clash show and soon had that put straight.) I wasted so much time attending gigs in places that had long lost their luster simply because I’d read about them in the music papers.

I was full of all the music that had inspired the band – Lou Reed, Iggy, Kraftwerk, The Velvet Underground – and had bought into the idea of Manchester as a post-modern city full of creativity.

What I found was post-industrial and decaying Victoriana.

Buildings that are now swanky flats and apartments were empty and broody for the most part, and the place had certainly seen better days. It was threatening at night too – the Yorkshire Ripper scare was now on Mancunian minds and the Moss Side riots were not too far away.

There were pockets of creativity on week nights in god-forsaken dive bars and out-of-the-way venues ( The Squat, The Mayflower, Rafters) and in some cases genuine innovation. The Beach Club on Dantzic Street mixed poetry readings, avant-garde films and DJs to support visiting bands like U2 and (later) a first show by New Order – which I completely missed because I was downstairs watching John Waters’ Pink Flamingos movie.

Long after I’d left the city Manchester turned into Madchester. The Hacienda turned from being a massive empty warehouse covered in silver blue paint to a hedonistic hipster mecca. The dusty old streets were transformed by swanky trams and the empty old canals and Victorian back streets are now awash with craft beer and Costa Coffee.

I’m not at all sure that any of these were the unknown pleasures that album promised.

So many of us walked away with an older, timeless vision of Manchester deep in the heart, thanks to Joy Division and their extraordinary debut album. 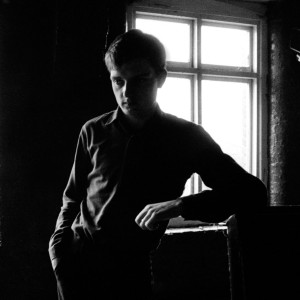 Ian Curtis by Kevin Cummins. “Kevin’s pictures of Joy Division in Hulme are iconic images. As he has said, they are not pictures of a band but of space. Through them we see Manchester’s Hulme estate through both his lens and the bands imaginative vision.” – Sam Jacob of FAT Architecture. Buy Kevin’s ‘Manchester – Looking For The Light Through The Pouring Rain’ here.

In 2016 it is impossible to listen to Unknown Pleasures without reference to the fate of Ian Curtis, who would take his own life just a year later. Like Kurt Cobain, Curtis has been idolized and romanticized – his lyrics poured over for clues to his mental state. A morbid curiosity emerged almost immediately and continues today, after movies and commentaries have added to the mythology. I owned every piece of vinyl they ever made, but after Ian died there was wave of hysteria that left me cold. I’d lived with Joy Division’s music and Ian’s lyrics and recognized the poetry therein, but to turn him into a kind of post-modern Sylvia Plath seemed a bit much.

To a great extent those lyrics stand up to poetic scrutiny. Curtis’s melancholy lyrics and his haunted poems, set against Joy Division and Martin Hannett’s bleak soundscape, resulted in something totally new. It was almost metaphysical in its impact and history now places Ian as the city’s greatest song-poet. Listening to the work in 1979, though was different, more exhilarating and unencumbered by the sense of tragedy that surrounds it like a shroud today.

Back then there was no trauma, No “Ian Curtis Died For You” headlines, no rock and roll suicide.  Just Manchester and the music.