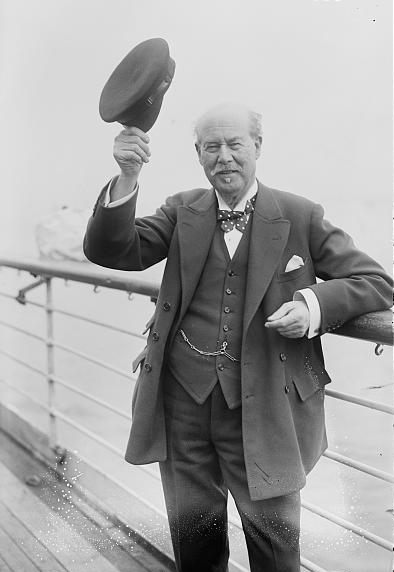 One of the first exponents of what we now call guerilla marketing must have been Thomas Lipton, back in Victorian times.  This grocery store owner was the master of publicity stunts.

Sir Thomas was a Scot and on 9th July, 1878, traffic was at a halt in his hometown of Glasgow, as people watched the progress of three chubby and content pigs, dressed in bright clothes, and bearing the slogan ‘Home-fed and bound for Liptons’.

This was the culmination of a series of newspapers ads showing contented pigs happily heading for Liptons to be transformed into a wide variety of tasty products.

That’s not the sort of stunt that would be wise today.

However, another of his brainwaves might. Sir Thomas hired men of two distinct types. The first group looked skinny, undernourished and unhealthy. Members of the second group were prosperous, well-proportioned and appeared to be full of health and wellbeing.

The first group would parade the streets bearing placards reading ‘Going to Liptons’; the second,of course, had the legend ‘Coming from Liptons’.

Passers by couldn’t help but notice the difference – the ‘before and after’. Other initiatives included:

Sir Thomas was keen sailor and loved sea voyages of any kind. He was on the SS Orotava when it ran aground.  The crew needed to throw cargo overboard to right the ship.  Thomas Lipton paid a crew member to create a stencil and have ‘Drink Liptons Tea’ emblazoned onto every box, barrel and crate that was thrown overboard.

Another ship was involved in yet another one of his guerilla marketing tactics. It was 12th December, 1881, when the ship SS Surania docked at Glasgow. From America, it had brought two huge cheeses, each one weighing 3,472 pounds. They had been created by the largest dairy in the United States.

Lipton produced press releases informing reporters that two hundred milkmaids had worked on eight hundred cows over a six day period to extract the four thousand gallons of milk required to make the huge cheeses. Each one was eleven feet wide.

These were immediately put on display. He then decided to milk (sorry) the situation even further. He forced coins – sovereigns and half-sovereigns – to the body of the cheeses and scheduled the grand carving and sale of individual portions of cheese. The public were agog. Who knew if their portion of cheese would contain a valuable coin?

To add to the excitement, he hired police constables to guard the cheese and effect crowd control. And the crowds did arrive in great numbers. When the cheese was ceremoniously carved and the portions sold, one of the policeman on duty found a sovereign in his portion. He was so excited that he broke into a frantic dance, losing his helmet in the process. The press loved it.

So successful was the stunt, that Lipton repeated it many times – until 1893. In that year he imported a twelve ton, six feet high cheese from Canada, sent on the SS Laurentian. As it approached the docks at Liverpool, even though it was several miles from the port, people noticed a funky smell.  Yes, the cheese had gone bad.

But even this secured valuable publicity for the great public relations specialist. Well, they do say that there’s no such thing as bad publicity, after all.