Who Was Timothy Evans?

Home » All society » Who Was Timothy Evans?

Who was Timothy Evans? 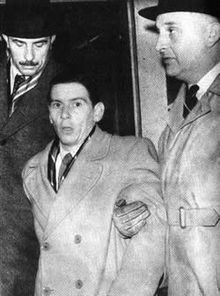 Timothy Evans was twenty-five years old when he died in London in 1950. He was hanged for the murder of his wife and their baby daughter. But it was later discovered that there was one big problem.

Evans was illiterate. He had suffered various illnesses as a child and had hardly any education. When he was still a boy, his family moved from their native Wales to London.  When he was old enough, Timothy moved back to Wales to work as a coal miner but when his poor health was exacerbated by this, he moved back to London and worked as a van driver.

When he was twenty-two, he met and married a young woman called Beryl and the couple moved in with Timothy’s mother but when Beryl discovered she was pregnant, they found a rented room of their own.

Their accommodation was really too small to be called a flat or apartment. It was two tiny rooms on the top floor of a miserable three-story, run-down terraced house with a tiny washroom and toilet downstairs in an outbuilding. On the middle floor lived an elderly, almost blind man who was often in hospital and on the ground floor, a Mr. and Mrs. John Reginald Christie.

What Timothy and Beryl Evans didn’t know – no one did – was that Christie was a serial killer. Christie’s outward appearance was one of intelligence and sheer respectability. Once  petty criminal, he had re-invented himself during the Second World War and applied to be a special constable in the police force. He had been believed when he’d calmly stated on the application form that he had no previous convictions or criminal record. In those chaotic wartime years, it wasn’t checked and no one was aware that in previous years he had killed at least two vulnerable women. 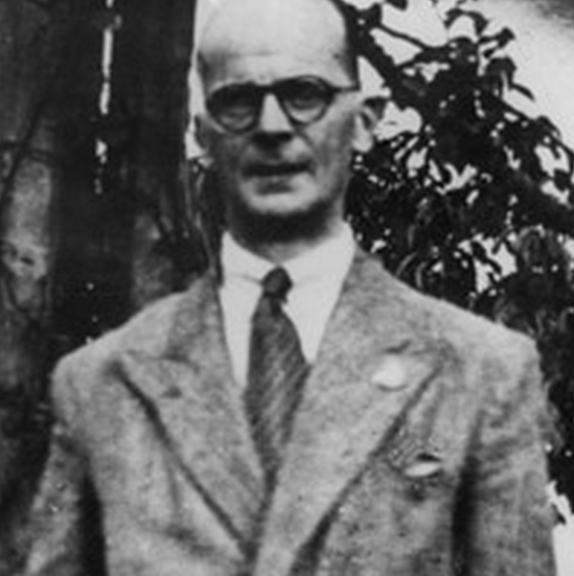 The Evans’ daughter, Geraldine, was still a baby when Beryl found that she was pregnant again. There was no room in their tiny accommodation for another baby and no money, so Beryl wanted an abortion. Timothy was against this and it caused the couple to argue. In the tiny doll’s house that was 10, Rillington Place, Christie heard their rows and became aware of the situation. His desires came to the fore.

He explained to the couple that he had overheard their arguments and told them that he could help. He told Evans that he had been in training to be a doctor before the war and therefore knew how to carry out abortions. He showed Timothy the first-aid book he possessed and said it was one of his textbooks from his doctor training. Illiterate Timothy was impressed by the diagrams. The abortion was arranged.

It was arranged that when Timothy left for work one day, Christie was to climb the stairs to the Evans’ rooms and perform the abortion. When he entered the room, he calmly and quietly strangled Beryl and sexually assaulted her. He also strangled baby Geraldine. He hid the bodies in the outbuilding and when Evans came home, told him that ‘something had gone wrong’ with the abortion and that Beryl had died as a result. When Evans asked to see the body, Christie told him he had put it down a large drain in the road.

Evans on the run

He explained to Evans that as her husband, he would be the one to be suspected of causing her death. When Evans asked about his daughter, Christie calmly explained that he had arranged for her to be looked after by a respectable young couple who would keep her until things had calmed down. To the low-intelligenced Evans, this made sense and he fled for Wales.  After all, Christie was a ‘policeman’ and a ‘doctor’. But in Wales, he worried desperately about his daughter.

When he could bear it no longer, he went to the Welsh police telling them that he had ‘disposed of’ his wife. He was anxious to get it out in the open so that he could return to London and to Geraldine. But he also wanted to protect Christie, the man who had been so ‘helpful’. Initially, he told the police that Beryl had died because of abortion pills and he had disposed of her body down the large drain.

The police checked the drain and found nothing. Evans continued to tell them cock-and-bull stories, all fabricated in his childish mind to explain the death and keep Christie out of it.

Eventually, at his wit’s end, he told them about Christie and the abortion. The house at 10, Rillington Place was searched again and nothing was found. In fact, had the police dug the garden, they would have found the remains of the other two women Christie had killed but it didn’t occur to them.

But Beryl and Geraldine’s bodies were eventually found in the outhouse and when the police accused Evans of killing his wife and his daughter – showing him items of the clothing taken from their bodies – Evans simply said ‘yes’.

The bereaved, distraught and worn out Evans then gave a statement about how he had killed them. It was ludicrous and full of police jargon, using words that illiterate Evans wouldn’t even have known.

Christie testified against Evans in court

The quiet, respectable Christie was believed.  Evans was not. On March 9th, 1950, Evans was hanged for the murder of his wife and child.

A House to Remember – 10 Rillington Place

But the trial had taken its toll on Christie. He continued to kill. Even his own wife was one of his victims and he concealed her body under the floorboards of the house at 10, Rillington Place.

He hid other bodies in alcoves in the house. At the end of his tether, he moved out of the house in early 1953 and became ‘of no fixed abode’.

The new tenant of Christie’s rooms at Rillington Place decided to put up some shelves in the kitchen. He ripped away wallpaper that was covering a previously unknown alcove and found the decomposing bodies of three of Christie’s recent victims.  Subsequently, the police found the remains of two other women buried in the garden and those of Mrs. Christie under the floorboards.

Christie was found, arrested and sentenced and was hanged on 15 July 1953.