Home » All society » The Triangle Fire

Thirty five horse-drawn fire fighting vehicles were dashing through the streets of Manhattan.  It was March in 1911 and the streets were quiet on that Saturday afternoon. But nevertheless, the firefighters were unable to save lives that day. 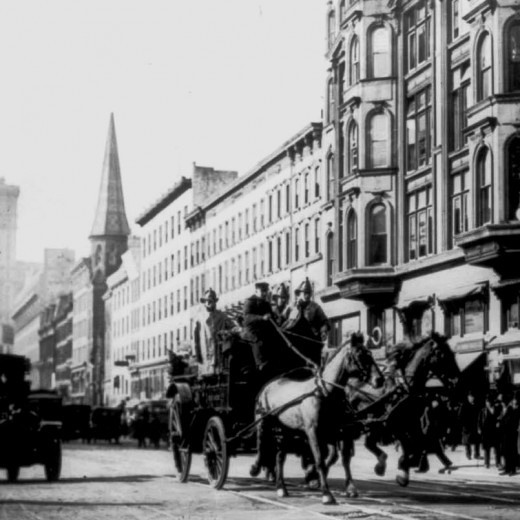 They were headed towards the Triangle Shirtwaist Factory where fire had broken out in the ten-storey building. The business, which made ladies’ clothing, employed hundreds of workers, mostly young women and girls from immigrant communities. On that March day, the fire had broken out on the eighth floor of the building. 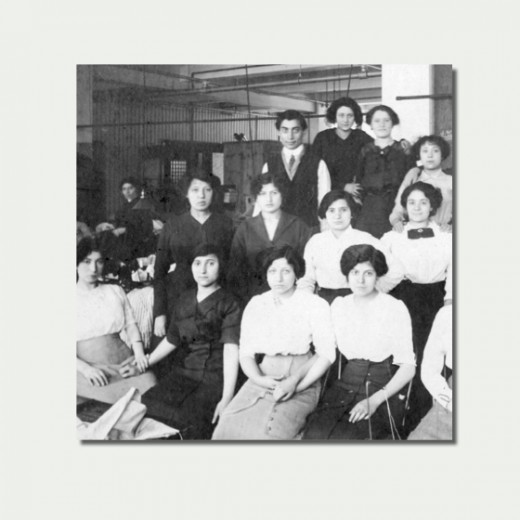 The workers who occupied the lower floors of the building were able to escape but those further up were not as lucky.

When the terrified girls tried to rush from their workrooms to escape the blaze they found that they were locked in.

We don’t know to this day how the fire started. But a modern health and safety inspector would be horrified at the conditions within the factory. Fabric offcuts and discarded papers were strewn everywhere. It was supposed that the fire had been started by an employee sneaking a cigarette and carelessly disposing of the butt.

The fire spread through the highly inflammable building in a matter of seconds. The foreman who had the key to the workrooms escaped, taking the key with him. Girls were screaming as they realised they were trapped. The billowing smoke and the deadly flames grew closer. Some were saved by cramming into the elevators but they soon stopped working. Others tried the fire escapes but they were in poor repair and many people went crashing to their deaths as the fire escapes collapsed.

When the fire fighting crew arrived it was found that their ladders reached only as high as the sixth and seventh floors.

Crowds gathered in the streets below, their own cries of horror mingling with those of the trapped women and girls. New of the fire had quickly spread through the neighbourhood and friends and family of employees arrived on the scene, terrified for the well-bring of their loved ones.

On the top floor (the tenth) people rushed to the roof and precarious rescues were made with the help of people from neighbouring roofs and windows holding ladders and planks between the tall buildings. But further down girls, some little more than children, watched as their workmates’ clothes caught fire and they disappeared screaming into the dark, heavy smoke.

Their only way out was the windows

An onlooker on the street below shouted as he saw what appeared to be a bundle of rags fall from an eighth floor window. More followed – some of these ‘bundles’ were holding hands. One young man was seen to kiss a girl before they jumped from the window holding each other. 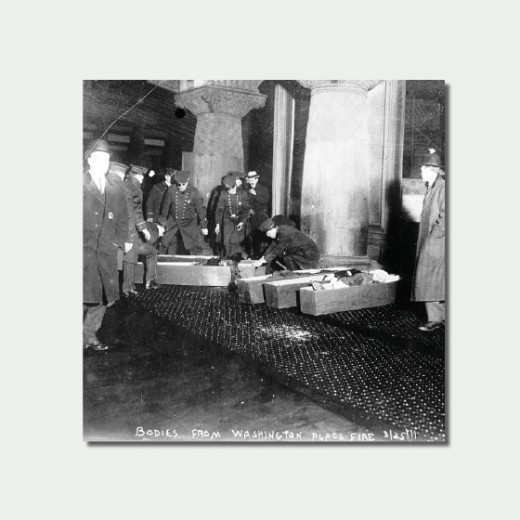 Bodies on the streets

One hundred and forty six people, the majority being young women, died. 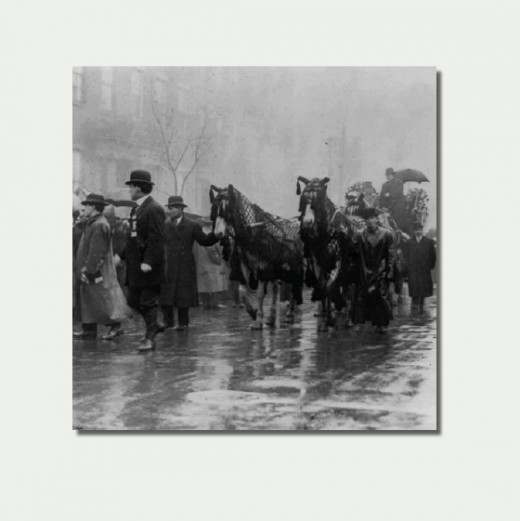 Scroll down to see the Triangle fire video. 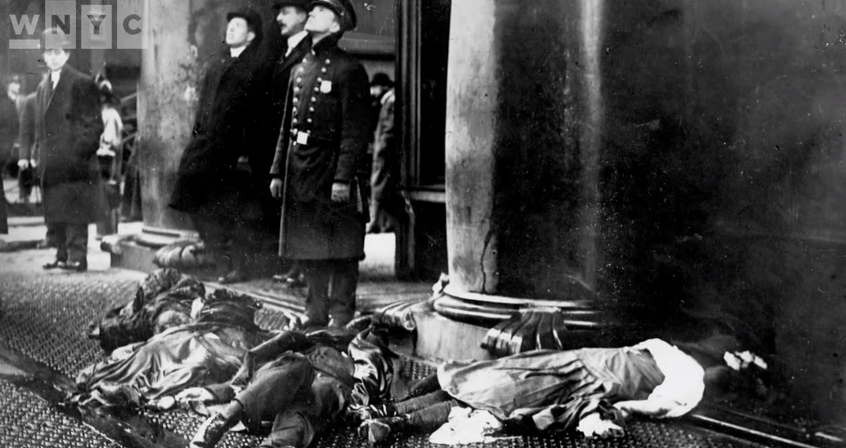 See Serphin Maltese, former US senator, speaking about his grandmother and two aunts who were lost in the Triangle fire.