Home » All society » Will we ever know the truth about Wallis Simpson? 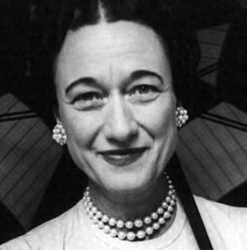 It’s a famous story, of course. In the 1930s the King of England was the unmarried Edward VIII. When he ascended to the throne, he had a long-time mistress, Wallis Simpson.

Although many members of the public believed that the king should be able to marry whoever he wished, the establishment were horrified at the possibility of their monarch marrying an American divorceé.

Famously, the king announced his abdication, declaring that it was not possible for him to continue in his role as sovereign ‘without the help of the woman I love’.  His brother took his place and Edward was declared to be the Duke of Windsor. Wallis meanwhile divorced her husband (her second) and the couple married.

As the Duke and Duchess of Windsor they were effectively exiled from Britain.  Shortly after the abdication, Edward was sent to the Bahamas, which were still under British control, as their governor. When that position ended, they lived in various places, finally settling in Paris. 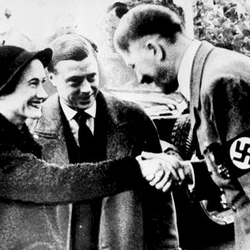 They never had children (it’s suspected that the Duchess of Windsor was infertile) and – it seemed to me – didn’t really have a happy life together.

The reasons for this were several but my own opinion is that one of these was that the duke was never happy with his exiled status. Although the pair had a high-profile social life, they seemed to be living life a little too hectically, a little too frantically,  for it to be genuine.

It’s a story that has always fascinated me and Wallis is particular. Over the years, scandals, rumours, questions and stories about her developed. Amongst these were: 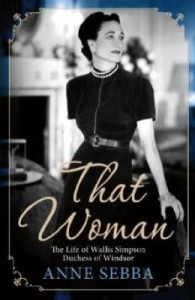 Although this was a long time ago, more facts might still emerge. A few years ago a previously unseen photograph album belonging to the Duke of Windsor  was discovered.

More recently, police details about the abdication crisis and Wallis’ private life were also released. As time goes by, documents that are classified information for a certain number of years ( the number depending on the agency holding the information) are being made available to selected people or to the general public.

This is fascinating because there is every possibility that we might still learn more about the curious relationship about the couple and much more about Mrs Simpson herself.

MORE ABOUT THE DUKE & DUCHESS OF WINDSOR: