Under The Covers – Shipbuilding

Home » All entertainment » Under The Covers – Shipbuilding

Andy Royston revisits the Falklands crisis and one of the most poignant songs about war ever recorded. 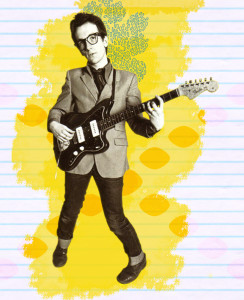 I’ve always been skeptical about protest songs. What is this thing, a song for the barricades or a sermon from the pulpit? Is that a broadside, a bulletin, a lecture? Can a mere song change people’s minds? I doubt that it is so, but a song can infiltrate your heart and the heart may change your mind.
Elvis Costello – Unfaithful Music and Disappearing Ink

Nick Lowe had thrown a party in London during the spring of 1982, and producer Clive Langer took Elvis Costello out to his car to play him a song he was working on. Langer was better known as a producer for bands like Madness, Teardrop Explodes and Dexys Midnight Runners than he was as a musician. His own bands – Pink Military and Deaf School – were a cult item but never really made it off the launch pad. 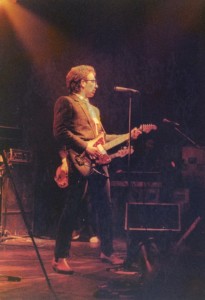 The song he played to Elvis Costello was already earmarked for Robert Wyatt – a singer known for his political attitude and his ability to interpret other people’s songs. Wyatt’s had been in the pop charts, improbably, with Neil Diamond’s “I’m a Believer’ and had also delivered Billie Holiday’s Strange Fruit and Victor Jara’s Te Recuerdo Amanda with equal subtlety.

Langer had more or less recorded the music already in Nick Lowe’s home studio, with Mark Bedford from Madness supplying a languid stand-up bass, and The Attractions’ keyboard whizz Steve Naive laying down the piano. He’d arranged the song after listening to Wyatt’s version of ‘Strange Fruit’ – with which it shares its ethereal musical atmosphere. Listen to it here.

Costello agreed to write lyrics for the song and then embarked on a tour of Australia and New Zealand with his band The Attractions. As he took off to the southern hemisphere a political storm erupted that saw many more heading south too. Britain had declared war on Argentina over some tiny islands way out in the South Atlantic ocean, sending warships and troops into battle. 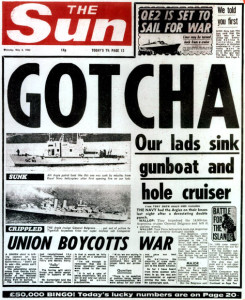 The Falklands thing was a fight between two bald men over a comb.”
Jorge Luis Borges

At this time I was living in the northern English city of Manchester – making a right pigs ear of running the socials at Manchester Poly’s new student building on Oxford Road. With so many of my friends being of conscription age it was inevitable that this little war was uppermost in everyone’s mind. The Falklands had been occupied by Argentine troops under the orders of their embattled military leader General Galtieri and the sabre rattling had degenerated into an avoidable sea war.

The British tabloid newspaper The Sun reported the sinking of HMS Sheffield and the General Belgrano warship as if it were a sporting contest, rather than a loss of hundreds of young lives. In Manchester were wondering just how far this sabre rattling would go. Would we be conscripted into some avenging army to defend the sheep on the hills of South Georgia? It was beginning to look increasingly likely…

Costello’s lyrics for Clive Langer’s lovely piano-based melody were overshadowed by the Falklands crisis, but also his own familial connection with the ocean and the industries connected to it. His lyrics to Shipbuilding were powerful, and in many ways it was as much personal as it was a protest song.

Costello arrived back in England just as the war was ending. Of the 255 British dead in the Falklands war, the vast majority had been killed at sea. They died in warships that had been built in the shipyards of Glasgow, Belfast and Liverpool. To these struggling shipyards a war like the Falklands, with renewed calls to strengthen the Navy, had come as a jobs boost, and for a time at least there were new orders as the navy was strengthened again. 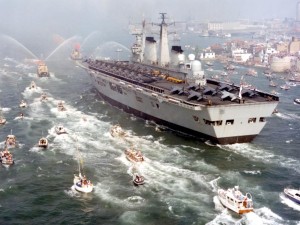 Elvis Costello knew very well the tensions and the struggles of life around these shipyards. His grandfather Patrick McManus  – living in Birkenhead – was a jobbing musician working on the White Star line ships that criss-crossed the Atlantic ocean during the 30s and 40s. Elvis writes in his biography: “In such days ocean liners struggled for passengers of any class and so shipyard workers, dockers, and even trumpet players found themselves thrown out of work”.

Costello’s song encapsulates the predicament of a working class that was suddenly expendable. The lines about someone who gets “filled in” for raising a voice of protest conveys the angry intolerance of Britain in the early 1980s when smacking the Argies was seen as a patriotic duty.

Oddly the meaning of the song was never discussed during the recording of it. “Musicians tend not to talk about things like that,” Wyatt told the Daily Telegraph years later. “We try to make everything as non-verbal as we possibly can. Elvis was very nervous about interpreting what he’d written.” What did Wyatt like about the song? “Clive’s beautiful chords. I hadn’t really thought about the issues. Plus I’m not good at anger. I saw my role as a messenger, just a canary really. The singer’s job is not to interfere. I simply shadowed the demo.”

‘Shipbuilding’ offered an uncomfortable reminder to a country still celebrating victory in the South Atlantic that things at home were not looking good for the communities whose young men had done most of the fighting. The song’s first line “Is it worth it?” sounded like the intro to a standard lament for lives lost at war. But it wasn’t. Costello was weighing the benefits of jobs temporarily saved in a dying industry – new clothes for the wife, a bike for the kid – against the human cost of the fruits of all that laboring. Robert Sandall Daily Telegraph

These days its clear that there were missed opportunities in the British shipbuilding business back in the 80s and 90s. Tough commercial decisions like the ones that saw France and Germany aggressively chase markets such as nuclear power or premium cars – were not made in Britain. In the UK, though, Yarrow on the Clyde, Harland and Wolff in Belfast, Cammell Laird and Vickers 0n the west coast, Hunter and Hawthorn Leslie on the east were in the end almost entirely dependent on one buyer: the British taxpayer. So when the £5.4bn carrier programme ended recently, job cuts and closures were inevitable. BAE’s Portsmouth shipyard, the last place in England that could build advanced warships closed just last year. Costello’s misgivings were right on the money.

Costello would have his own go at recording the song, going to the trouble of inviting jazz legend Chet Baker to provide not one but two solos on his version. Costello though has always sung in an American accent; Robert Wyatt’s delicate cockney-tinged voice remains the definitive take on this very British song.

As Costello observed much later, “It always seemed much more of an achievement to have any kind of hit with something so hushed and full of pain.” 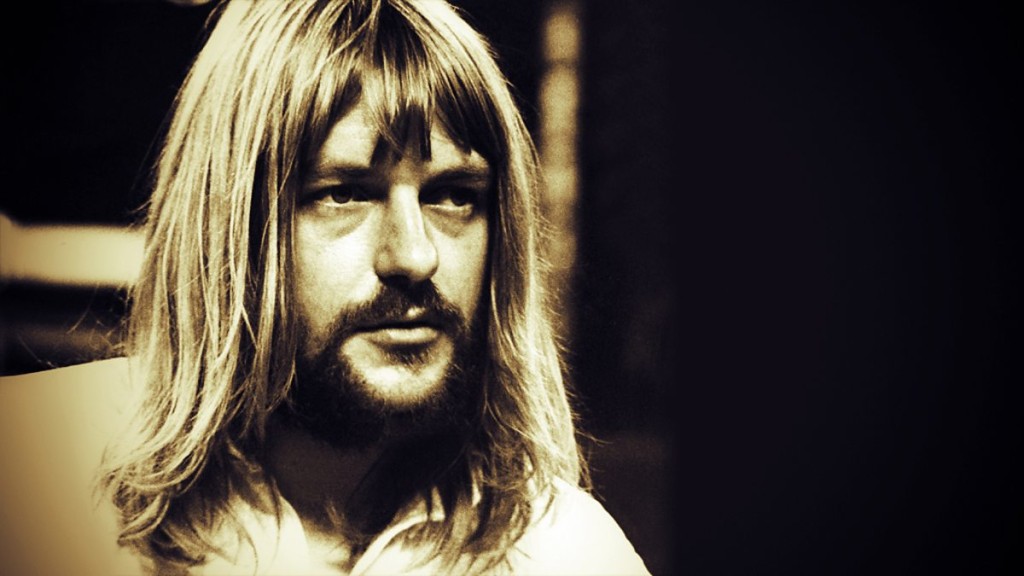 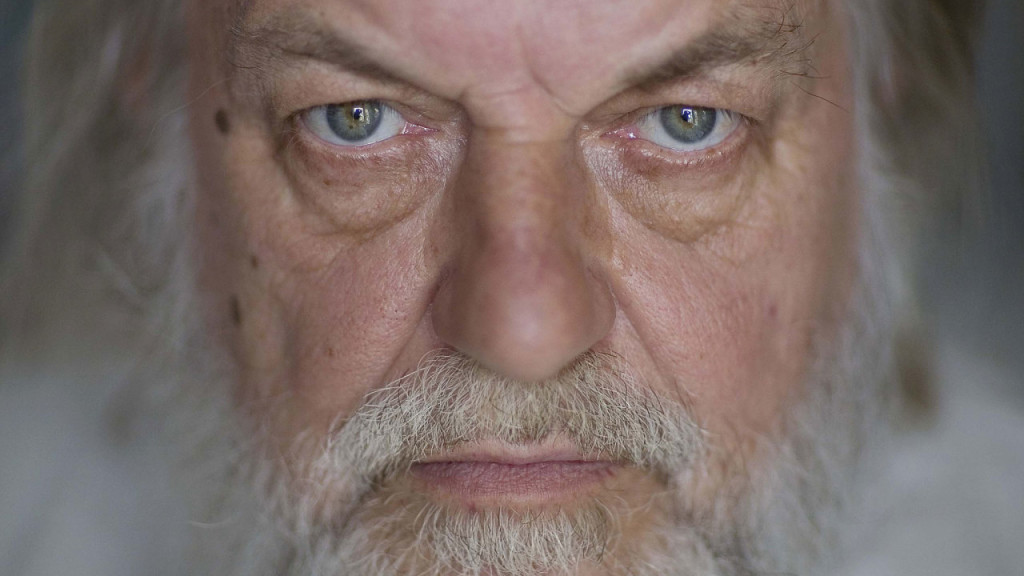