Under the Covers – Woodstock

Home » All entertainment » Under the Covers – Woodstock

Andy Royston gets muddy listening to cover versions of Joni Mitchell’s iconic anthem from of the Summer of Love.

“500,000 halos out shined the mud and history. We washed and drank in God’s tears of joy. And for once, and for everyone, the truth was not still a mystery.” Jimi Hendrix

“There were a LOT of people there. It was more than a city of people – it was tribal. Fires were burning, smoke was rising, a sea of hippies clustered together, shoulder to shoulder, hundreds of thousands of them. The focus of it was the well-lit stage. We could see it all from up there. It was intense, a very special moment” Graham Nash – Wild Tales 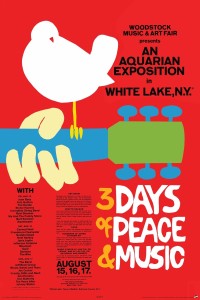 The Woodstock Music and Art Fair began with a few guys planning to use an open air rock music festival as a way to finance the construction of a recording studio, yet it became the high watermark of youth rebellion and counterculture. Without intending to Woodstock made a real statement.

A gathering of 400,000 plus people was going to attract attention anyway, but there was no violence, very little illness, and the expected chaos didn’t happen. Despite the rain, and the mud and the lack of food, sanitation and any kind of crowd control the festival made it through those four days with no major incident. Given what happened at the free concert at Altamont Speedway at the close of the same year, it was some kind of miracle.

This was the Woodstock Nation,  held by the freaks to be inevitable, and today, almost 50 years later it remains a cultural milestone, a tipping point of consciousness.

The Woodstock Music and Art Festival will surely go down in history as a mass event of great and positive significance in the life of the country … That this many young people could assemble so peaceably and with such good humor in a mile-square area … speaks volumes about their dedication to the ideal of respect for the dignity of the individual … In a nation beset with a crescendo of violence, this is a vibrantly hopeful sign. If violence is infectious, so, happily, is nonviolence.” The Boston Globe

In mid-August 1969 Joni Mitchell and Crosby, Stills, Nash and Young flew to New York to attend the Woodstock Festival, and Joni was due to appear on the Dick Cavett Show for her first appearance on national television. Given the aggressive promotion the festival was getting in Rolling Stone, Village Voice, The New York Times and on the radio it was clear that Woodstock was going to be invaded.

Joni was already an established live performer, having played Carnegie Hall in New York, but was yet to make it onto national TV. The Cavett show was her big opportunity. 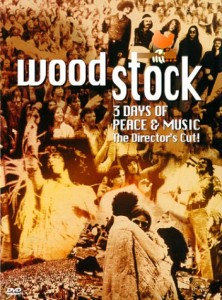 Woodstock – 3 Days of Peace and Music. Click for more

Joni wanted to perform, but her management, Elliot Roberts and David Geffen figured that getting Joni out to the festival and back again in time for the TV appearance would be taking a big risk. The festival had already started and traffic was backed up for twenty miles or more. Cars had been abandoned by the side of the road by festival goers who were now walking like pilgrims.

We arrived at LaGuardian airport and I picked up the New York Times and it said ‘400,000 people sitting in mud’. And I said to Joni, ‘Let’s not go’. David Geffen, Former agent

CSNY hired a helicopter to fly into the festival. Joni, meanwhile, stayed on at Geffen’s rented duplex at 230 Central Park South and watched it unfold on TV. She heard Max Yagur, the dairy farmer who owned the land on which the festival was played, address the crowd. “The important thing that you’ve proven to the world is that a half a million kids–and I call you kids because I have children that are older than you–a half million young people can get together and have three days of fun and music and have nothing but fun and music, and I God Bless You for it!”

“When I looked at that film my heart was breaking – this was the biggest event of my generation and I got that close to going and being a part of it.” Joni Mitchell

Joni wrote the song Woodstock that very night. CSNY’s Graham Nash, then Joni’s partner, said “By the time we got back to the hotel, having gone through that tremendous experience, the song Woodstock had already been basically written”  David Crosby later added that “Joni contributed more towards people’s understanding of that day than anyone who was there.”

The line “We are stardust, we are golden, and we’ve got to get ourselves back to the garden” made the song transcendent – as much a reference to getting back to the lost innocence of Adam and Eve as it about a bunch of stoners in a muddy field. It is said that the song captured the zeitgeist of the festival so much that when David Crosby tried to put his own experience into song he failed to capture anything close to Joni Mitchell’s original.

CSNY’s amped up version of Joni’s song is in some ways the original, in that it was released on their 1970 album DejaVu. Joni’s own version of the song came out just a few weeks later, on her April 1970 album Ladies of the Canyon. 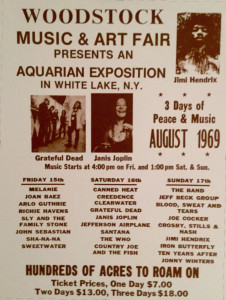 Some reckon that Mitchell wrote the song for them, which may or may not be true. It was their heavily produced rock version that everyone remembers, partly because of its use over the end credits of the Woodstock movie. That they became so deeply associated with the festival historically is largely down to their cover of Woodstock. The band had played so badly at the festival, in the small hours in pouring rain, that they’d gone back to the studio and overdubbed their parts for the movie and soundtrack selections.

Mitchell was touring in Europe when the Crosby, Stills, Nash and Young version broke into the Billboard charts. Stills and Crosby purpetuated the myth that Joni had penned the song after hearing about it from the Nash after the event. It all fits into the patronizing attitude that had forced Joni to be ‘protected’ from the festival while the boys had themselves their great career defining adventure. She later said that she’d very much felt like “the girl in the family” at the time. When the guys gatecrashed her big TV moment with their ‘Woodstock After Party’ vibe on the Dick Cavett Show this attitude was underlined.

It didn’t capture everyone’s heart though, not by any means.

Ian Matthews, from sunny Scunthorpe of all places, was the voice behind the version of Woodstock that’s most famous in England. Unlike Stephen Stills’ arrangement, trampling all over the song in his muddy boots, Matthews’ version, comes with harmonies much more in tune with Crosby Stills and Nash’s usual sound.

If anything these Brits sound more Californian than any of the more famous versions, yet Matthew Southern Comfort – containing half of the band that made Fairport Convention England’s premier folk rock band – were a wonderful blend of English and American folk pop styles. This is the version that stayed in the memory, regardless of the song’s provenance.

In 2002 Joni Mitchell released retrospective, nay a reminiscence, of her back catalog, and it included this dramatically orchestrated version of Woodstock. Here the song is presented on an epic scale, radically reshaped. She said that remastering the originals of many of her recordings wasn’t possible because, she said they were “irresponsibly maintained, a lot of them were corroded, so I had to go a different way.”

Travelogue is just what the title says it is: a talk or lecture on travel, the artistic journey that Joni Mitchell has undertaken and a series of snapshots of the places that it has taken her. Or, more accurately, a narration of memories culled from a series of snapshots, the snapshots being the songs themselves… Her legacy is already assured by the enormous shadow she’s cast over the art of singing and the craft of songwriting, as well as her example of how to stick to your guns, even in a business as sordid, shallow, and full of carneys as the music business. Marshall Bowden, Pop Matters