What is the truth about the von Trapp Family? 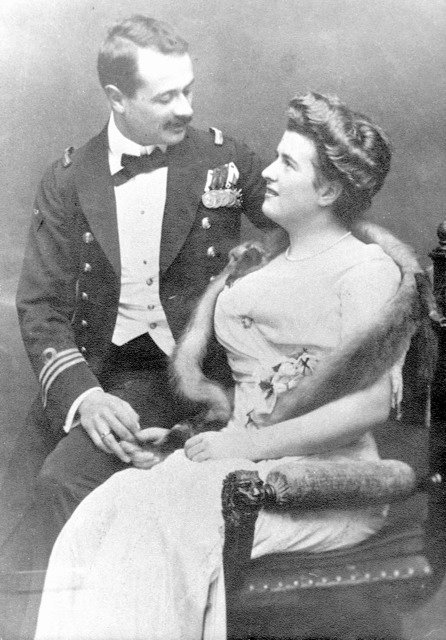 There can’t be many people who are unfamiliar with the story of the von Trapp Family Singers. They were immortalised in the film, The Sound of Music.

How true is the story that we know so well?

I have another question too – one that I’ve never heard anyone ask. We know from the film that Captain (or Baron) von Trapp was a widower who had several children.

In the film, a young postulant nun is hired to be their governess. The captain and the governess fall in love, marry and form a singing group with the numerous children. This, in outline, is true.

But something I’ve never known anyone ask is – who was the first wife of Captain von Trapp? In other words:

Who was the mother of the von Trapp family children?

I was surprised to discover that she was an Englishwoman. Her name was Agatha Whitehead and her father was Sir James Beethom Whitehead. In a wonderful piece of trivia, it’s interesting to note that James’ father, Robert Whitehead, was the inventor of the first effective self-propelled naval torpedo.

This is particularly strange when you consider that Captain von Trapp was a naval officer during the First World War and the U-boats under his command torpedoed many enemy craft – mostly British. The British government wasn’t interested in Whitehead’s invention so he was invited by the Austrian emperor  to start a factory in what is now Croatia.

Agatha was from a wealthy family because of her grandfather’s invention. Her grandfather came from humble beginnings in the North of England but by the time she met Georg von Trapp, she was a rich woman because of the money she had inherited.

Just as is portrayed in the movie, the couple had seven children. Note that their names were not the ones used in the film. Their second child, a daughter named Agathe, contracted scarlet fever when she was about ten years old. Her mother contracted the disease also. Young Agathe, although ill for several years, survived. Her mother Agatha did not.

Captain von Trapp was left with seven motherless children. He contacted the convent in which Maria was living and requested that they send him a tutor. This was chiefly for Agathe, whose illness meant that she was falling behind in her education. They sent Maria Augusta Kutschera and the rest is history. Well, sort of…

Maria was just twenty two when she married von Trapp. He was twenty five years older. The family fortunes dwindled badly. Agatha’s money – now left to Georg – was invested in England and Georg von Trapp transferred many of his funds to Austria. But in the mid thirties, as the political situation in Europe became increasingly perilous, Austrian banks began to fail. Georg encouraged his family music for their private enjoyment but considered public performances to be degrading to his noble family name but nevertheless, the family’s financial position made it necessary as they became virtually penniless.

The escape from Austria

This part of the story is one of the most dramatic parts of The Sound Of Music. In the film, the family are singing at a music festival and use this as cover to escape from the Nazis. This wasn’t exactly true.

Yes, Captain von Trapp was offered a commission in 1938  when the Germans took over Austria. And yes, he refused because he did not believe in the ideology of the Nazi party. Because borders in Europe had moved so much in recent years, the captain – and thus his children – were actually Italian nationals. As such,they were able to leave Austria in broad daylight … by train. Although the film culminates in the family escaping from the Nazis by the skin of their teeth and then cheerily singing as they walked over the hillsides to Switzerland, this is absolutely not the case.

I think I prefer the movie version 🙂

Does it matter? Scroll down to see an interesting video.