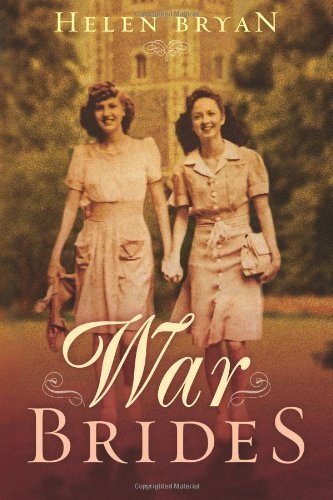 Four quite elderly ladies held a reunion in an English country village. One was American, two are English and the other, an Austrian Jew.

They had met when they were all staying in the tiny, sleepy village as young women during the Second World War – fifty years previously.

Originally there had been five of them. What had happened to the missing girl?

Even though the wartime village had been remote,there were still many dramas there during wartime, both of a personal nature and,surprisingly for such a sleepy hamlet, those of national importance and security.

All five girls are from different background and have different stories but they become firm friends. Their menfolk come and go as the war progresses.

The bond between the girls helps them cope with the wartime privations, the insecure wartime relationships, bombing raids and issues that were simply part of everyday life during the Second World War.

The missing girl, Frances, is the one who doesn’t attend the reunion and was a London debutante was was famous for her rather scandalous lifestyle prior to the war.

But wartime is sobering.

She decides that she means to play her part in the war –  and not by halves. Unknown to her friends, she is actively involved in secret war work. Through her contacts, she learns that there is a traitor in the village who is endangering the country itself.

But as we have seen, when the ladies gather for their reunion, Frances has not been heard of since the war. She simply can’t be traced and seemed to have disappeared into thin air. But the war brides,elderly now, haven’t forgotten their friend and have been investigating…

And as they do so, they discover that the wartime traitor might still be in the village after all this time. Their advancing years do not stop them in their quest for the truth … and for revenge.