Home » All books » Which book would you take to a desert island? 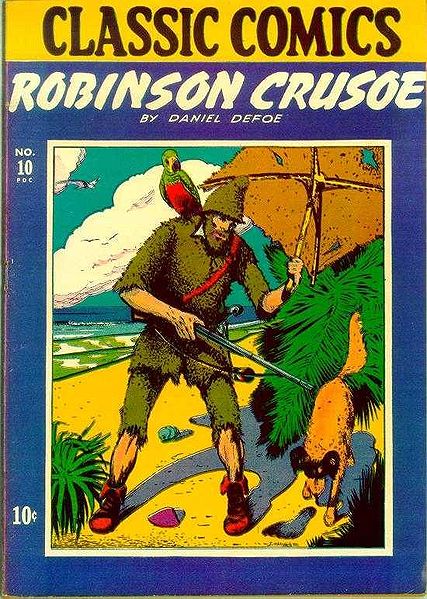 Imagine you are a castaway. Who knows how long you’ll be on the desert island? If you could take just one book with you, what would it be?

Would you be practical and choose a survival guide that will help you make a comfortable life? Or would you prefer  favourite novel?

Maybe a reference work would be more suitable for you – imagine how much you can learn during your solitary sojourn.

In 1942, a programme began on BBC Radio.It’s still running today.  ‘Castaways’ are invited to choose eight of their favourite pieces of music to take with them, plus one book. Automatically they are supplied with The Complete Works of Shakespeare and the Bible (or religious work of their choice.

What would you choose?

Here are some of the ‘castaways’ over the years, plus their chosen book.

Encyclopaedias were very popular, as were dictionaries. Some people, it seems to me,were choosing books that made them look good. Various ditzy actresses chose items such as collected works of eighteenth century poetry. As you can see from the list above,some were purely practical.

For me, there’s no doubt which book I’d choose. I’ve read One Hundred Years of Solitude so many times and its like an old friend.

I haven’t tired of it since I first read it (which must be well over thirty years ago) so I doubt its appeal would wane on my desert island.

I really can’t see me spending too much time with Shakespeare and his collected works. I’m afraid to say that the Bible probably wouldn’t be read on a regular basis either.

But One Hundred Years of Solitude would keep me happy for a long, long time; it’s stood the test of time already.

True ,there are some choices that would be a little more practical under the circumstances. I’d like to think,probably incorrectly,that I’d be able to muddle along and make myself a shelter, find fresh water and something to eat. I’ve watched the movies.

Which book would you take? And before you ask, there’s no power and no wifi on the island so no fully-loaded Kindles are allowed 🙂