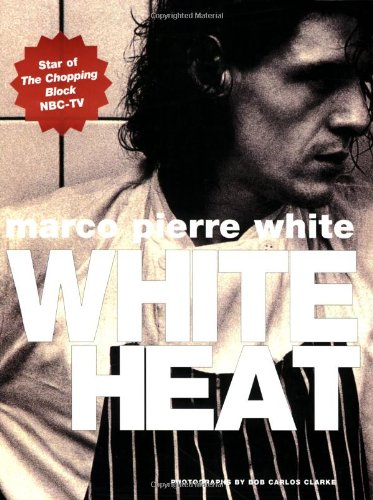 This is a fabulous recipe book from one of Britain’s greatest chefs. And he created a stir (no pun intended) when he first burst onto the important London restaurant scene.

Marco came from humble beginnings. He was born in Leeds in Yorkshire to an English father and an Italian mother – hence his international name.

His mother died when he was just a young boy, leaving his tough, hard-working father to bring him up, along with his brothers. His father was a chef in the days when meals were created without a great deal of flair – Marco decided to change that.

He was trained by the best – and he trained the best

He started his career when he left school to work as a kitchen apprentice. Working at some of the finest restaurants in Yorkshire he made his way to London where he worked in the most famous establishments before opening his own restaurant.

Many of top chefs in the UK – indeed in the world – were trained in his kitchen. You think Gordon Ramsay is tough? He got that way working as an apprentice in Marco’s kitchens.

In those days, there was no such thing as a celebrity TV chef (unless you count Fanny Cradock) and we knew little about what went on behind the scenes in commercial kitchens.

I think I rather imagined a rather serene atmosphere with men in tall white hats cooking quietly and efficiently. Then we found out that this wasn’t the case with Marco’s kitchens.

With his long hair and tough Yorkshire character, Marco thought nothing of ejecting clients if he thought they were troublesome. And his kitchens were wild.

Indeed, the man himself was wild and often accused of being on drugs, probably because of his somewhat dissipated looks.

If you thought that ‘fork’ was the most commonly-used four letter word in his kitchens, then let me assure you that there were at least four that were more common (none of which I can write here).

And yet his food was magnificent. You too can cook like the man who received the top accolades and awards from the industry and the general public.

From his early days

Even as an up and coming young chef in London, Marco didn’t give a you-know-what. He did his own thing,went his own way and had little if any patience.

All he wanted to do was cook.


In the video below, a woman is trying to interview him for television. He doesn’t care – he just wants to get on with his work.

I love this funny video.