Who Was Buster Edwards?

Home » All entertainment » Who Was Buster Edwards?

Who was Buster Edwards? 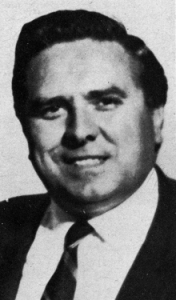 If you’re English and ‘of a certain age’ you’ll recognise the name. If you don’t then it might intrigue you know that he was  petty criminal who became something of a folk hero in Britain in the 1960s.

For Buster was one of the men who took part in what was known as The Great Train Robbery in 1963.

Although the robbers got away with a huge amount of money the general attitude of the British public was ‘good luck, lads’. The British have a sneaking fondness for those who give authority and the establishment a knee in the wotsits in such a daring way.

But the escape was doomed to failure.

Although the media at the time portrayed the robbers as daring and ingenious, they weren’t really – they were rather amateur and bungling.

They robbed a mail train. The second carriage on the train was known as a High Value Packages coach carrying money from one end of the country to another and this was the target.

The newspapers reported that the men’s first daring move was to stop the train. This wasn’t really as technical as it appeared. Train drivers obeyed traffic signals just as we do on the road and the robbers extinguished the red light by placing an old glove over the red bulb and lit the green one by the use of a small flashlight.

When the train had obediently stopped, the next thing was to move the engine and for this purpose, they had brought along  retired train driver as part of the gang. But it transpired that the train was too modern for him and he couldn’t make it move.

However, the hapless men- there were sixteen of them in total – did get way with  huge amount of money. They had already arranged their hideout – a nearby farmhouse – where they could lie low. When they arrived their they celebrated their good fortune. But they had made an error. When they had been leaving the scene of the robbery, one of them had told the railway staff not to raise the alarm for half an hour. This told the police that their hideout was only half an hour away from the scene. They were correct. the police were combing the area. The men had believed that the police would think that they had fled for London but they heard otherwise on their transistor radios.

They had to get away. Quick.

Their next mistake was relying on someone else – a minor associate who had not been present at the robbery – to clean up the farmhouse after they’d gone. This wasn’t done. When the police inevitably found the farmhouse – this was in the countryside and there weren’t many buildings around – they found all the evidence they needed,including fingerprints. Although the men had intended to wear gloves at all times, they had been careless.

The police also found empty mail bags and the evidence was conclusive. Because most of the men were seasoned criminals with their fingerprints already on file,most were quickly arrested and sent to prison. Incidentally, the public were somewhat horrified to learn that some of the sentences were for terms of thirty years.

Buster Edwards though evaded capture. He and another gang member escaped to Mexico.

In Mexico Buster was able to provide his family – composed of his wife and daughter – of everything he had always dreamed about. They lived in a lovely home with every luxury. They had staff. They could eat at the finest restaurants and spend the days in the pool or on sparkling beaches.

But Buster and his wife June were bored. They weren’t comfortable in such surroundings and they – June in particular – missed the comforts of home, despite how meagre they had been. She took their daughter and returned to England leaving Buster to wonder what to do. Living in luxury was fine but how did that compare to losing his family?

Buster returned to England to face the music.

He was jailed but at least he had paid the price for his crime and was free man when he was released after nine years.