Who were the Duplessis Orphans?

Home » All society » Who were the Duplessis Orphans? 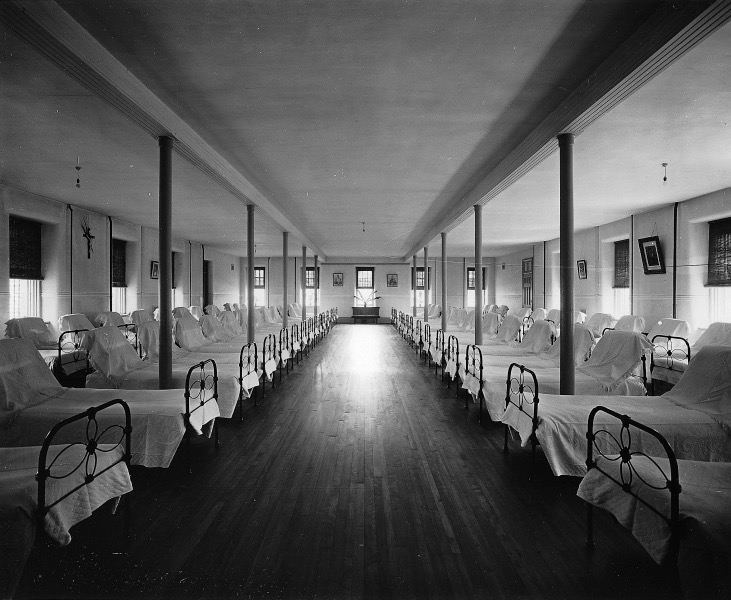 From Orphanage to Asylum

While I was reading Asylum recently, a fine mystery that incorporates the past and the present, it made me very curious to know the details of that terrible time.  Actually, the book included so much truth, that I wanted to know what was fiction and what was fact.

The book is a work of fiction, a mystery that revolves around the Duplessis orphans in Montreal, Canada.

My own memories of the 50’s were so mild and gentle, what actually happened would seem unbelievable except that it happened.  Apparently this sort of mistreatment continued to happen in various parts of the world for decades after.

In the 1940’s and 1950’s, the Church was predominant.  Since “illegitimate children” went against what the church stood for, unwed mothers were encouraged, if not coerced, to turn their children over to orphanages to be raised by the nuns.  It would have been a horrible choice to make, but the mothers were assured that their children would be raised in the loving environment of the church.

That may be my most important question:  How could so many within the church withhold the love and become so harsh?  Probably every faith has had their share of violence in the past. It seems history has proven that.  But how could this happen to children?

To begin with there were so many children.  Not just illegitimate either. There were the orphans, then also because of severe poverty at the time, many families could not afford to feed the children they had.  As a result, some children in the family could be turned over to the orphanages, so they would be fed, cared for, and educated.

The Influence of Subsidies

It would be naive to think all went well with that, but who would have expected such a horrible life awaited they youngsters.  As in most situations, greed entered the arrangement at some point.

The Montreal government received subsidies for hospitals, but not for schools.  So right there, the leadership had incentive to approve additional medical facilities.

Homes as such, were paid more than twice for the mentally deficient than for orphans.  The figures vary, but reports have say an orphanage would receive $.75 to $1.25 per child per day.  A mental institution, an asylum would receive $2.25 or more.

That made it beneficial to allow orphans to be recategorized as mental patients.
So they took many orphans and reclassified them, often without any actual examination.  The diagnosis was convenient for the government at the time as well, since mental patients needn’t be provided education.  It saved them having to school the children.

Can you imagine?  Their education stopped, and in its place they were made to work maintaining their ‘home,’ while being abused.  Many were sexually assaulted, they were used to test drugs, electro shocks, lobotomies were performed.  Many died as a result, to be buried in an unmarked grave.

It didn’t take long before they simply changed the orphanage to an asylum, so overnight the orphans became mental patients.

How could it happen?

Does it always come down to greed?

It has been estimated that religious groups received around $70 million over that time for the asylums. Over seven different religious orders participated.  It is also said that the government then saved over $30 million since they did not have to pay for schooling.

The numbers were huge. Up to 22,000 children and adults were held in asylums.  At least a third of them should not have been there.  Most of that number is made up of the children who were in orphanages.

Since Maurice Duplessis was Premier of Canada during this time, they are called the Duplessis Orphans.  Though he was not implicated in what happened, it did happen under his leadership.

Years and years later, a small settlement was reached where only the orphans who were declared mentally deficient received $10,000 each, along with $1,000 for each year they were there. There was no compensation for those who were sexually or otherwise abused.

Several orphans who had survived have provided statements of some of the abuse they recevied.  One man reports preparing bodies of sixty children for burial, after they died.  Death may have come from a failed experiment in surgery or with drugs, or from suicide.  Others report being tied up, beaten, sexually abused, put to work in lieu of school.

In a faith when the Bible teaches God’s love, how could so many that were part of the church permit it to happen?

It’s hard to face, and it is now part of our past.  Still, the children and what they faced, should never be forgotten.

If you are interested in the fiction book I refer to, Asylum, you can find my review here.  It was a very well written mystery that weaves between decades very well.