Home » All entertainment » Wilco – An appreciation

There’s some part of my brain geared toward making songs up, and I know it’s collecting things and I know when I get a moment to be by myself, that’s when they come out. Jeff Tweedy – Wilco

Picking out a favourite band or musician out of the many thousands I’ve seen, or listened to seems impossible.

But when traveling – the one time I can really relax into the sounds and the moods and the tones – then there’s just one choice. Wilco.

Wilco were formed in Chicago, Illinois, from the remaining members of the art-country band Uncle Tupelo after singer Jay Farrar decided to leave the band. At the time it was felt that Farrar would go onto genuine fame for his touching and deeply reverent country, folk and blues songs. But it turned out to be his co-singer Jeff Tweedy who would hold the original band together and would go on to create some of American music’s most compelling albums; leading the band to become one of the world’s biggest alternative rock artists. 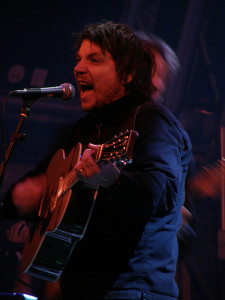 For me Jeff Tweedy has – along with Crowded House’s Neil Finn from a previous generation – inherited the Lennon and McCartney gene. He has a style that’s rooted in so much tradition, yet works in pure songcraft that has appeal globally. He has a personal, easy style about his music that is intimate and confessional, yet allows genuinely original experimentation. Wilco has evolved over the years to accommodate some tremendous players including the late Jay Bennett – during the Yankee Hotel Foxtrot and A Ghost is Born periods – and more recently drummer/percussionist Glenn Kotche and avant-guitarist Nels Cline. 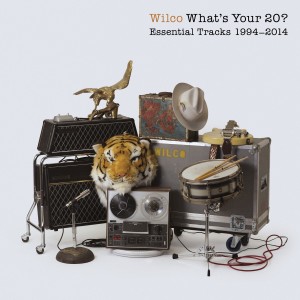 Tweedy’s unassuming approach to music seems to have given the band a freedom to be genuinely experimental. Sometimes their work has a genuine folk sensibility with echoes of The Byrds, The Band and Fairport Convention. Yet at other times they can compose complex rock pieces that evolve into tone poems and atonal experimental loops akin to rock experimentalists Radiohead and Sonic Youth.

My musical appreciation stretches from acoustic blues and jazz through pop and rock to avant-gard and the eclectic nature of their work is something I deeply appreciate. I can see that Wilco have much in common with Neil Young, John Lennon and Brian Wilson; great artists who could by turns write songs of touching simplicity, yet weave in musical ideas that are sometimes rough, experimental and challenging.

The film ‘I Am Trying To Break Your Heart’ documents the band’s creative process at a time when they were under pressure to deliver a more commercial sound. The album they are recording at this time proved a huge success, but not before their label dropped the band as uncommercial. They were sold the master tapes, re-negotiated a deal with – ironically – another Time-Warner subsidiary label and the rest is history.

As an insight into Jeff Tweedy, the band Wilco and the whole atmosphere around what became on of their best selling works, it is a fine introduction to one of America’s top alternative rock bands.

Wilco has refused to define itself. It’s not a defined space, a structure fenced in. Its borders are constantly shifting, constantly being gerrymandered into new, twisted positions. There is no clear path through the past 20 years, which is what has made them so exciting, and what sets up questions for what comes next. Matthew Fiander – Popmatters

A video or two 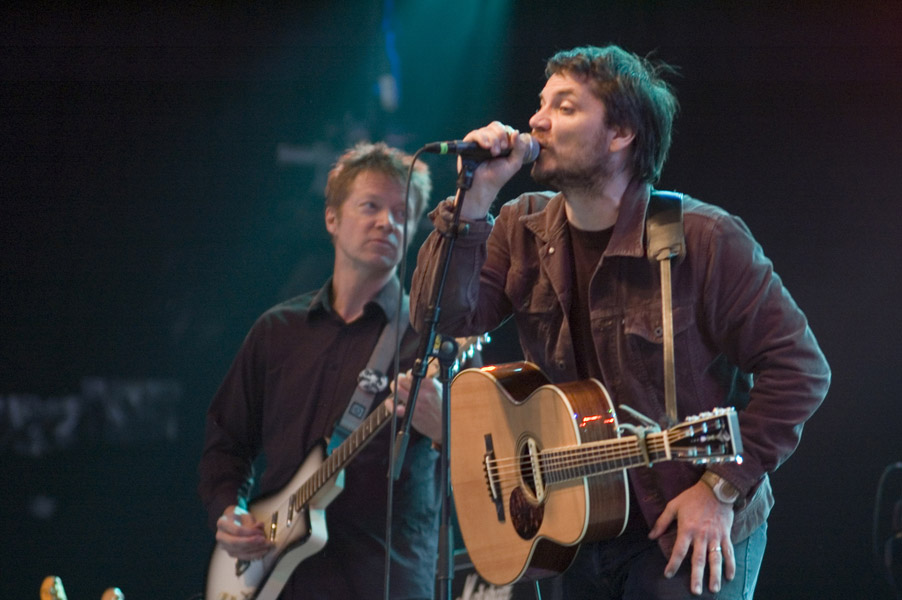