Who was Sarah Winchester?

Home » All society » Who was Sarah Winchester? 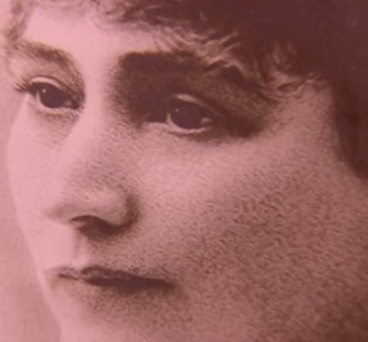 When Sarah Winchester was widowed, she started to create one of the most bizarre homes ever seen in America. Why?

It’s quite simple, it was to keep evil spirits away. Obviously really, isn’t it? No? Well, it was to Sarah.

Sarah’s late husband was William Winchester, the man who made rage rifles ‘that won the West’. The distraught widow, who had discovered spiritualism some years before when she lost  baby, consulted a clairvoyant.

I strongly suspect that the clairvoyant had a construction company, or belonged to a family of carpenters in California because Sarah was told to’go west’.

Not only that. Her troubles, the loss of her only child and her husband for example, were caused by the unruly spirits of all the people who had been killed by her husband’s product, the Winchester rifle, evidently. 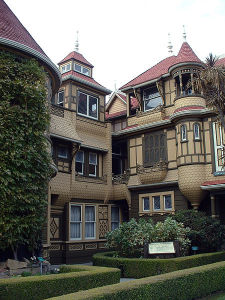 Sarah meekly did as she was told. The clairvoyant said that if she started building work and never stopped then the spirits would be appeased. So Sarah, showing a remarkable amount of gullibility, moved to California, bought an eight room farmhouse and started to build. She employed carpenters and the work went on continuously for almost forty years, until the day Sarah died.

During this time, the workers created a property that had one hundred and sixty rooms, three elevators, six kitchens, forty bedrooms, four hundred and sixty seven doors,  ten thousand windows, forty seven fireplaces, forty staircases … you get the picture.

But this wasn’t just any large house. Every evening Sarah would go to her seance room so that the spirits could give her instructions for what was to be built the following day.

It seems that spirits, as architects, are pretty random.

But luxuriously appointed rooms had to be created to encourage the good spirits to the house (they like  drop of luxury, evidently) in order to keep the baddies at bay but at the same time, those evil spirits had to be confused and confuddled. Therefore the house had:

But the building work had to go on twenty four hours a day, seven days a week. Sarah, who was incredibly wealthy, spent a fortune. Often, she would have wings of the house demolished so that they could be built back up. Once she found a handprint on the wall of a wine cellar, saw it as an ominous sign, so had the wine cellar bricked up immediately. Without, I hasten to add, removing the wine first. (Which to me merely proves that the woman was bonkers).

In 1922 Sarah developed chest pains. This was a sign to her that the construction work needed to be stepped up. She insisted that the workers made as much noise as possible to scare away the evil spirits.

Only when she died, at the age of eighty three did the house fall silent – for the first time in almost forty years.

See the Winchester House as it is today