Home » All society » Charles and Camilla 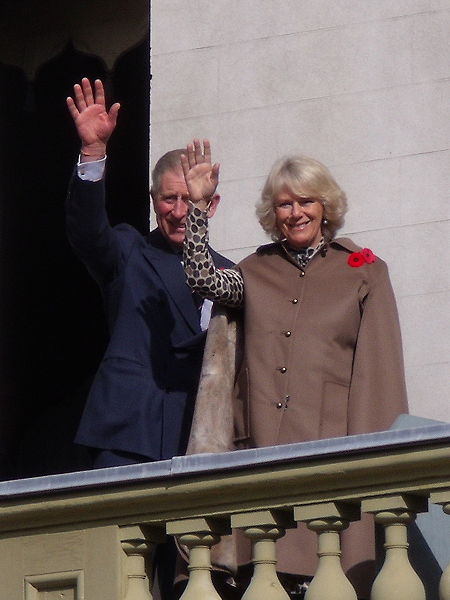 Can you imagine what it must have been like for the-then Camilla Parker Bowles before 2005? She knew, as the world knew, that Prince Charles wanted to marry her.

Charles’ mother, the queen, knew and liked Camilla. So did his two sons. But what about the world’s public?

The consensus of the British people was that he should be able to marry exactly who he wanted to and, after all, the relationship had stood the test of time.

But what bout the rest of of the world? Did they still adore the memory of Diana? How could Camilla, older with a matronly figure, possibly compete with the global image Diana had created?

As far as Prince Charles was concerned, the issue was ‘non-negotiable’. He had done his duty and previously been married to a young and insecure wife who, despite her problems, had produced heirs. Heirs to the throne were no longer an issue.

As it turned out, Camilla coped admirably was was taken into the hearts of the public. But when they became engaged,she had her conditions, just as any mature and sensible woman would.

She wanted to retain her old home – she felt that she needed  bolthole to escape to if the pressures of royal life were to become too great. Prince Charles agreed wholeheartedly.

She was also reluctant to undertake public engagements. She said that she was marrying Charles, not the British monarchy. Perhaps she felt that people would always be comparing her to Diana. Charles again agreed. But she had no need to worry. Her truly natural manner, sense if humour and relaxing attitude meant that the public demanded to see and meet her. She decided to use her position to further the causes she cares about the most. She now undertakes about three hundred public engagements every year.

Camilla was never a vain clotheshorse.  She was always happier in jeans pottering around in the garden than dressed in a ballgown at some society function. She didn’t want the limelight. She accepts that she now has a hairdresser, a manicurist and  masseuse but also accepts that grooming is part of her role. Just as she once groomed horses, she understands that now it’s her turn.

Prince Charles paid her the ultimate compliment when he presented her with her engagement ring. It had belonged to his beloved grandmother, Elizabeth, the Queen Mother.

It’s well known that their ancestors, Edward VII and Alice Keppel were lovers and because of this,Charles is a man on a mission. He want to restore Alice’s jewellery to his wife.

For most of his life, Charles has had people around him to help him and wait on him. Today, his greatest pleasure is ensuring the happiness of his wife.