Foods for Health: What’s Bad is Good, What’s Good is Bad. Or is it? 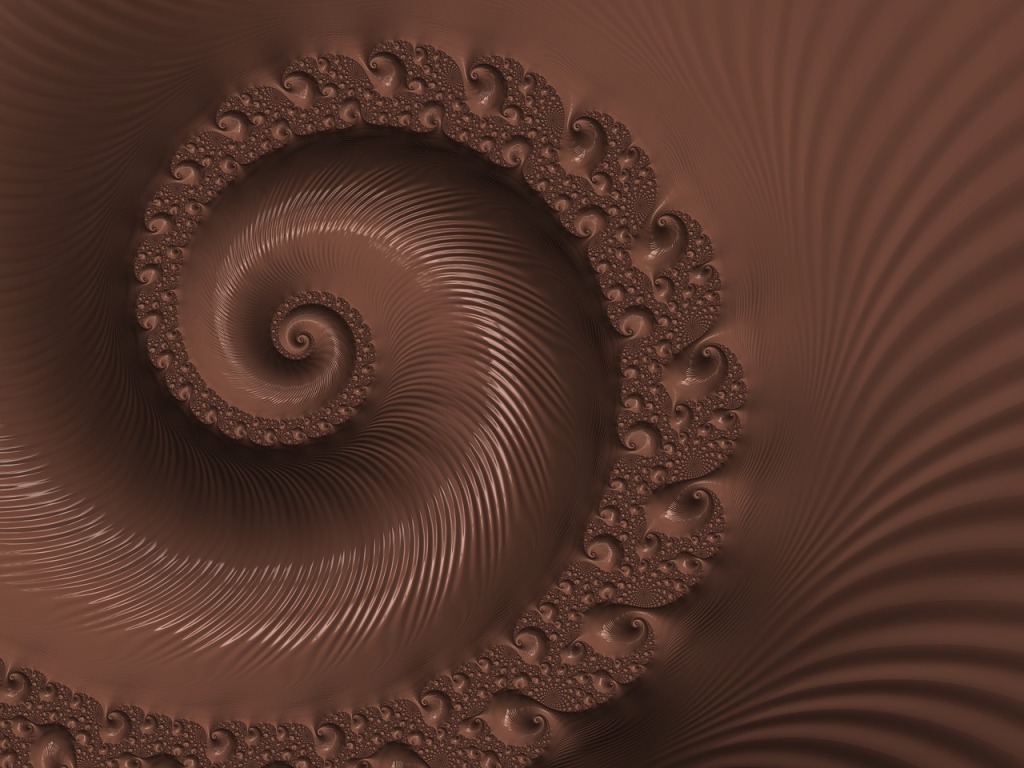 Have you noticed lately how many foods that have been considered bad for us, are now considered acceptable and even good for us?  It gets very confusing when we try to decide should we or shouldn’t we consume some of these products.

There are many to choose from, and even more studies on each representing both sides.  One thing to note from the start, if you have any health concerns, you should check with your doctor before adding any of these to your diet.  Any conditions you have, any medications you take, may be affected by some of the foods listed here.

Increased knowledge of what we eat is essential.  That knowledge is bringing us back to eating more natural foods and less processed foods.  Our awareness of the chemicals and additives in many processed foods is a huge benefit.  We are appreciating more the value of cooking meals from scratch so we know the ingredients we will be digesting.

Still, it is fascinating to read some of the changes in thought.  We can see complete flips on whether a food is good or bad, and we are encouraged that some of our favorite taste treats may offer benefits to our health.

Since we usually choose to begin our day with it,  let’s start with  coffee.  For years it was considered a no-no for so many.  That led to decades of decaffeinated coffee for my parents at least.  Now they recommend varying numbers of cups of coffee, especially for  those with dementia/Alzheimer’s  (which my mother has).  It’s been shown to lower the risk of type 2 diabetes and improve mental health.  Main reason may because it is high in antioxidants.

We’ve probably been told that sweets, including chocolate, are empty calories, and a lot of them, something we should save for an occasional treat.  But chocolate, especially dark chocolate, contains the antioxidant, flavanol.

Studies have shown flavanol improves cognitive memory.   Its been found to protect blood vessels—the inner linings—so it may keep the vessels clear and blood flowing better.   Related to that, some studies have shown chocolate may lower blood pressure and may lessen the chance of stroke.

Still, it’s high in calorie though, so it should be in small quantities.  You should probably get most of your antioxidants elsewhere.

A Glass of Wine 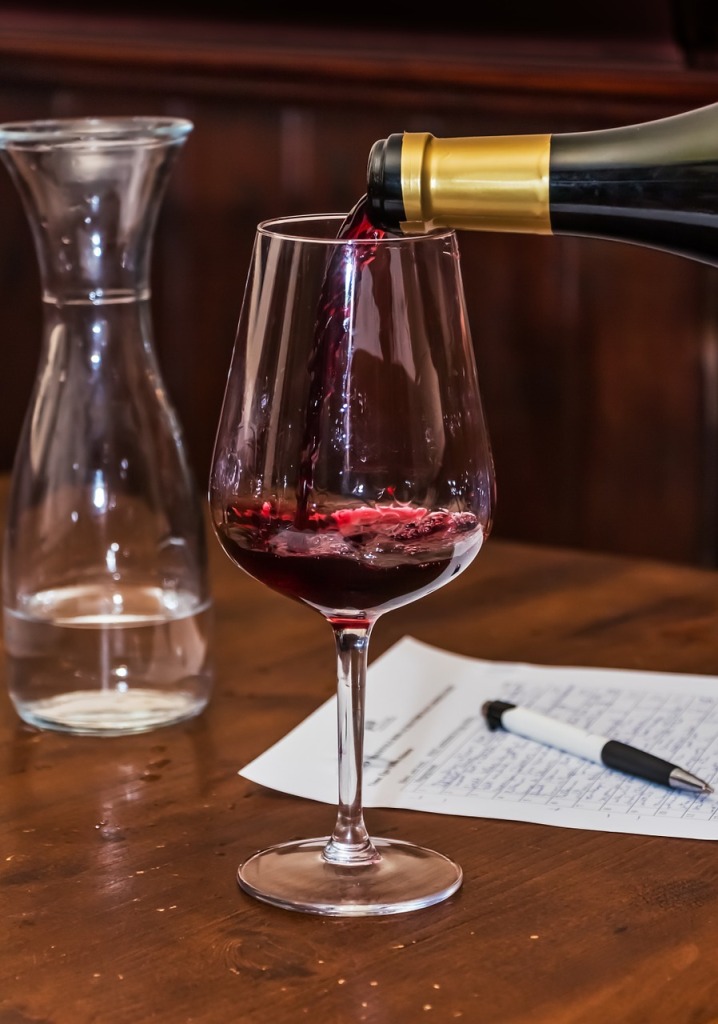 For years people suffering from heart disease were told not to drink alcohol.  Today, some doctors even suggest a glass of red wine. The caveats that go with it though may overcome the benefits.  Wine does contain resveratrol.  As an antioxidant it may promote a healthier heart by raising good cholesterol levels and protecting arteries.

One glass of wine is usually considered to equal around five ounces.  The benefits can quickly reverse and worsen though with too much alcohol. Drinking too much can increase triglyceride levels, weaken the heart muscles, cause liver damage, obesity and increase blood pressure.

In addition it may interfere with medications.  For that reason, you may want to get resveratrol from either grapes or grape juice.  It’s also found in blueberries and peanuts.

Saturated, unsaturated, transfats, good oils, bad oils… We need some.  We don’t need much.  There are plenty of mixed messages out there concerning oils.

Olive oil is still considered one of the best oils to use whenever oil is called for.  Of course it’s another case of watching the serving portion.

Coconut oil is one that has seen a reversal.  It’s always been one of the highest for saturated fats.  There have been studies recently that show saturated fats are not associated with the cause of heart disease.  That’s a dramatic statement after years of considering it a major culprit.

Besides that, there is a huge difference when you measure refined, hydrogenated coconut oil versus organic and unrefined virgin coconut oil.  Be sure when you are purchasing, that you go that the latter.

It contains medium chain triglycerides.  The particular fatty acids have been shown to benefit the body.  The fatty acid, Lauric, is one.  It actually kills bacteria and viruses, so may be effective at killing pathogens in the body.  It’s also been found to improve cholesterol and help prevent heart disease.  Big change for coconut oil!

A debate that continues is butter or margarine.  Most agree that neither are especially good for you. For so long butter was the worst choice because of its saturated fats.  But lately because many margarines still contain transfats, butter is considered the better choice between the two.

Besides the fat content, many prefer butter because it doesn’t contain extra ingredients.  It’s made from cow’s milk.  Margarines are usually made from vegetable oil with coloring, additives, and emulsifiers.  Plus, the process of turning the liquid oil into the consistency of margarine adds transfers to it at the same time. 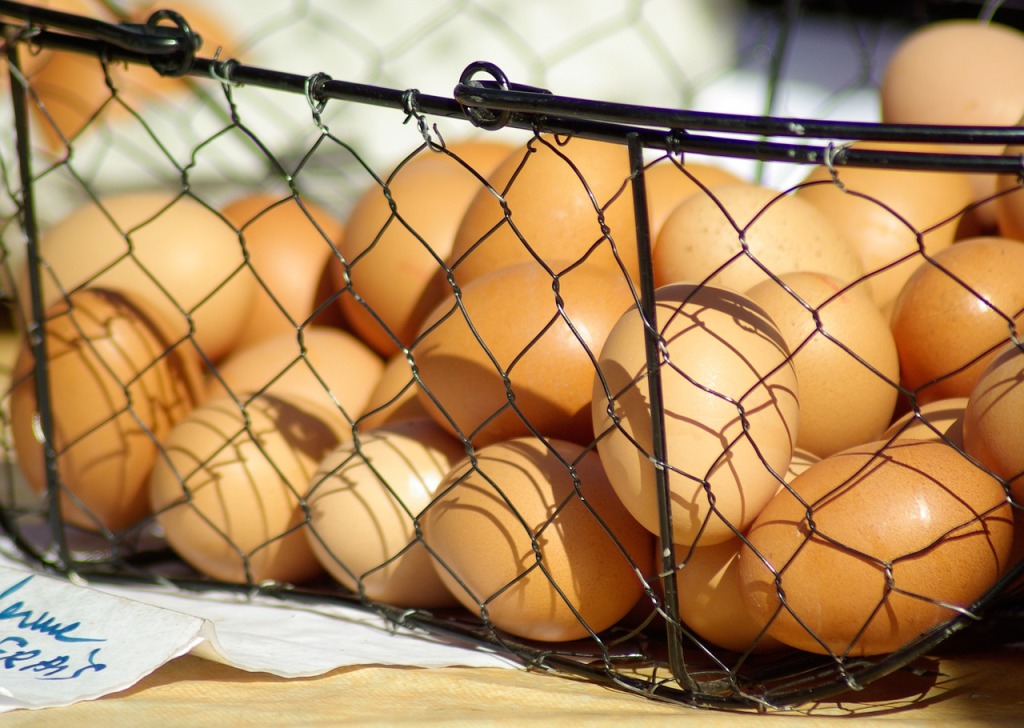 They are high in cholesterol, but the Mayo clinic says their effect is mild in comparison to trans and saturated fats. Recent studies have found those fats have more effect than the cholesterol count of a food.  While it is still a concern for diabetics, most people can have seven a week with no heightened risk.  Eggs have even been found to lower risk of certain strokes.  If you want to cut the cholesterol, the egg whites have none.  I like to use one with the yolk and one without.

Another article I read recently suggested foods that absorb mercury.  Strawberries top that list as one of the most recommended because the seeds are on the outside.  The fibers that attach the seeds to the berry do not digest in our systems.  They do absorb mercury however, and then remove it.  Citrus, then apples and pears are also considered good choices for removing mercury.

What is one to do?

There are many other food items that have positive and negative studies to support their benefits and risks.  Meat, nuts, salt, diet foods are some others we frequently see discussed.  I think what we can read between the lines above is that familiar word “moderation.”  Yes, our bodies can benefit from including many of the foods in our diet, but it is important to read the serving size and use/eat them appropriately.

While some may be excellent for brain health and heart health, they may not be good for diabetes and other conditions, so again, check with your doctor!  Eating a balanced diet with plenty of vegetables and fruits is an excellent start.  Fruit and vegetables in their natural, fresh state offer remarkable nutrition and health benefits. No  additives, no hidden ingredients, no question.