Almost hidden away, flanked by enormous high-rise buildings, is the Stranahan House on Las Olas Boulevard in Fort Lauderdale. The house itself – now a museum –  is fascinating but what’s even more interesting is the story of its original owners, Frank and Ivy Stranahan.

Ivy Cromartie was still a teenager in when she first went to a tiny South Florida settlement. The year was 1899. She had been employed by the school board to teach the children of the village – all nine of them.

During her time at the New River Settlement, which later became Fort Lauderdale, she met a man who had been the first person to permanently settle there. Frank Stranahan ran a trading post and had moved to the settlement in 1893. He was a few years older than Ivy, but a relationship developed between the two. 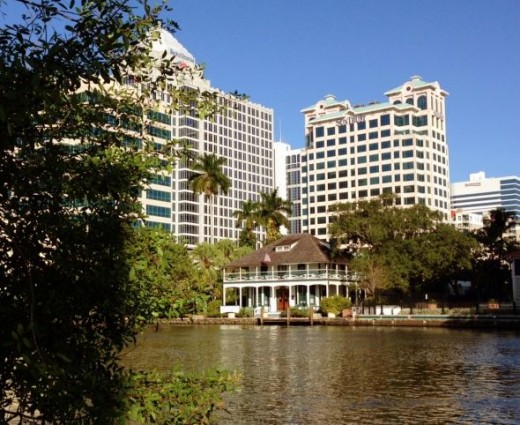 The following year, the couple married. It was a strange marriage in many ways. Frank and Ivy were devoted to each other and lived a pioneering life in the hot, swampy, bug-infested area that was later to become such a popular vacation destination.

Frank build the home for his bride – the house that still exists today – and they lived upstairs whilst his trading continued on the ground floor.

Every day, Seminole Indians who lived in the nearby Everglades, visited Stranahan’s store to trade furs, produce and their crafts.

It was a primitive and pioneering life. Remember that in those days there were non of the conveniences we have today – no electricity, no running water,no air-conditioning and … no bug spray.

Much as I love living in South Florida today, I’m not sure that it would have suited me in the 1900s.

Frank and Ivy became known as ‘the mother and father of Fort Lauderdale’. It was thanks to them, and their fellow pioneers, that the city exists today. 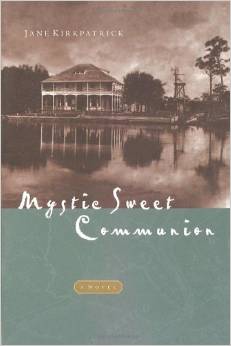 The book you see featured here is a novelised story of their lives. The author undertook a huge amount of research and the knowledgeable staff at the Stranahan House today say that it is an accurate historical record of their lives.

Intriguingly, it gives information that few locals know, such as:

There are many more fascinating stories in the account – all written in an incredibly readable novel format.

You can still visit the house today. It’s a must-see when you’re in the Fort Lauderdale area. Click the button below for more information.