But here in my home city, Bradford, West Yorkshire, many female fans of all ages attend both home and away matches. They come with their male partners or spouses, they come in female pairs, they come with their kids or grandchildren, and some come on their own. And they can be as passionate as the men about the game.

In 2015 a local photographer, Nudrat Afza, attended City home matches and started taking photographs of the female supporters. She had never been to a football match before and she later wrote of her experiences the first time she attended:

“As we walked toward the ground I felt as if a magnet was pulling me, and I had no control over this feeling. The amber and claret uniformity of people walking toward the football ground felt very moving and poignant. Some of the chants that supporters sang sounded like hymns … The atmosphere was amazing, people were so friendly and it was a wonderful experience.”

Football in Bradford and elsewhere is still a game dominated by men at every level, including in the ground, at management level, the commentators, and in the media. But women can now be seen all across the stadium in large numbers – around a quarter of home spectators.

Nudrat wrote: “I couldn’t believe how many beautiful women and girls there were in the crowd. And they were every bit as involved in the action as the men. I had to photograph them. I wanted to capture the beauty of the female football fans at Bradford and their enthusiasm and passion.”

With the cooperation of the football club, Nudrat took a series of wonderfully evocative photographs, some of which are shown here, and which she used to produce a ‘City Girls’ 2016 calendar.

Bradford has always taken its football very seriously, and in 1985 there was a disaster when the main wooden stadium caught fire during a match and over 50 men, women and children were killed.

The disaster united the many communities in the city and a new, safer stadium was built. In 2015 the city commemorated the 30th anniversary of the fire, and Nudrat’s photographs include a poignant photograph of a women and her daughter laying flowers in memory of a relative killed on that day.

The calendar can be purchased via ABE books 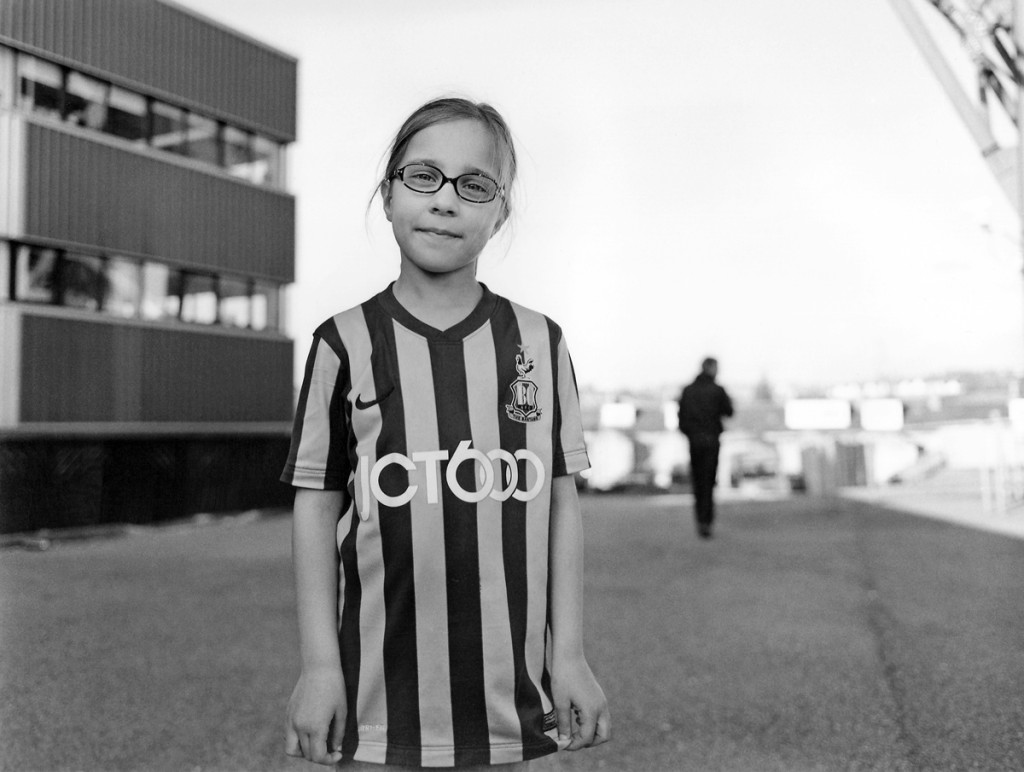 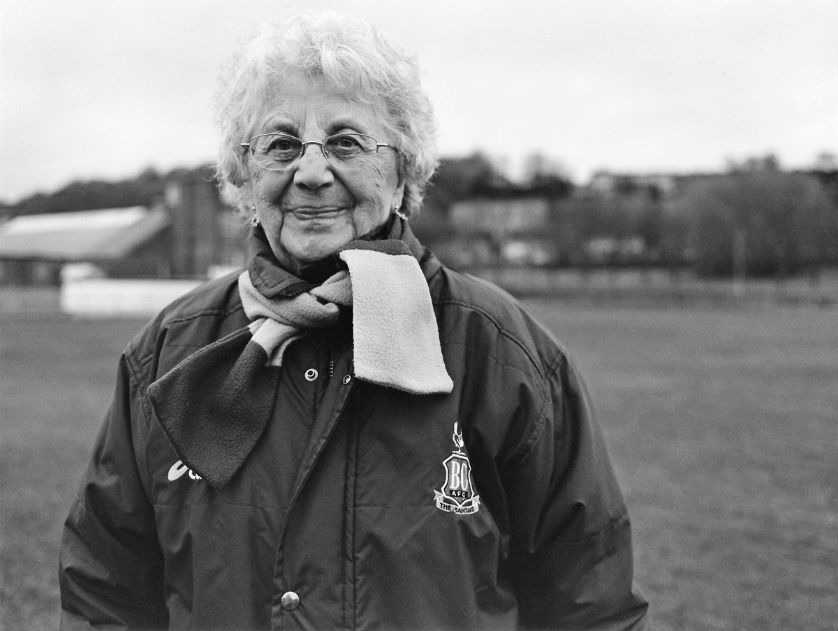