Home » All entertainment » Who Was Mara Scherbatoff?

Marilyn Monroe and playwright Arthur Miller had met in 1951 but by 1956, the press were aware that the couple were soon to marry.  Monroe and Miller were at his farmhouse home in Roxbury and reporters were gathering in number outside waiting for news.

The couple had promised to give a press conference on the afternoon of June 29th. The media suspected that the couple would announce the date of their marriage.

The Miller farmhouse was remote. The roads around it were, as Miller later explained, intended for horse carts and light agricultural traffic. Because of the arrival of so many reporters, he feared that there would be a road accident. He was right. 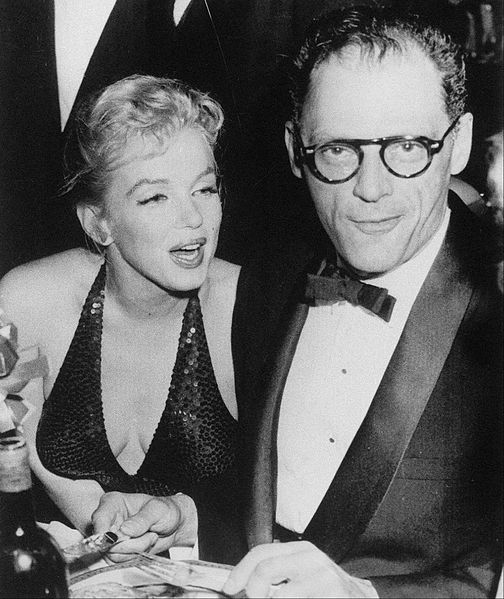 Mara had travelled to Roxbury to cover the event along with a photographer, Paul Slade. They had been driven there by Slade’s younger brother, Ira. Mara realised that there was no sign of the couple and also that Arthur Miller’s cousin had a home just a few minutes away. Could the famous couple be there? Paul stayed at the Miller farmhouse, setting up his cameras and Mara had Ira drive her to the cousin’s home.

She had been correct. Soon a green Oldsmobile, driven by Arthur’s cousin Morton and containing the couple, left the home, heading towards the farmhouse. Mara and Ira set off in pursuit. Morton knew the roads well and drove in his customary speedy fashion. Ira tried to keep up. He approached a bend that locals knew had to be taken with caution but being from New York, he had no idea just how severe the turn was. The car left the road and smashed into a huge oak tree.

The reporters at the Miller farmhouse heard the impact and so did the occupants of the Oldsmobile. Morton screeched to a halt and he, Marilyn and Arthur ran back up the road to the accident scene. What they found was horrifying. Mara had been thrown partially through the windscreen and was in a very bad way indeed. Ira was less severely injured but trapped in the car.

Morton, Marilyn and Miller – as the first on the scene – between them managed to get the injured couple out of the car and they were laid on the ground. Paul Slade, who had heard the sound of the impact arrived and tried to staunch Mara’s bleeding. The Oldsmobile sped to the Miller farmhouse where Arthur dashed into the house and called for an ambulance. Marilyn told reporters that there had been a terrible accident. It was noted that her blouse was blood splattered.

The nearest hospital was a distance away in New Milford and the operator told him that it might be a couple of hours before an ambulance arrived. Frantic, Miller mentioned that Marilyn Monroe was involved and miraculously, this sped up matters considerably. But it was still too late for Mara.

Although she she was still alive when Arthur and Marilyn found her, she died a few hours later on the operating table.

Marilyn went onto autopilot. The press conference went ahead. You can see the video below. You can tell that Marilyn was in automatic actress mode although her mind wanders as she smiles and tries to maintain some sort of focus. Miller however is compelled to mention the accident.

But once the press conference was over, Marilyn was distraught. The news reached them  the Mara had not survived. She surmised, rightly, that Mara would still be alive had it not been for her. She interpreted this to the extent of believing that she had been responsible for Mara’s death.

Arthur Miller was more sensible. He realised that it wasn’t the fault of Marilyn herself but the frenzied paparazzi culture – the obsessive need for reporters to get the latest celebrity scoops – that was to blame. He decided that he and Marilyn should marry immediately.

Although they had a Jewish wedding a couple of days later, Arthur and Marilyn hastily married in a private civil ceremony that very day. In fact – see the video below – it seems that Marilyn changed from her press conference blouse but wore the same skirt and that her husband simply added a jacket.

They married at Westchester County Court House in White Plains. Miller had ordered a wedding ring from Cartier but used a borrowed ring for the ceremony. They made the judge agree that he would tell no-one about the wedding, not even his own wife.

They were pronounced man and wife at 7.21 pm.

The following video shows the crowds that were gathered outside the Miller home. Then you see Marilyn getting out of the car looking upset. (Arthur Miller had already rushed into the house to call the police). We then see the accident scene with Mara lying by the side of the road and a distraught Ira Slade with a man trying to comfort him.