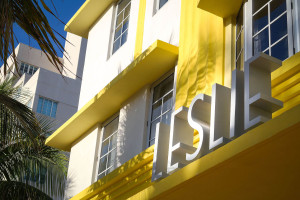 Some cities have elegantly created meditative pieces written about them, that are played in ornate halls by string quartets.  Some cities are honored in symphonic jazz arrangements that are premiered by orchestras and conducted by legends.

Miami on the other hand has good time party songs performed by dudes with moustaches, wearing wife-beaters, gold chains and sunshades.

I looked long and hard for songs that might inspire the mind, or touch the soul. And I ended up with Desi Arnaz singing Babalu.

Before bug screens and airconditioning South Florida was a tough old place to write a love song about. What with the mosquitoes and roaches, the sharks and gators, the hurricanes and the sinkholes it was a place of fantasy, not reality. And in the heyday of pop culture Miami wasn’t exactly party central. 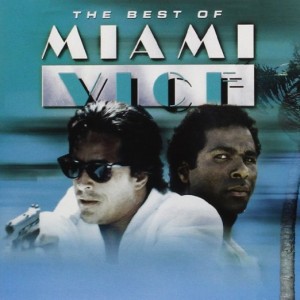 Sure, from the backseat of a taxi cab at sunset – across Biscayne Bay with its blue sky, pink hotels and golden clouds Miami looks fabulous. 3D technicolor cinemascope.

In reality it was a wild and tacky town full of aging deco hotels and dodgy looking street corner youths. In those days the latin influence was just a faded radio station and Calle Ocho was still 8th Street.

A first early 60’s wave of Cuban migrations brought penniless refugees from Castro who started out in menial jobs, but quickly rose to be the pillars of the new Cuban communities. Then Castro got his revenge on this first generation by sending the Mariel boatlift in the summer of 1980, when Cuba’s deranged and retarded and its most ruthless criminals were mixed in with genuine eager refugees. The semi-innocent resort city Miami was soon coping with the corrupt, the bizarre and the dangerous. All this is long before Crockett and Tubbs donned their Versace to save us from all this…

“Miami is Casablanca. The sidewalks seethe with intrigue. The city is exploding with growth, much of it financed by foreign investors and drug money. A new skyline is rising and reaching for the stars. You can hear the beat.”
Edna Buchanan – The Corpse Had A Familiar Face

Straight out of Miami Latin radio from the first couple of Miami.  Gloria and Emelio Estefan created the Rolls Royce of pop Latin music, mixing party grooves to classic cuban-fusion sounds. Dr. Beat was the big hit, with a sassy lead vocalist and a swinging band but this one’s much more the full Cuba Libre, complete with highball and a twist of lime.

Cougar of course would mellow into Mellencamp not long after this Springsteen influenced pop-rocker came out. He was young, and the record company were driving his image back then. You expect Tom Cruise or Marty McFly to burst in sporting their Calvin Kleins and their raybans.

Now we’re talking. An undercover narc in a white suit, sockless espadrilles and turquoise T-shirt, living on a boat with a tame crocodile called Elvis. And a 1972 Ferrari Daytona Spyder parked outside. There’s a wonderful apocryphal story of Enzo Ferrari all the way over in Italy getting all hot under the collar because Crocket’s Daytona was clearly non autentico. That’s how Sonny winds up with a sparkling new Testerossa in series three.

The Fresh Prince was a huge star in those days, his clean-cut, witty and easygoing schtick ticking all the boxes. The rapper that your granny could love. They gave him his own show, the Fresh Prince of Bel Air and the rest was all box -office.

Here he’s getting jiggy wit it; a massive hit on Trip Advisor.

Pitbull’s a first-generation Cuban rapper who mixed Miami bass beats with West Coast G-funk. The result was vast. The Dirty South attitude worked so well with the Latin spices, and because Pitbull didn’t dissolve into Spanish-language rapping he was all over South Beach party scene like a rash.

I was probably a bigger Miami Heat basketball fan when I lived in London. Back then it was Alonzo Mourning and Tim Hardaway in the old Miami Arena, when the Heat bossed the NBA’s Atlantic Division and regularly clashed with the New York Knicks and the Chicago Bulls.

I stayed loyal after the Heat’s mini decline, just after the millennium, but got right back into it after the draft of Dwyane Wade started another era, reinforced by the man-mountain that was Shaquille O’Neal. Now that was fun basketballing and the playoffs were suddenly fun. The American Airlines Arena was white hot and I made it in person a good few times.

The recruitment of LeBron James, though hugely popular locally, was a big put-off for me. LeBron might well have been a Living Legend but there was something not quite right – he was way too businesslike for my liking. He brough a fistful of rings to the triple A but I just couldn’t warm to the man.

Flo Rida, though, was. Here’s proof.

After all that excitement I thought I’d throw in a morning-after song, and what better than Counting Crows piano-driven, old-school rock with Adam Durtiz’s moving storytelling.

I had been off on a bus and she went off on a plane to the other side of the world to work and I hadn’t seen her. But she was coming home after a few months to see me and she was meeting me there, at the edge of America. I went to the airport to pick her up and went down to the gates.  The planes came one by one down the runway, and the sun extinguished itself on the ocean. I stood there and watched the sun go down. Her plane landed and she came home and I kissed her. And we went back to our hotel, in Miami. Adam Durvitz

Wayne Cochran  – Going Back to Miami

I leave the last word to the Reverend Wayne Cochran, ripping it ALL up on Swingin’ Time, 1966.

“We’re gonna take a trip…” he begins, before launching into a shameless James Brown meets Gorgeous George number. Cochran was once a big vegas draw, and a popular touring act before he and his band the C.C. Riders took over as  house band at Miami’s ‘The Barn (a.k.a the House of Soul), where Cochran covered up his ailing voice with increasingly outlandish and glitzy shows. 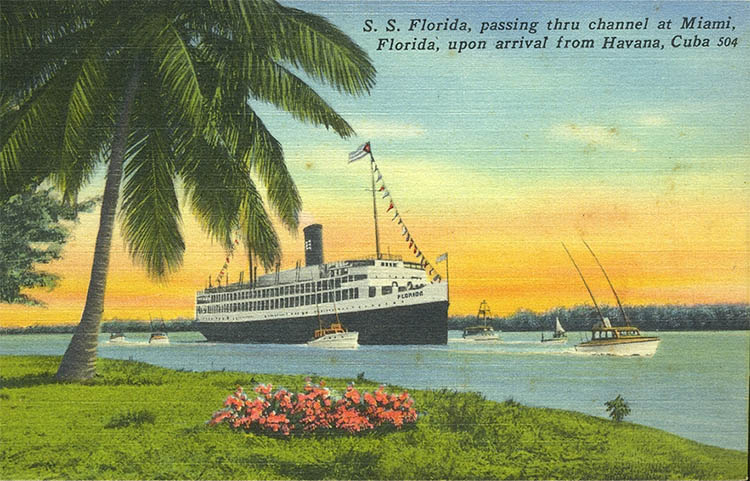 In the 1950s, you could cruise from Miami to Havana, Cuba for $42.00 per person aboard the S.S. Florida. This fare included all transportation, two nights aboard ship, a day in Havana and all meals.