Behind the Scenes: Royal Wedding 1947

Home » All society » Behind the Scenes: Royal Wedding 1947

The wedding of Princess Elizabeth & Philip, Duke of Edinburgh. 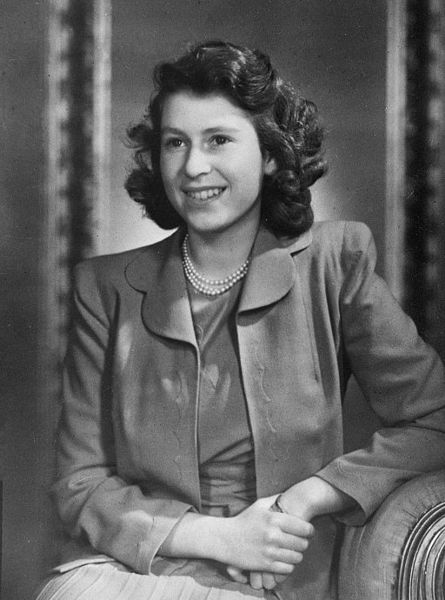 Princess Elizabeth in 1947- the year of her wedding.

The 20th November, 1947 was a day that the population had been looking forward to. The recent war was still fresh in everyone’s memory. Rationing was still enforced. Towns and cities still showed the battle scars inflicted by the German bombs.

So everyone was looking forward to the royal wedding – a happy occasion full of pageantry and romance -to bring cheer into post-war Britain. The twenty one year-old Princess Elizabeth, the daughter of the king,  as about to be married to her handsome prince. (And very handsome he was too).

Just before the marriage itself, the king created Philip as the Duke of Edinburgh and millions of people throughout the world were looking forward to the ceremony.

But, probably  in common with most weddings, the morning hadn’t started smoothly.

Philip and his best man, his cousin David Milford Haven,spent the night before the wedding at Kensington Palace.

Their accommodation was hardly palatial though.

Philip’s valet recalled that their room was in the servants quarters, the floor being scrubbed boards covered with badly worn rugs. But Philip wasn’t marrying for a life of luxury. As an officer in the Royal Navy he was accustomed to far worse accommodation.

One thing he did do though, that morning, was to stop smoking. Like that. Cold turkey. Elizabeth didn’t like the fact that he was a smoker – she saw the damage it was doing to her father’s health so with his typical determination Philip simply stopped. For ever. (He did however, fortify himself with a gin and tonic, prior to leaving for Westminster Abbey.)

Elizabeth, at Buckingham Palace, was already awake when her dresser and closest companion brought her her morning cup of tea. It was still dark but Elizabeth was peeping out of the windows watching the crowds of well-wishers grow.

At nine in the morning, couturier Norman Hartnell arrived to perform the final fitting of Elizabeth’s dress.The eight bridesmaids were ready and prepared.

But where was the bride’s bouquet? One of the courtiers recalled that it had been delivered on the previous evening but it was nowhere to be found. Eventually it was located in a cold-storage room. Panic over, But wait…

Queen Mary had given Elizabeth her tiara and just as it was being fitted, it broke.  Rapid and amatuer repairs were effected.

Then, just as Elizabeth was going to put the finishing touches to her bridal ensemble, a double string of pearls that her parents had given her as a wedding gift, it was discovered that they were nowhere to be found. Eventually someone realised that all the wedding gifts were on display at St James’s Palace – that’s where the pearls were. They were a wedding gift, after all. But it was almost a mile away and time was ticking by.

The princess’ private secretary, Jock Colville, was detailed with the job of fetching them. Elizabeth was anxious to wear them “Just take any car from the courtyard’ she told him. 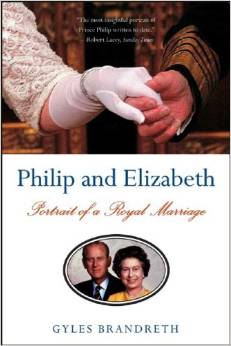 Philip and Elizabeth: Portrait of a Royal Marriage

He rushed downstairs and grabbed the first car he saw. But just as he was getting in, he saw an elderly man, resplendent in wedding-guest garb with his medals and decorations in place, was in the vehicle. ‘You do seem to be in a hurry, young man’ the elderly chap remarked ‘and by all means take this car but do let me get out first’. It was the King of Norway.

At St James’s, Colville was now faced with the problem of getting admission into the palace where the valuable gifts were housed. Detectives wouldn’t let him enter. Colville pleaded with them suggesting that they telephone Buckingham Palace where he could be vouched for but they couldn’t get through.

Eventually, and this would horrify and security guard today, the fact that Colville’s name was in the official programme for the wedding, saved the day and he was allowed to take the pearls.

He arrived back at Buckingham Palace, Elizabeth calmly put them around her neck and immediately, at 11.15 a.m., looking peaceful, happy and radiant climbed into the state coach and was on her way to her wedding and her new married life.