Allen Toussaint: Six of the Best

Home » All entertainment » Allen Toussaint: Six of the Best

Six of the Best: Allen Toussaint.

Toussaint is New Orleans music’s renaissance man, the golden boy in the golden age of rhythm and blues. Keith Spera Groove Interrupted: Loss, Renewal, and the Music of New Orleans

“I have never doubted that Allen was a prince in a thin disguise” Elvis Costello Unfaithful Music & Disappearing Ink. 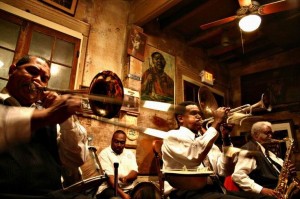 I visited New Orleans just a year after Hurricane Katrina had ripped the heart out of this storied city. From that date I’ve been a keen student of the musical history of New Orleans – its musical spirit just took a hold of me.

From Louis Armstrong to Lil’ Wayne there’s deep musical roots in this place. Dave Matthews called New Orleans “the most musical city I’ve ever been to. Somehow its in the roots and in the ground in New Orleans. It’s in the blood. It’s in the celebration and the suffering.”

To a great extent the spirit is passed on through the city’s piano greats. The city was and is home to Huey Smith, James Booker, Fats Domino, Little Richard, Art Neville, Allen Toussaint, Jon Cleary and the wildest of them all, Professor Longhair.

Allen Toussaint, writer of so many memorable songs, for me has been the heartbeat of New Orleans music post Katrina. Prior to the storm Allen had always been hard at work in New Orleans – whilst others took their music to the world, Toussaint toured just twice, preferring to hone his craft back in the Gentilly district of the Crescent City. 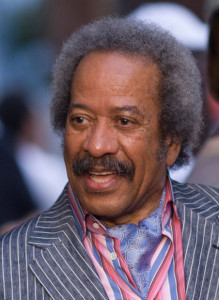 He’d been an important collaborator with so many of the greats, and after the Hurricane temporarily “unplugged” the city and sent its best musicians far and wide, he more than anyone brought the music back home, and help heal the wounds that decimated not just the city but the music itself..

Writer Keith Spera observed that the storm did not discriminate. Fats Domino, Allen Toussaint and Aaron Neville – three of the cities most revered music makers – lost their homes and possessions just as surely as any number of musicians who worked day jobs on the side.

An older gentleman recognized Allen and stopped in his tracks. His grim expression lit up. He became elated and emotional, grasping and shaking Allen’s hand vigorously, as if his very presence were a sign that all was not lost in the shattered city. He didn’t speak at first, but his expression said “If you are back, then we are all back.” Elvis Costello Unfaithful Music & Disappearing Ink.

Toussaint bridged the musical heritage of New Orleans as no other artist could. From his days as pianist on Fats Domino recordings he brought together the traditions of jazz, R&B, rock and roll and funk, ensuring that the unique flavor of New Orleans remained at the heart of so many musical collaborations . His magical production touches ensured that his songs defined the sound of New Orleans for most of the 1960s and into the 70s. 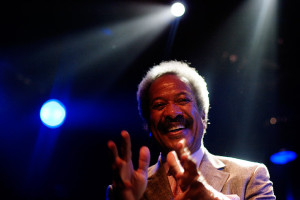 More than anyone he understood the weave of influences; When interviewed he explained how “the syncopation and strut of the second line brass bands, the frenzied intensity of the Mardi Gras Indian chants and the driving rhythms of blues, jazz and R&B are as essential to this city and eating and sleeping.”

Allen died today, November 10, 2015, shortly after he played a show in Paris. I guess we can take comfort in the fact that he passed on doing something that he loved.

New Orleans has lost a saint. In  heaven the party’s just about to start…

Lee Dorsey Working In A Coal Mine

Dorsey was widely known for popular hits, such as this one, but in New Orleans he and Toussaint developed a driving form of RnB that laid the foundations for funk. Songs like Ride Your Pony, Get Out My Life, Woman and Everything I do Gohn Be Funky (From Now On) lit up the dance floors.

“He was such a high spirit. A smile came with him… His voice had this kind of slight, almost a yodel in it. And it wasn’t a debonaire voice. It wasn’t a crooner. It had some humor in it. Some fun. Let’s laugh.” Allen Toussaint 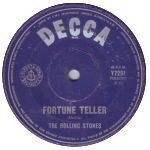 When the Rolling Stones broke through into the popular charts they were still working through a catalog of covers, and ‘Fortune Teller’ was considered as a follow up to the smash hit ‘I Wanna Be Your Man’. A few advance copies were pressed and fetch upwards of $800 dollars.

Others who covered the song include The Who, The Hollies, and Herman’s Hermits, as well as this superb arrangement by Alison Krauss and Robert Plant.

Otis Redding Pain In My Heart

Otis Redding’s take on a song that was made a hit by Irma Thomas – a slow burning soul ballad backed by the Stax house band, the MGs.

The Pointer Sisters Yes We Can

Originally recorded by Lee Dorsey, it was this Pointer Sisters recording that caught fire, singing with a style that inspired later fierce girl groups like TLC, En Vogue and Destiny’s Child decades later. Pointer Sisters were throwing all sorts of influences into the mix – jazz, be-bop, disco and r&b presented with 40s hair and thrift-store fashions.

The Doors Get Off My Life Woman

Not a version that’s well known, this is another plaintive Lee Dorsey number given a rock treatment by Jim Morrison and the boys.

Costello, it is said, was the man who put Toussaint back at the forefront of New Orleans music. Not long after Katrina, Costello played as part of a benefit concert for New Orleans. Allen Toussaint and his band backed a bevy of guest stars at New York’s Madison Square Gardens’ Big Apple to the Big Easy event.

The collaboration between Toussaint and Costello included re-workings of Toussaint’s back catalog, but the centerpiece was The River In Reverse, a Costello song about the recovery of New Orleans after the devastation of Hurricane Katrina.

“My words had the anger. His horns had the sorrow” Elvis Costello

In 1973 Allen Toussaint opened up a New Orleans recording studio, Sea-Saint (sadly lost to Katrina’s floods), with Marshall Sehorn and recorded two of his finest solo albums there, Love and Faith and it’s ’75 sequel Southern Nights. It’s a wonderful mix of old soul, New Orleans funk (Toussaint after all had produced the Meters and Labelle recently) and a touch of psychedelia. The musicians who made up the regular house band included Art Neville on organ, Leo Nocentelli on guitar, George Porter on bass, and Joseph Modeliste on drums. These musicians evolved a new variation of New Orleans’s famous second line rhythm.

The names of the artists who recorded at Sea-Saint (also known as Big Easy Studios) reads as a who’s who of music’s aristocracy. Pointer Sisters, Labelle, Dr. John, Paul McCartney, Robert Palmer, Lenny Kravitz, Elvis Costello and Paul Simon all graced the boards there.

Southern Nights  title track was a monster hit for country star Glen Campbell, but it’s sentiment, especially when played by the man himself, has a laid back beauty, just like the Louisiana evenings that inspired him.

Southern skies
Have you ever noticed southern skies?
Its precious beauty lies just beyond the eye
It goes running through your soul
Like the stories told of old. 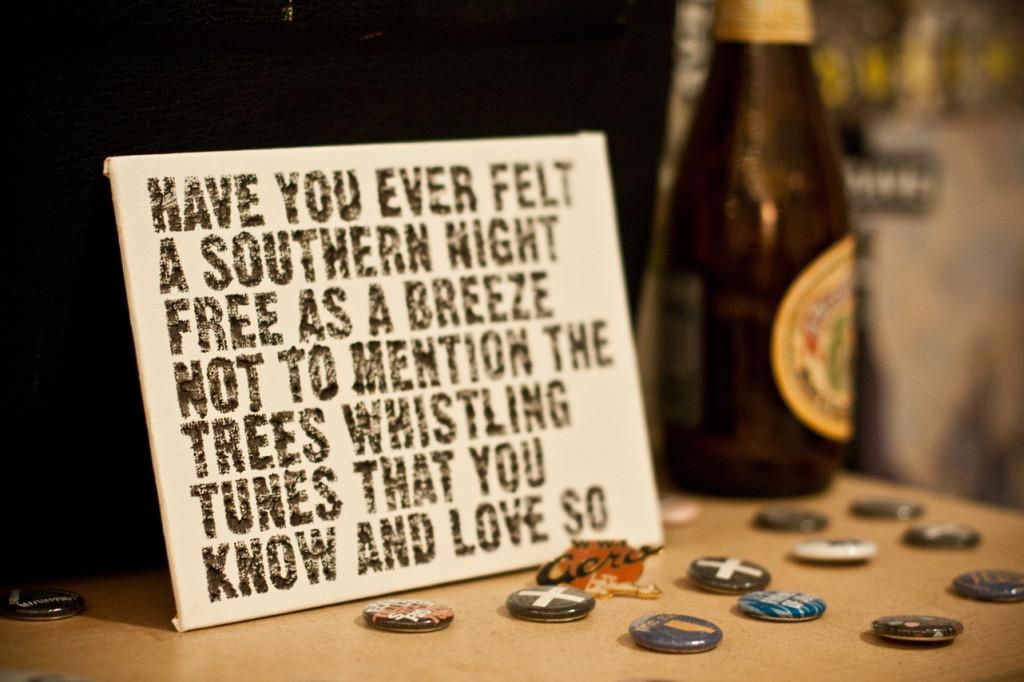 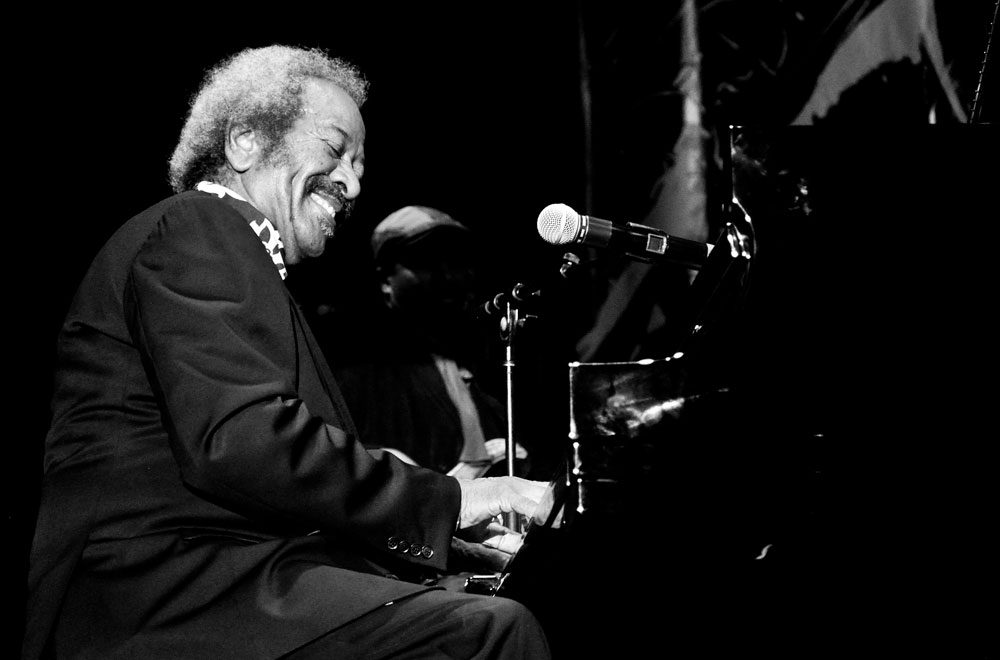