Home » All books » The Mistress of Bjerkebæk 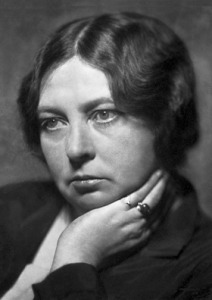 I’m an avid reader, but have a narrow genre preference when reading. Sometimes I stray into other areas of interest and am rarely disappointed. One such excursion was the series Kristin Lavransdatter by Sigrid Undset. I still reflect on the books and on the life of the author, also a Nobel Prize laureate.

Though I reviewed the series on HubPages, I’ve wanted to learn more about the author. Undset present on the forefront of change and important events on many fronts during her lifetime.

Undset lived from 1882-1949. Her family moved from Denmark when she was two years old to Norway. Though the death of her father in 1893 resulted in her inability to afford a university education, she began pursuit of a writing career at sixteen years old. Having taken a position as a secretary for an engineering firm did not deter her from her goals.

Her first book met with rejection by publishers but her second book, Fru Marta Oulie, was published on a second submission for publication. The opening lines, “I have been unfaithful to my husband,” ensured Undset a certain controversial introduction as a writer. Subsequent books were well received by readers and sold well. 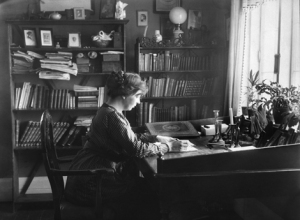 Sigrid experienced the transition from an Atheist upbringing to that of Christian (Lutheran) and then Catholic. Her parents were Atheists but saw fit to have their children baptized into the Lutheran Church.

Her conversion in later years to Catholicism met with notoriety from her contemporaries. Much of her writing reflects her defense of the Catholic church after her conversion in 1924. As a result of her position on Catholicism, she earned a number of derogatory titles such as The Mistress of Bjerkebæk and The Catholic Lady.

She saw changes in conditions for women as the women’s movement progressed. Much of her writing is influenced by themes pertaining to women. She also criticized Hitler openly from the early 1930’s and decided to flee when German occupation became a reality in NOrway. Other influences in her work are from the existentialist movement.

Sigrid Undset’s award of the Nobel Prize for Literature in 1928 was for two of her historical novels set in thirteenth century medieval Norway. The two titles are: Kristin Lavransdatter, and the 4-volume Olav Audunssønn. Other books by Undset are listed below. Interested in learning more about Sigrid Undset? You’ll find an excellent biography of her here. 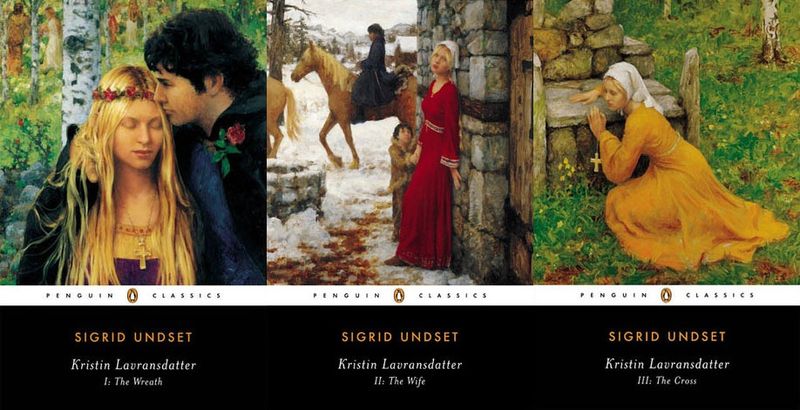