Home » All society » Why Did Henry VIII Marry Six Times? 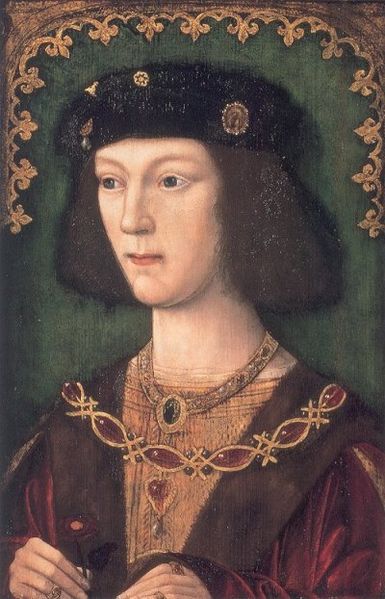 Henry at the time of his coronation – aged 18

Henry had a much greater goal and one that was, in those times, incredibly important to the country.

In 1524, King Henry was in his early thirties. He was incredibly tall and good looking, athletic, fit and healthy. He loved sports and a favourite was jousting; he was thought to be the finest jouster in the country.

A jousting event was taking place and there was an accident.

Due to a misunderstanding of timing, the king did not have his visor covering his face and his opponent couldn’t see because his own helmet was incorrect. The result was that the opponent’s lance struck the king’s head. The crowd was appalled but Henry insisted that he was fine.  (Which  he was).

However,it made people realise that despite his good health and fitness, the king could die accidentally. The problem with that was that he only had one child, a daughter Mary who was eight years old. In those times, the thought of a female ruler brought fear to the country.

A queen would be bound to marry. This meant that it would actually be her husband who ruled the country.

And what if he was foreign? Would England just become part of his own country? Would England be open to invasion?  European royal families were known for increasing their territories due to advantageous marriages.

Henry’s wife, Catherine of Aragon, was older than he was and in the several years that they had been  married, had only produced one daughter. At her age, she was most unlikely to produce an heir.

Henry, like all kings and aristocracy at the time, had mistresses. With one, he had fathered an illegitimate son so his own capabilities were in no doubt. The wife had to go. She was sent out to pasture.

His second wife, Anne Boleyn, fared no better.She repeated exactly what her predecessor had done and produced a daughter. This was indeed a marriage of convenience and there was no love lost between the couple. Anne was headstrong and, it was thought, had affairs of her own.  Anne was executed for treasonable adultery.

The king then married Jane Seymour who did what his former wives had been unable to do and bore him a son, Edward. But Jane succumbed to complications of childbirth and died shortly afterwards. Having a male heir was a good thing but ideally Henry needed and heir and a spare … or two or three.

Henry was persuaded, somewhat against his will, to marry Anne of Cleaves. This wasn’t to last and the marriage was annulled on the grounds that it had not been consummated. Anne was pensioned off.

Catherine Howard became the next incumbent but it was soon revealed to be having affairs. In one case, it appeared that she had previously entered into a form of marriage with one of her lovers (prior to marrying Henry) and had she admitted this, then there would have been grounds for an annulment. But whether she was headstrong or just plain dumb,she denied it and said that she had been raped. Because of adultery,Catherine too was executed.Still the king had just the one son.

Catherine Parr was Henry’s final wife. She bore him no children and outlived him.

Henry had been right in wanting additional male heirs. When he died, his only son Edward became king. But in 1553, aged only fifteen, he too died.

The throne of England was now in female hands.