A quart of Ale is a dish for a King 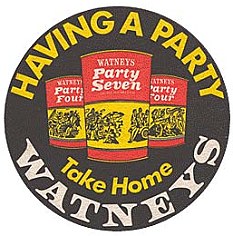 Growing up in rural England knowing a good beer should be second nature. But I grew up in a period in England when there was a big push for this new lighter coloured stuff called lager.

Most kids of my age had dads who had a love of those big Party Seven keg cans that were impossible to open. The stuff inside wasn’t easy on a pre-teen palette, but to dad a good home party needed Worthington E, Double Diamond, Youngs Tartan, and Watney’s Red Barrel. Preferably in a huge tin that needed holes punched in them. 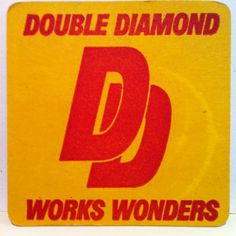 Then along came the six pack, and the trendy new telly-advertised light yellow lagers. Suddenly there were tins of Carling Black Label, Skol (“If you know lager, you’re a skolar”) Harp and Carlsberg. Judging by the ones I tasted the new lagers were no tastier than the party keg stuff, and mum wasn’t too happy to find that it was only really drinkable cold, and thus these cans started taking up valuable refrigerator space. 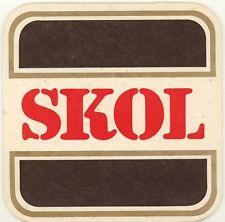 The funny thing is that most Yorkshire pubs didn’t keep their German lagers in the fridge, so if you did opt for the Heineken or the Holsten Pils it would be warm and undrinkable and probably covered in dust. Premium lager? Have a lager and lime, mate and settle down. Yes that’s how we prefered to drink the stuff- with a slash of Roses lime cordial. Gross.

For a teen beer drinker the pub was the way out – as soon as I was old enough to pass for eighteen, the legal drinking age in the UK. Although I could try the beers that were advertised constantly on TV, they attracted customers because it wasn’t cool to be seen necking stuff like Tetley or John Smiths. Those old cask beers – mild or bitter – were firmly marketed at the seasoned local yobbo with sideburns and a sneer. “Tetley Bittermen. If you can’t beat ’em, join ’em”. No thanks grandad. 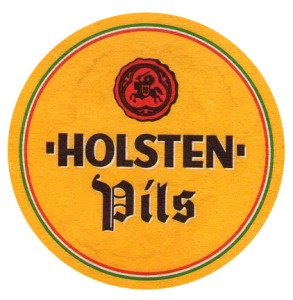 After that lager beer was just a thirst quencher in the clubs. Quality didn’t really matter. Half the time those session lagers were served up so cold that if there was a taste to it it wasn’t in evidence. Real ales were served in ridiculous glass tankards back then, and you felt like an old bloke just ordering the stuff. It was far simpler – and classier – to pop a wine cork.

Only one thing kept bottled lagers on the classier pub tables and that was the Reinheitsgebot rule. In 1993 the big brewers got their way and the rule was slackened, but before then German beers had to be made using the traditional four ingredients of water, hops, yeast and barley.

That meant that German lagers were well worth the effort and soon the distinctive pilzens were crossing the channel from Europe. Pilzner was just one of many types of beer back in the kellars and the volksfests. But in England they took over the bottled market slowly but surely, especially in the nightclubs where it started to push the britvics and the babychams out of the coolers. 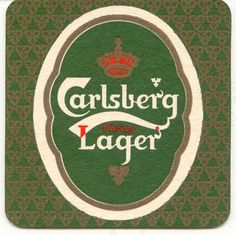 Into the eighties the acceptance of draught lager onto the bar tops of Britain meant that those endless TV ads were paying off. British lager was noticeably thinner than the bottled varieties, but because it arrived chilled from the cellar kegs somehow it caught on. There was a vague notion that the Brits picked up a taste for the stuff after sampling it during continental holidays, but taste seemed not to matter at all.

How can you explain the continued presence of Budweiser, Carling and Fosters on our bar tops. Compared to the old czech triumvirate of Budvar, Staropramen and Pilsner Urquell those over-gassy thirst-quenchers are barely beers. Lager’s now a global thing, and even those American undrinkables like Coors, Miller, Bud Light and Corona have muscled their way into an increasingly flat market.

It’s no surprise to find that micro-breweries, who are scrupulous about ingredients and techniques and taste are proving to be the saviour of the once great British boozer. It’s time the lager louts were ousted, and there’s no time like the present.

Mine’s a pint of Best, barman. I’ve tried the worst.