Home » All society » Alcock and Brown

Who were Alcock and Brown? 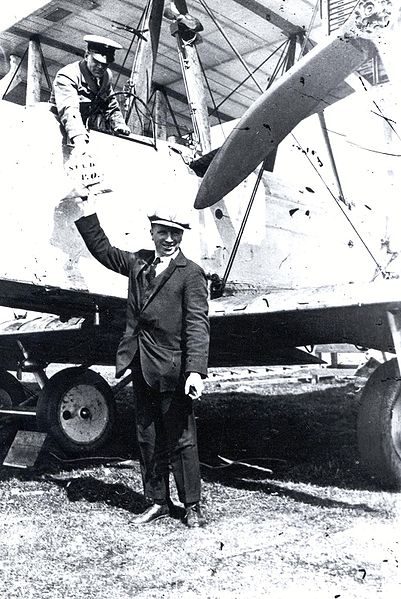 If you asked people to name pioneers of aviation, which names do you think you’d hear? Charles Lindbergh would be one. Amelia Earhart would probably get a mention too, as would the Wright brothers.

But Alcock and Brown were the first to fly across the Atlantic non-stop.

Sadly, they are largely forgotten now. Many people believe that this distinction should go to Charles Lindbergh but he was the first to fly across the Atlantic solo.

Crossing the Atlantic seemed unthinkable in those days. Planes had been more or less abandoned after the First World War. The pilots who had fought in the war couldn’t find flying work, apart from exhibitions and airshows.

John Alcock, who was twenty six, and thirty three years old Arthur Whitten Brown had both flown in the war and both had been brought up in Manchester, England.

Nevertheless, thepir didn’t know each other very well and hand only flown together three times when they embarked upon the transatlantic venture. They were hardly an established team.

Their airplane was a flimsy one and extremely primitive as the photograph shows. They are shown taking some letters on board so in effect, they also completed the first air-mail flight.

What made the two men make such a dangerous and foolhardy attempt? The British newspaper, the Daily Mail, who offered £10,000 – a huge amount in those days – to ‘the aviator who shall first cross the Atlantic in an aeroplane in flight from any point in the United States of America, Canada or Newfoundland and any point in Great Britain or Ireland” in 72 continuous hours‘.

Yesterday We Were in America: Alcock and Brown – First to Fly the Atlantic Non-Stop

It’s thought that no flyers have ever since encountered the perils that the two aviators came across during the flight. For many hours, the flight progresses through rain, hail, snow, thunder and lightening. During the journey, a faulty exhaust caused flames to lick alongside the fabric-covered body of the aircraft.

On six separate occasions Brown, who was the navigator or the team, had to crawl onto the wings to deice their ventilators. For much of the time he had to wipe Alcock’s goggles – as the pilot, Alcock couldn’t take his hands off the controls due to the buffeting of the aircraft. Brown lost his bearings completely in the fog and once, when they found themselves flying through a small patch of clear air, they found that they were flying only sixty feet above the ocean.

They bumped their way through these conditions until they found that they were over Ireland. Landing in Ireland would qualify them for the prize. Alcock spied what he believed to be a flat field, suitable for landing. It turned out to be  bog.

You can see the results below. 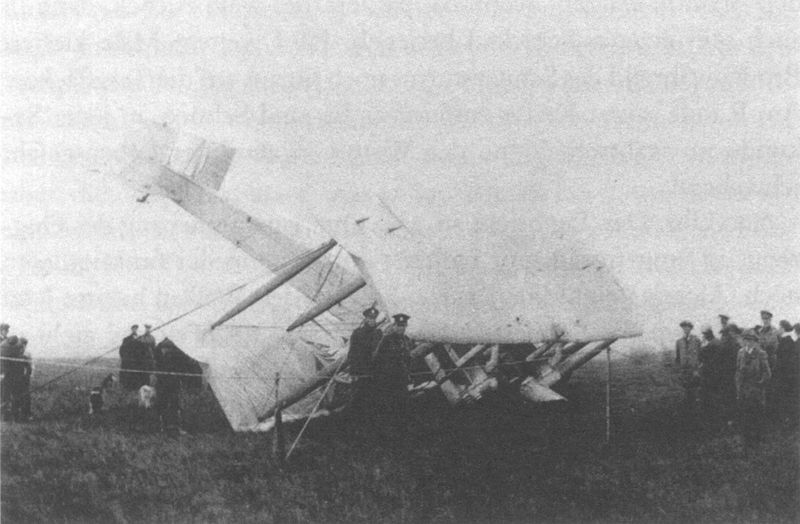 Nevertheless, they had made it. They had flown 1,890 miles – nonstop. No-one in Ireland had been expecting them so there was no fanfare. But when they made their way to England they were suitably feted and applauded. They received their prize, medals and even knighthoods from the king.

But when the celebrations and glory were over and they returned to their normal lives, they were more or less forgotten.

Only six months later, Alcock was killed in a flying accident in France. He flew into a tree in thick fog. Brown never flew again.