Home » All society » Did Alice de Janzé murder her lover? 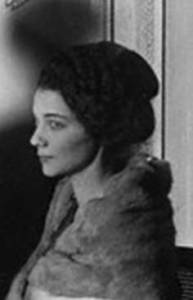 I’m inclined to think that she did. But read about the case below and let me know what you think.

Alice was American and a wealthy heiress. She was born in 1899. She lived a scandalous life, which ended when she took her own life t the age of only forty two.

She was incredibly beautiful. Surviving photographs of her do not do her justice.

in those days, rich American families often arranged marriages for their offspring. Many married English aristocrats. Alice was allowed to go her own way but still made an excellent marriage – to Frédéric Jacques, Comte de Janzé who she met in Paris.

He was from a noble family but was also a daring racing driver so he appealed to Alice’s sense of adventure. Soon, the couple met the Joss Hay (later Lord Errol) and his wife, Idina. They lived in East Africa and Alice and Frédéric soon relocated there too. There, she became the mistress of Joss and the best friend of his wife. Unconventional, for sure.

But the British population of ‘Happy Valley’ in East Africa was an unconventional group. They were often titled and usually wealthy. They were mostly young too and found their pleasure in parties, drinking, drugs, dancing and sexual liaisons.  Affairs and what we used to call’wife-swapping’ were so common that they appeared to be normal.Everyone was doing it. Almost every wife was aware that her husband had  mistress – or more than one – which was fine because she most likely had at least one lover.

Joss’ wife Idina was perfectly happy about the arrangement. Alice was her best friend and even though she was also Idina’s husband’s mistress, she trusted her not to steal him away -just ‘borrow’ him when the need arose.

Time passed and both Idina and Alice divorced their husbands. Divorce had become much easier and was no longer seen as scandalous – especially to the Happy Valley set who cared little for convention.

Idina, Alice and Joss remained good friends. They all married other partners but retained their former activities.

A new mistress and a murder

A new and wealthy couple arrived in the area. He was a baronet, Sir Jock Delves Broughton. At fifty seven, he was much older than his twenty three year old wife, Diana.

Almost as soon as they had arrived, Diana started an affair with Joss.

On the morning of January 24th, 1941, Joss’ body was found slumped in his car on a remote road. He had been shot through the head. He was only thirty nine.

Joss had ‘known’ many women in the area. There was hardly a dry female eye in the entire region. But those who were the most upset were his former wife Idina, and his mistress Alice. The authorities soon found out that he had been having an affair with the young Diana and her much older husband, Jock Delves Broughton, was arrested. He had most probably known about the affair, after all, every else did.

So had Joss been shot by a jealous husband? The court didn’t think so. Jock was acquitted. Idina and Alice, together, attended every moment of the trial. After a six week court case, the murder was announced to be ‘unsolved’.

But I suspect it was Alice

Reading the book you see on the right, I felt that these ‘clues’ were important:

But there was another even more important factor.

Alice had previously shot another lover

When still married to her first husband, Alice had an affair with a young Englishman, Raymond de Trafford. When in Paris, he had told her that he wouldn’t marry her and had to breakup with her due to family pressures. For a whole day and night, she tried to change his mind but he was adamant and said he was returning to England. She went to the station to see him off and entered the train with him.

There she took out a pistol, shot him in the stomach and then turned the gun on herself. Both lived but she was charged with murder and briefly incarcerated.

She announced that she would remarry her ex-husband but this didn’t happen. But for the next three years she determinedly pursued Raymond, the man she had almost fatally shot, and they were married. They were married in February and by November she had started divorce proceedings saying he had left her and disappeared to Australia.

Although the case was never officially solved – we still don’t know who shot Joss Hay – nine months after Joss’ murder, Alice attempted to take her own life but was saved. A week later she had labelled all her possession – to denote which should be willed to her friends. This done, she took her dog for a walk where she shot it and buried it.

She then returned to her bedroom where she had instructed her staff to make up the bed with extraordinary bedding from her first marriage – bedding of elaborate lace, embroidered with the de Janzé family crest. She took a bottle of pills, swallowed them all and lay herself down for the last time.

She had left three notes and tellingly, one was to the police.

At a top secret meeting of high officials and local people of standing in society, it was decided that the letters should be destroyed and their contents never made public. 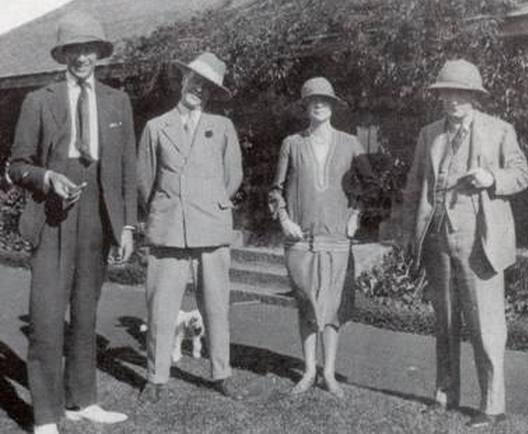