Home » Health » Alzheimer’s: Would you want to know you were going to get this disease? 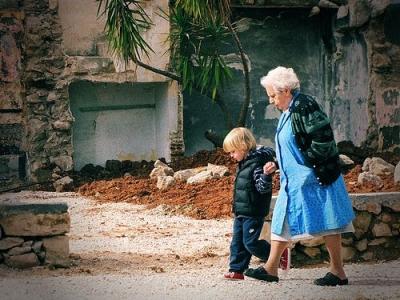 At first that sounds like an easy question, doesn’t? When I first read an article that asked the question, my answer was yes. I would want to know. That was several days ago now. Every day that goes by finds me questioning whether it would be a good thing.

Apparently there is a moral dilemma about the question, and so there should be.

On the ‘pro’ side, a yes answer would mean you had time to take corrective steps. That may outweigh all the other pros and cons in the long run. If they can predict at an early enough age, you could improve your diet, increase your level of exercise, and do any and all brain games and tasks that might strengthen your brain. While that won’t guarantee you would avoid the disease, it would definitely increase your chances or at the very least, delay its start.

Also on the plus side, it gives you time to prepare. You could have your estate in order with financial and legal preferences laid out. Asset protection could be possible. The appropriate person or persons can be ready to step in as needed. It might be possible to have long term care and life insurance in place.

Besides the legalities, there is the personal, family side. When I look back now there are many questions I wish I had asked both my parents. Little things, unimportant things, but sweet things that I wish I knew now.

You can see more of a list here if you want to see what I mean. You can start your own list.

Another pro would be that we would make the most of the time we had, something many of us tend to feel can wait until next week or next year.

What about the cons? Do some come to your mind? The biggest to me, and the one that has grown ever larger the last few days would be increased depression from the fear of it and worse, the increased risk of suicide.

Say you have taken all the steps you can. You are eating well, exercising daily, learning a third language, socializing, doing crossword puzzles. You are now in great shape. Then you forget something. Maybe just a few things now and then. Would you assume it is the disease, or would you consider it might simply be the normal aging process that occurs? What sort of impact would that have? At some point, much too early, some might decide to commit suicide to avoid the long years of loss associated with Alzheimer’s. However, some of those people might not have gotten the disease at all.

When I first read increased suicide, it didn’t register how early that might happen. It isn’t unheard of for the dying to choose the time of their own deaths. Whether we agree with it or not, it happens with some diseases. But with Alzheimer’s you could be looking at a five year deterioration, or a fifteen plus year time span. You can be in the final stage of the disease for years, not weeks or months. How can anyone know what might happen over that many years? How could anyone say when?

I’m now undecided on whether I would want to know, though I still lean toward the knowing. What it does for me more than anything is make me more aware that we must find a cure or at least a treatment for the disease. There is promising research underway that may lead to just that before you or I have to make a choice. Let’s hope so.