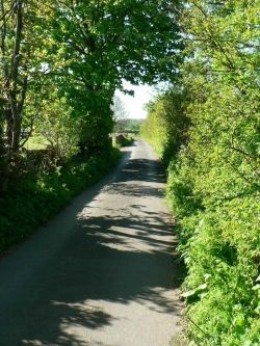 If I have a choice – and there is such a place – then my idea of paradise would be to wander along quiet English lanes in late Spring with the sun on my back.

This article is about just one of the country lanes near my home in Yorkshire.

Simply to reflect the pleasure this quiet byway gives me and to share this with you.

(All the photos have been taken by me).

Up, Down, or Along

I live in Yorkshire – a very hilly region of England.

And here, when you walk by road, you do it, literally, up or down.

You might say then, ‘I’m going down t’ the shops’; or ‘I’m just going up t’ road to the allotment’. So its a rare road in Yorkshire you go ‘along’, that is, one on a level keel for any distance. 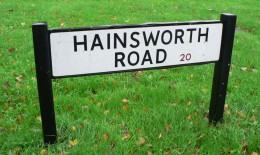 But there is one – Hainsworth Road – a quiet lane that goes … nowhere in particular, but is a joy to walk along at any time of the year.

Its length is approximately two miles, from Silsden town centre, to the Leeds-Liverpool canal, where it ends (or starts). It’s nothing special – or very special – according to the eyes that see it.

To me though it is quintessentially English in its character. And it represents home, peace, solitude, and the British countryside; all things important to me.

I have travelled overseas widely in the course of my career, and for holidays, but there is something special about coming home and walking the length of Hainsworth Road. Come with me and see for yourself.

Every Ending is a Beginning 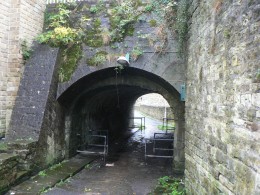 Hainsworth Road starts (or ends) at the town centre of Silsden, a peaceful town in West Yorkshire. You go beneath the rather Dickensian-looking tunnel below the Leeds-Liverpool canal and you are on the lane.

The canal was built in the 18th century to connect these two mighty Northern cities and as you pass through the tunnel you are conscious of three or so metres of water above; some drips onto my head – and I quickly pass through.

Leave the Town Behind 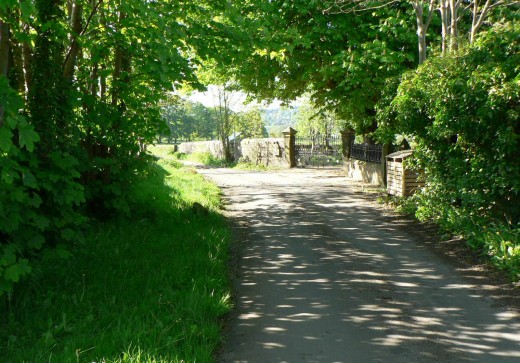 As you leave the confines of the town, you pass some neat, solidly-built modern houses and are quickly in the countryside, on a lane no more than 3 metres wide, or less in places.

Until the end of the 19th century, it was not much more than a muddy track connecting a handful of farms and scattered houses along its length. When it was tarmacked, it became a favourite country walk for local people, particularly the older residents, who liked the levelness of it and the variety of the vegetation on both its sides. For obvious reasons, it became known locally as the ‘dawdling lane’. It is level because it curves and twists along the floodplains of the River Aire, and runs parallel and between the river and the canal.

Lovers liked it too, for all along its length are footpaths where they could branch off the road and find somewhere quiet to themselves. Today there are more comfortable places they can go for their wooing.

As to the vegetation, what you notice first are the English trees – predominantly Maple, Hawthorne, Hazel, Ash, and Lime – that line its sides. You can spot Oaks too, standing mighty and solitary, in fields nearby. In summer, the tops of the trees reach across the highway to each other, forming a green, dark canopy. Few cars come along here now, so you can hear the birds sing and the sheep bleating.

Occasionally you meet cyclists, who politely tinkle their bells at you on their approach. Or you meet a resident with a dog, as I did today, and most will be disposed to stop and chat. In late summer, you will meet children and their parents picking blackberries. But most of the time you won’t meet anyone. 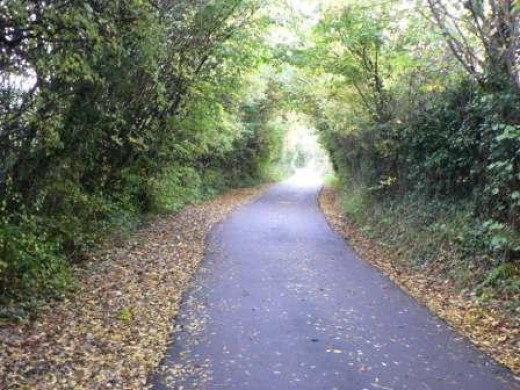 “…the tops of the trees reach across the highway to each other, forming a green, dark canopy.” 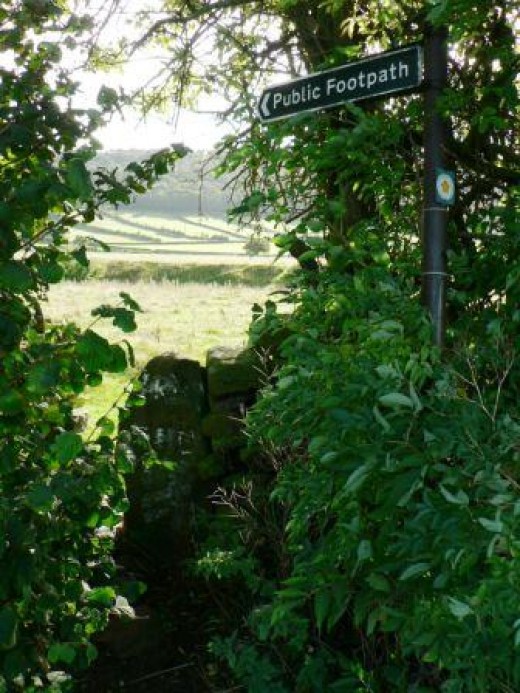 All along the length of Hainsworth Road are footpath signs, beckoning ‘this way … this way.’ 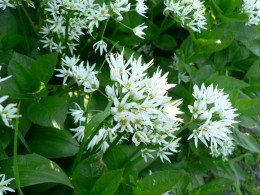 Primroses, wild garlic, Dog’s Mercury, Shepherd’s Purse, line the banks, and the trees fill out in a green swell of energy.

After the long Yorkshire winter, a walk on a sunny day along this lane will revive the dullest of spirits. All around are the sounds, sights, and smells of a new, fresh year. 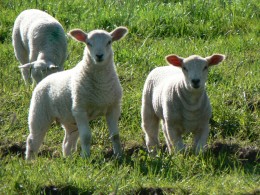 The dry stone walls and hedgerows overlook fields filled with sheep and new lambs. A few years ago, foot and mouth disease devastated livestock in the area, but since that time flocks have gradually increased again.

It is natural sheep country. The fields are green with the abundant water in the area, and shelter from the wind that whips across the valley is found beside solid stone walls. 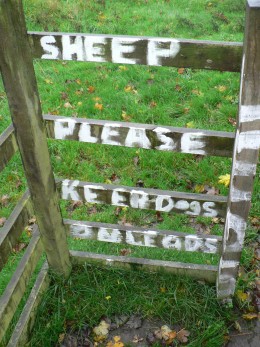 For the most part, the towns people respect the countryside and live in relative harmony with local farmers.

But dog walkers will be reminded of their responsibilities to control their animals at stiles and entrances to fields.

A dog, friendly and tame normally, can quickly find the wolf from its past when let loose in a field of sheep.

And most of the owners will ‘Keep their dogs on leads’ when in the fields.

It is mid May. The sun shines and people venture out shorn of their woollens.

A man in shorts and teeshirt saunters ahead, swinging his arms jauntily. In Yorkshire there is always a wariness in Spring that winter might return at any time. But now we can say, ‘summer is nearly here’.

There is a fresh, sharp, acrid smell: a combination of nettles, meadow-sweet, and nearby sheep. A pheasant runs across a field clacking in alarm as I approach. Nearby a chicken has escaped from its coup to seek out richer pickings in the lane. I hope it finds a way home by evening; foxes prowl along here at night. 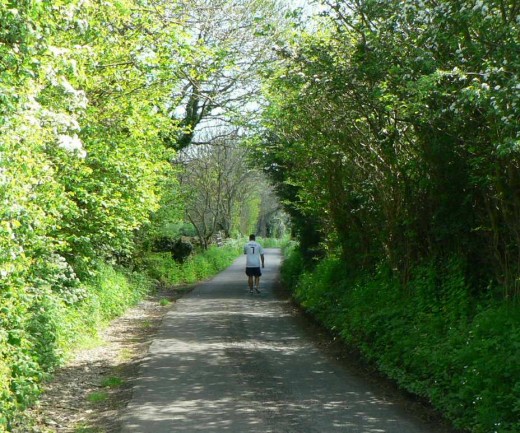 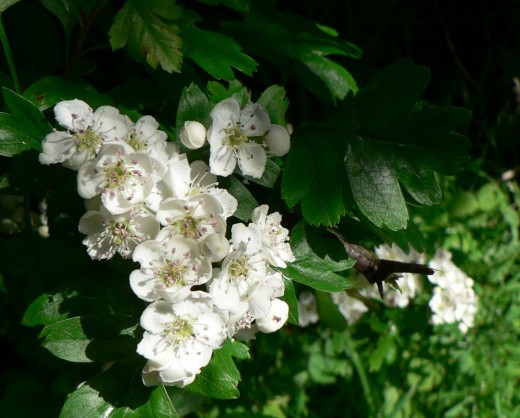 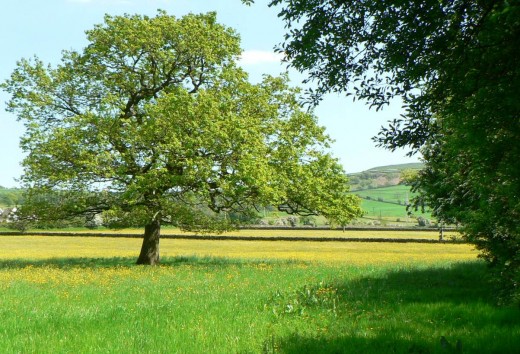 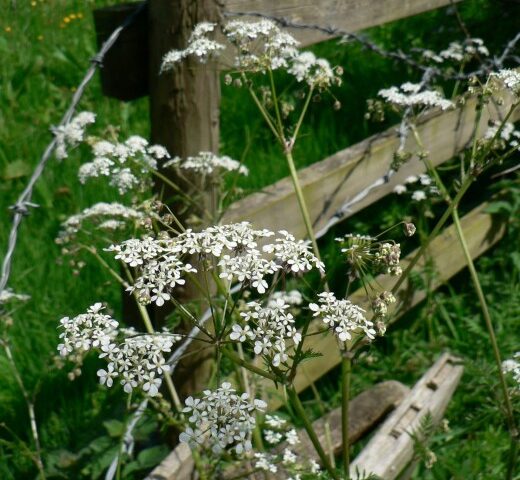 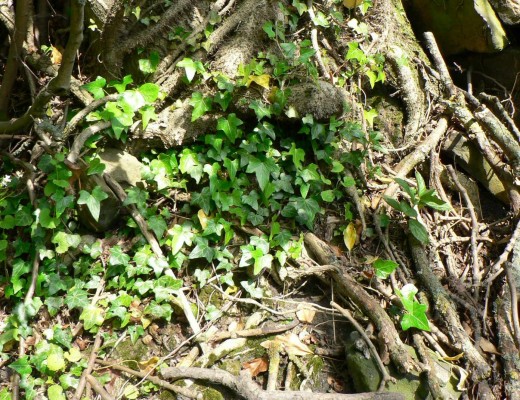 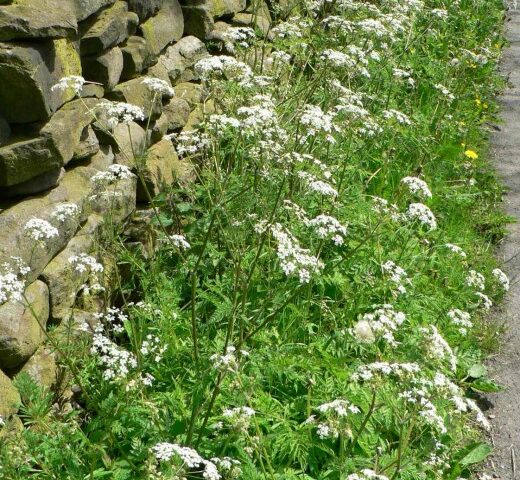 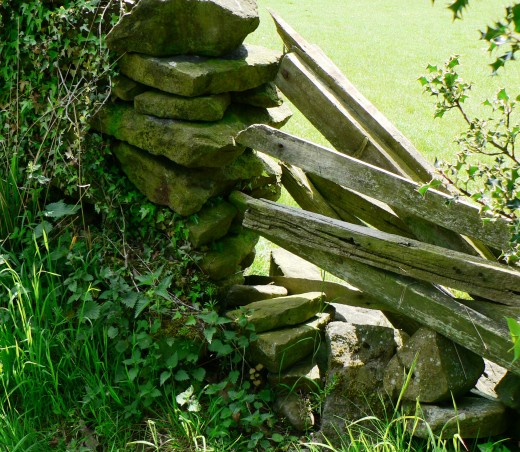 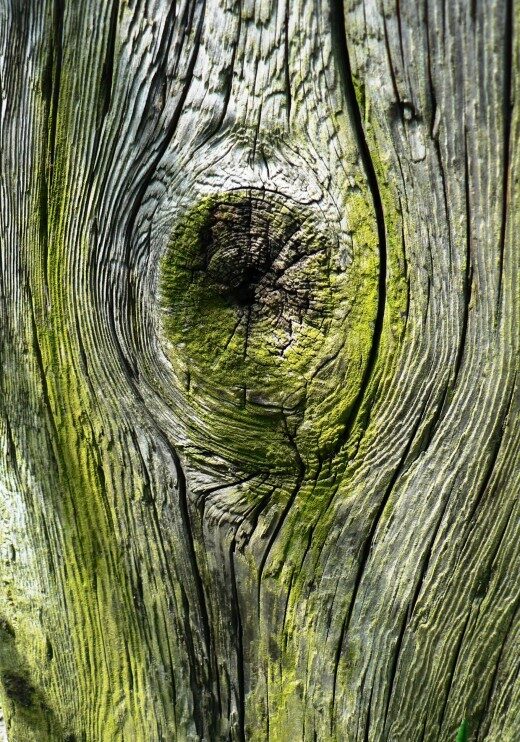 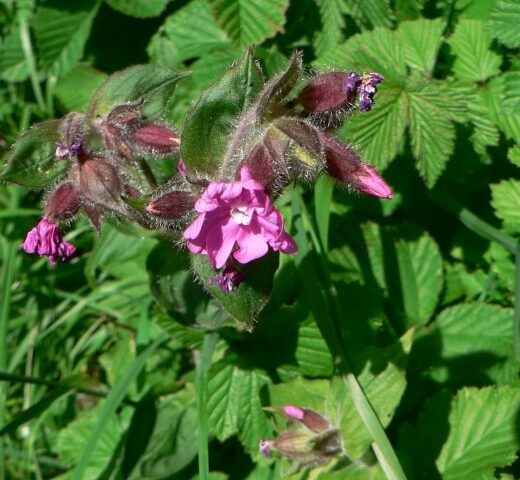 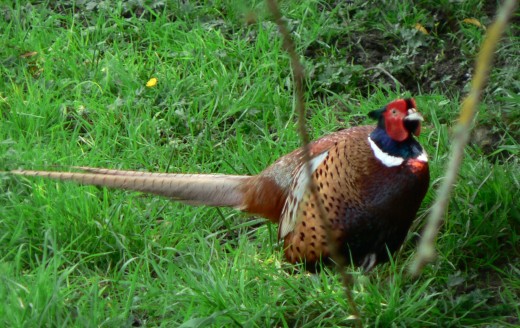 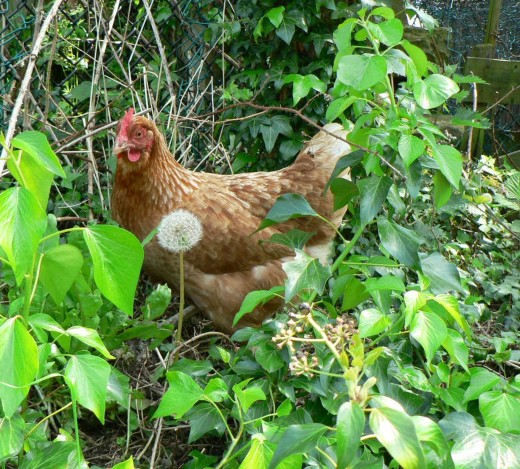 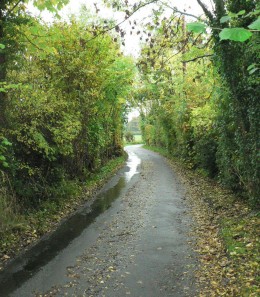 In autumn, the lane changes colour – gloriously so. More light penetrates the roadway as the leaves are cast from the trees.

Slowly, by degrees, in tune with the shortening days, there is a sense of nature closing in and down on itself at the approach of winter. You now walk at a brisker pace along the road.

It is 4.30pm as I write this, but the clocks in Britain ‘go back’ this coming last Sunday in October, so this time next week the road will be in darkness.

A Sense of the Past

The lane has been in existence for 500 years, and there is evidence of earlier times along its whole length. 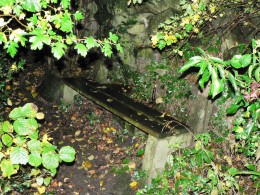 Today I found an old bench (see image, right), minus its backrest, hidden in vegetation by the side of the road. Brambles and holly had also encircled it, so I had never noticed it before.

It was from a time when the elderly residents wandered regular as clockwork along the lane. Here they would gather and spend time righting all the iniquities of the world and not sparing their neighbours the length and rod of their tongues.

Further along, there is an ancient gate post – before gates were in regular use. Poles would slot into the holes, chipped into the stone, to block cattle or other large animals from leaving the field.

In a nearby field is a lime kiln, a survivor from a time, between 1750 and 1850 when several kilns operated in the area, although their history in the Aire valley stretches back to the 13th century. The kilns burned limestone into a lime that could be spread over the land to reduce its acidity.

The old lime kiln stands adjacent to a field called ‘Seven Hills’ – don’t ask me why, as the land is flat as a pancake here. But it was, for many generations, a popular picnic place for local families. A small beck runs through the field, and many children have paddled, fished for minnows, and chased each other through the clean, clear water. Not so much these days; a pity that.

The dry stone walls along the lane are at least two hundred years old – as solid, and secure now as when they were first constructed.

And toward the end of my journey is an ancient stone water trough for passing horse or cattle. A spring flows, timelessly, into it.

(See photo gallery below for images)

Images of the Past 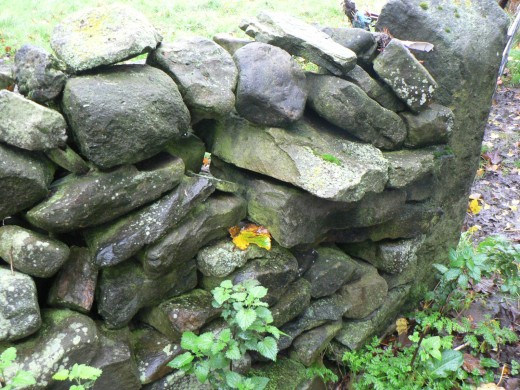 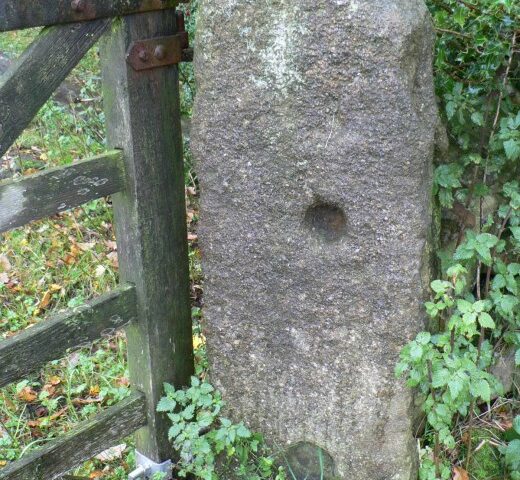 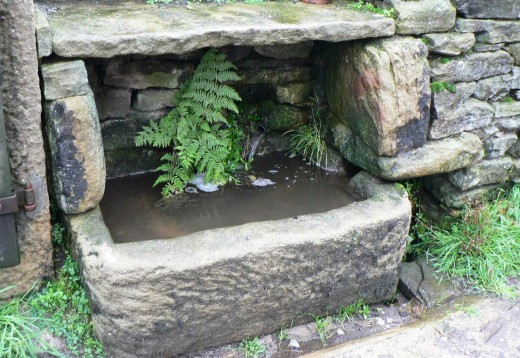 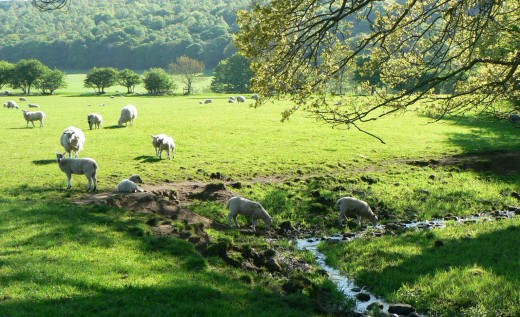 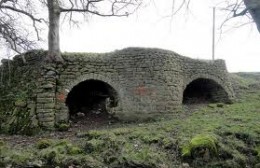 Every Beginning Has an Ending 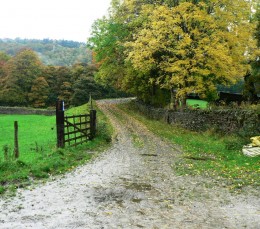 Hainsworth Road (it should be ‘Lane’, I think) ends – or begins – at a bridge over the Leeds to Liverpool canal.

I can now walk back along the canal to Silsden, completing my circular walk of about 4 miles. It has taken me around an hour.

The canal, at just over 127 miles in length, is the longest man-made waterway in Britain. Work on this stretch began in 1769 and my law-abiding town saw an influx of tough hard-drinking navvies arrive and start to dig the peat – by hand. The first boat loads of coal arrived in 1773, hauled by horses on the towpath, and soon passengers were carried at the cost of one halfpenny per two miles.

Today there are no coal barges, just a few hire canal boats chug their way peacefully along. 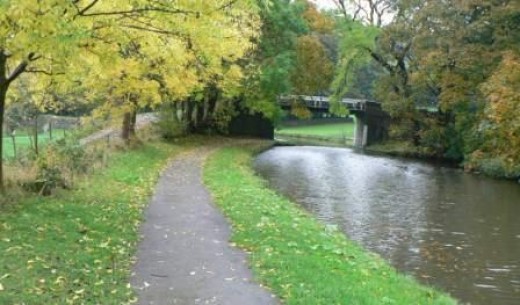 The towpath of the Leeds to Liverpool canal is quiet today on the return leg of my journey.