An Interview With Author, Austin Williams

Home » All books » An Interview With Author, Austin Williams Author Austin Williams is currently touring for his latest novel, Blind Shuffle.  When we were invited to be part of his tour, we were delighted.  You can find a full list of his stops at the tour sponsor, Partners In Crime Virtual Book Tours.  His tour runs from October 26th through November 8th.

The book was a wonderful find.  Featuring a magician is a brilliant idea, offering a very unique angle for crime solving.  You can read my review of Blind Shuffle right here.  After reading the book I was very pleased to interview Mr. Williams.

It is always a treat to talk to an author,  especially after reading his or her book.  Getting to know how they write, what inspires them, is fascinating to hopeful writers and loyal readers.  We hope you enjoy reading it as much as we did.

First, can you give us a little of your background?

I hail from Maryland, as does my fictional protagonist, Rusty Diamond. Other than a shared state of origin, we don’t have a great deal in common. My own interest in magic has never progressed beyond the level of spectator, whereas Rusty has spent his entire life studying the arts of illusion, mentalism, escapism and the mastery of various weapons and pyrotechnics.

Rusty hitchhiked from Maryland to New Orleans after graduating from high school. I used more conventional modes of travel to relocate westward at that same point in life, to study film at the University of Southern California. After a number of fallow years attempting to launch a screenwriting career, I gravitated toward the publishing arena. My first book, Straight Whisky, came out in 2003. Co-written with my friend Erik Quisling, it was a nonfictional survey of the famed rock ‘n’ roll clubs along L.A.’s Sunset Strip. That experience sold me on pursuing a career writing books rather than movies.

What drew you to be an author?

I’ve always been an avid reader and a fan of storytelling in general. After untold years consuming all kinds of different stories, at a certain point it seemed natural to try telling a few of my own.

I love the idea of a magician as your featured character. Seems it could be so handy in murder investigations. How did you come to choose that profession for Rusty?

I was presented with the opportunity several years ago to create a character who could serve as a recurring protagonist in a series of crime thrillers—a pretty crowded niche of the publishing marketplace. Most characters of this ilk possess a certain set of skills and/or life experiences they draw upon to handle whatever threats and challenges may come along. I wanted to find something a little more offbeat than the typical cop or detective, and magic seemed to offer some interesting possibilities. The idea of taking an arcane set of skills originally mastered for the purpose of entertainment, and then using those skills as weapons and tools for survival, intrigued me. That’s where the idea for Rusty Diamond came from.

Including the skills of a magician in your series must take an unusual form of research. Or do you have the knowledge already? How do you go about researching to represent it clearly in your stories? Do you have an in-person connection?

I’ve been fortunate to make some acquaintances in the society of magicians who’ve been kind in offering valuable intel. Most of my research has come from books and online material. The Rusty Diamond series falls squarely into the category of fiction—I try to adhere to reality as much as possible, but a certain amount of literary license comes into play.

I already have grown fond of Rusty, how his past influences the present, his strength and determination. It is enjoyable to follow his ability to visualize and think through his circumstance adds to the investigation. Will you be able to stop at three for the trilogy, or would you like to continue on with the character?

Currently, three books are planned. I’m now working on the third, to be published in late 2016 or early 2017. Rusty is a pretty durable character and I could potentially see expanding the series to include additional books. Before reaching a decision, I’ll have ensure he makes it to the end of the third novel in one piece. The intensity of danger facing him tends to mount with each book, and he certainly has his work cut out for him in the one I’m currently writing.

From Vegas to Maryland to New Orleans, each provokes a certain image in the reader’s mind. How did you come to choose New Orleans for the setting?

New Orleans is where Rusty first began to study magic, after thumbing his way there from his hometown in coastal Maryland. It’s an ideal setting for a thriller, rich in atmosphere as many authors of all genres have found to their creative benefit—more than a few great books have been written in and about New Orleans. I’ve wanted to try my hand at evoking that great city in a fictional work for some time. Hopefully readers will enjoy the result.

That brings us to some general writing questions…

Do your characters lead you as you write or do you outline? Extensively or highlights?

It depends on the book. For my earlier novels I used a somewhat improvisational approach, letting the story take its own turns as I wrote. For these books, with plot and pacing so paramount, it helps to map out a fairly complete outline before starting a first draft.

Do you have a set schedule for your daily writing? Number of words, certain hours of the day?

Two thousand words is my baseline for a solid working day. If I don’t reach that count by the end of the day, but still feel like some good work has been accomplished, it’s fine. A daily word count can be useful for measuring productivity but for me it’s a guideline rather than a rule.

What is your biggest distraction from writing?

Literally anything can be used as a distraction or justification to procrastinate from writing. From e-mailing a distant relative to developing an intense interest in examining the expiration date of every single item in the fridge, it all comes down to avoiding the keyboard. That’s something a lot of writers probably grapple with from time to time, and it’s something to be pushed past as briskly as possible.

What are you reading right now?

I’m currently reading Sailor’s Holiday by Barry Gifford—a collection of novellas featuring characters from his previous book Wild at Heart that was made into a movie by David Lynch.

Can you give us a hint about your next books? 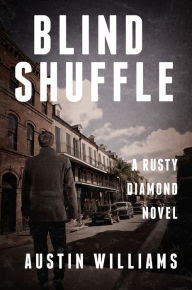 “I wanted to take a bite out of BLIND SHUFFLE before breakfast but ended up reading straight through lunch. I finished it on a plane to Tijuana. This was my first Rusty Diamond novel…it won’t be my last. Dig in.”

Far from the neon lights of Bourbon Street, heinous crimes are being committed against young women, and a street magician seeks to pull off his greatest trick by staying alive long enough to see justice done. The stage is set for a New Orleans noir perfect for fans of James Lee Burke and George Pelecanos.

Rusty Diamond abandoned the Crescent City years ago to pursue fame in Las Vegas, leaving Marceline Lavalle, the daughter of his mentor, with a broken heart. Now Rusty has come back to make amends with his former teacher and his first love—but Prosper Lavalle won’t face him, and no one has seen Marceline for days.

Five months pregnant, Marceline’s vanished without a trace. Her estranged boyfriend, a casino boss with criminal ties and a hair-trigger temper, claims no knowledge of her whereabouts. With the police not yet ready to declare foul play, Rusty launches his own investigation.

The search for Marceline will take Rusty into the darkest corners of New Orleans, where enormous profit can be made from human misery, where desperate people hunt on the fringes, and where not all magic is sleight of hand. It will force him to confront the mistakes of his past, and offer him a shot at redemption. And it will leave him—if he’s not careful—at the bottom of a bayou. 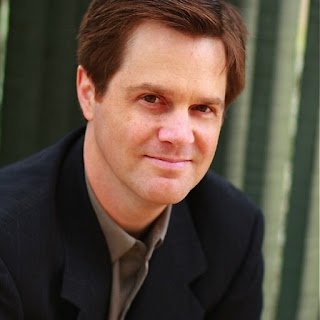 Austin Williams is the author of The Rusty Diamond Series of crime thrillers published by Diversion Books. The second novel in the series, Blind Shuffle, was released in October 2015.

He lives in Los Angeles.