Art in the Blood by Bonnie MacBird

Home » All books » Art in the Blood by Bonnie MacBird

Impossible? Not in the hands of Ms MacBird. Yes, here we have a new Sherlock Holmes adventure that even the most traditional Conan Doyle aficionado will enjoy. If you think that nothing could compare to the original Sherlock Holmes stories, then this book will surely change your mind.

When this book landed on the review desk at JAQUO HQ, I too was dubious, but I can thoroughly recommend Art in the Blood to devoted Sherlock fans and to those who are new to the adventures of Holmes and Watson. It is immaculately researched, the tone is exactly right — but even better, it’s a rollicking and exciting adventure. Ms McBird skilfully avoids descending into cliché and any hint of caricature; she has created an authentic Holmes adventure with its own freshness and touch of fun.

The action begins in November of 1888 when the then 35 year old Sherlock Holmes is found in one of his periodical states of lethargy (helped by his cocaine habit) by his former room-mate, the recently married Dr Watson.

Despite his condition, Holmes’ interest is roused by the delivery of a letter from Paris. In it, a young woman explains that she is desperately afraid that her young son, Emil, has been kidnapped. Emil is the result of a brief affair she, a Parisienne concert singer, had had with a wealthy British member of the aristocracy. As Holmes reads, the name of her child’s father disappears from the letter and the missive then continues in invisible ink. Holmes is quite naturally intrigued and, his enthusiasm for life revitalised, he and Dr Watson travel to Paris.

They soon discover that their client is a resourceful and beautiful woman, Cherie, but also that danger is awaiting them. Soon it becomes evident that this isn’t only the matter of the disappearance of a young boy. The pair are embroiled in a situation that involved art theft at the highest level, ruffians who will stop at nothing, corrupt officials and the strange murders of three orphaned children.

What you’ll love about Art in the Blood

Without stepping out of the genre and period for as much as a moment, Ms MacBird enhances the human side of the detective and his doctor companion. The additional characters within the book are deliciously crafted with a light element of humour that is just right. You’ll especially enjoy:

Enjoy Vidocq and his scathing comments about the English, Holmes’ comments about rich American industrialists who marry off their daughters to English nobility and especially, his musings when watching the Jacquard loom and its possible future uses — ‘perhaps eventually one might even simulate human thought and action’. 😉

Enjoy these little asides when you’re barrelling along with Holmes and Watson through their adventures in London, Paris and the northern countryside in this stunningly readable book.

The book will be released on October 6th, 2015. Be one of the first to enjoy this new Sherlock Holmes mystery. You can pre-order at Amazon 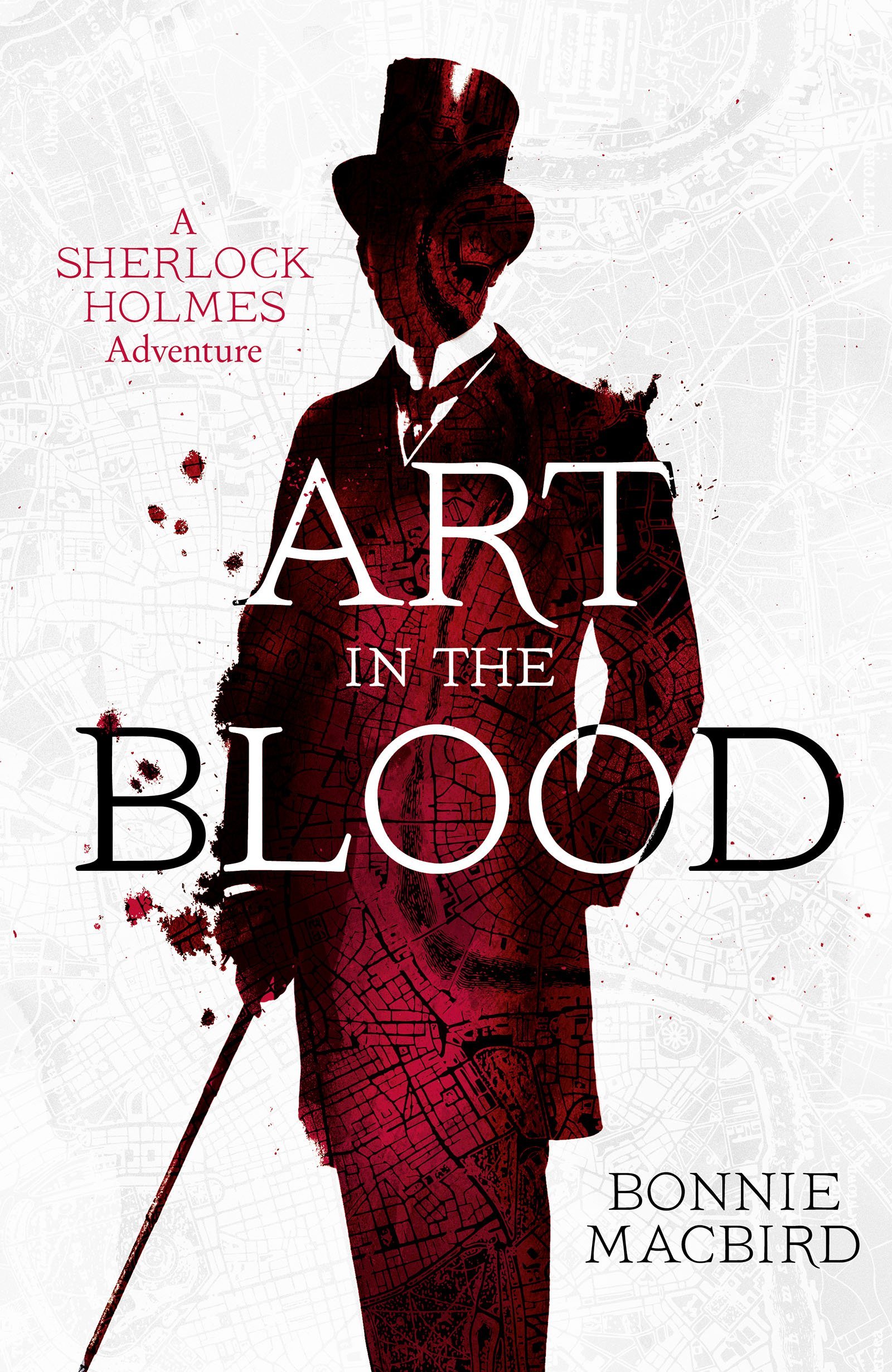