Home » All books » Balancing World Building with Writing the Story

An Article by J. J. Sherwood, Author of Kings Or Pawns

Today we are pleased to share a post written by author J. J. Sherwood. Ms. Sherwood is currently on a virtual book tour that runs January 4th through January 29th, 2016.  We hope you will check out her full schedule here at iRead Book Tours, the host of this exciting tour.

Fans of fantasy and science fiction will be delighted with Kings Or Pawns, the first in a series of four books.  Book two, Heroes or Thieves, will be released in February, 2016.

The world of Aersadore in the Steps of Power series is massive, and it would be easy to overwhelm readers with too much backstory. But by keeping the world “real” in much of the understood “medieval” fashion, I have more leeway to focus on historical, magical, religious, and other new content that can be sprinkled into understood daily life. One of the greatest of these world-building elements is the history, which exists to enrich every aspect of the world. But with information so vast, it is particularly important to weave bits and pieces into the histories and behaviors of the characters and events. Whether it is world-building magic or religion, I like to start with just those facts, places, and histories that are relevant to the current story. Details can be woven in as events arise, leading to foundation for further novels.

And to build a world as massive as Aersadore, many books are needed—and many books are planned. For example, for about ten books I focus on the events that caused the tension between the human and elven races, that divided them across the world, and that slew their great and mutual hero. The way that many of the characters behave and think is weighed on by this great event and so understanding the event and the cause is essential to grasping the rest of the series and characters to come.

Another way I balance world-building with the act of writing the story is by utilizing multiple points of views. In Kings or Pawns, there are four main points of view—one from a cynical general of a secluded, northern culture; one from a mute, young servant girl who knows only what others have told her; one from a well-educated and mysterious foreigner; and one from the new, naïve king of the land who had strong ties with various cultures. By utilizing a variety of histories, cultures, and locations, each point of view can reveal something new and fresh about the world in a natural, story-building manner.

Whether the world is taking place on another planet, or involves entirely new races, gods, or magics, having patience with revealing the world is an element that will truly bring the enduring nature of a novel to fruition. The history may be extensive enough to fill a series of novels large enough to rival Dragonlance, but I always keep in mind the necessity to balance the speed of information received. By balancing the world-building with the true story, readers can envelop themselves into a new series and find themselves hungering for more. 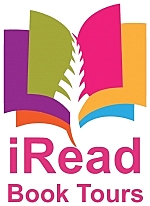