A wartime disaster in London.

In 2013, two seventy year old women met for the first time. Although they were strangers, it was a highly emotional meeting. They had a common bond which involved tragedy and immense bravery. That same year, another women who was all of ninety seven years old, was interviewed about the same event – a disaster that had been covered up by the authorities for many years.

It was the height of the Second World War. Joan Martin was a junior doctor on duty at the Queen Elizabeth Children’s Hospital in London. She had two young male  students helping her. She received a message that she should urgently make room in the hospital for at least thirty casualties.

As she and her helpers prepared an emergency ward, she suspected that the whole thing was an exercise – a put-up job to see how ready the hospital was in case of an air raid. Air raids were rare by now, the worst of the London Blitz being over. But it was no exercise.

Soon the ‘casualties’ began to arrive on stretchers. As Joan and her two assistants examined them, they realised that they were all dead. All the bodies were wet and all the skin was a pale mauve colour. It was obvious to Joan that they had all died of asphyxiation.

Disaster at the tube station

During the war, Londoners sheltered from air raids in the underground railway stations. One of these was Bethnal Green. This was new and the rails for the trains hadn’t been laid yet but the facility made an excellent bomb shelter. 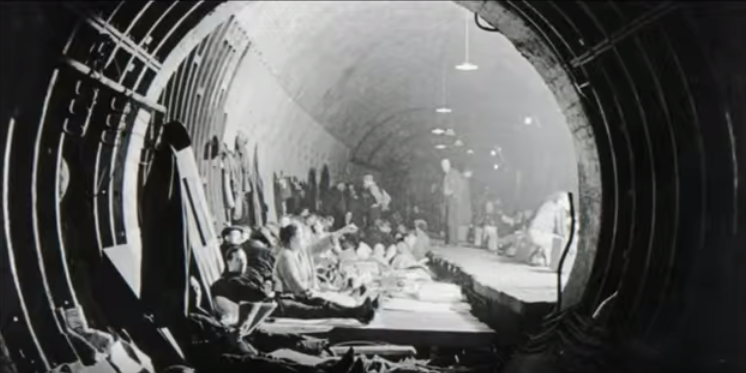 Although the London air raids had been dying down, the RAF had just undertaken a huge bombing campaign over Germany and many feared reprisals. So when the air raid siren sounded on the evening of March 3rd, people rushed to the shelter of the tube station.

Many of these were women and children as able bodied men were either in the armed forces or performing essential war work. As the crowd thronged into the shelter, a woman holding a small child tripped near the bottom of the stairs.

This caused other people to fall and within seconds the stairs became a tangle of people crushing and suffocating each other. By the time they were pulled out, they were set upon the pavement and had water thrown over them in the hopes of reviving them which is why the bodies were wet when they arrived at Joan Martin’s ward.

Joan and her two student helpers worked through the night. A church opposite was brought into play as a temporary morgue as more and more bodies arrived.

At about 8 o’clock the following morning the three medical staff wearily went to the staff canteen. Today they would have probably been treated for post traumatic stress but they were told to take 24 hours off and report the following morning. They were also told emphatically to tell no-one about the events. In fact, they had to swear secrecy.

Joan and others told no-one until fifty years later. In fact, Joan didn’t even tell her mother about the tragic events. It was later revealed that the powers-that-be had decided to hush up the event. One reason for this was that the Bethnal Green had warned the authorities that a crush barrier was needed in case of panic but it had been deemed a ‘waste of money’. 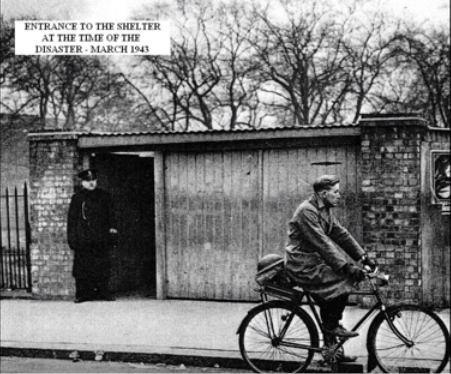 And what’s the story regarding the two seventy year old women who met for the first time in 2013? Where do they fit in to the story? Their connection is Tom Penn. 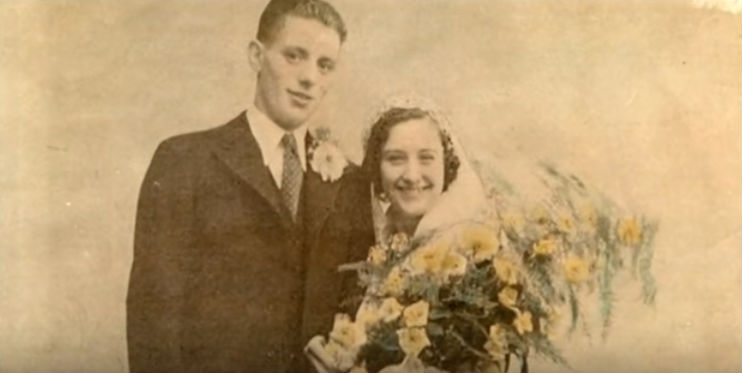 In March 1943, Tom was a young married man. He and his wife had one small child and at the time of the Bethnal Green disaster they were expecting another child. Tom was a policeman but was off duty on the night of March 3rd.

Just as the disaster was unfolding in the tube station, Tom was escorting his heavily pregnant wife to the shelter. He became aware that something as wrong so hurried his wife to underneath a strong bridge where she would be safer than in the open air during a raid.

He rushed to the shelter to help. He was the first on the scene. One of the first things he saw was a woman holding up a six month old baby. He grabbed the baby girl, took her to safety and then, despite the heat and the chaos returned several times to the scene of the disaster to rescue others.

The baby’s mother died in the disaster but the baby girl was saved. It wasn’t until twenty years later that she found out the details of what had happened to her mother and how she herself had been rescued by PC Penn. Her name was Margaret McKay and she was one of the women at the meeting in 2013.

She never had the chance to meet Tom Penn and thank him for saving her life when she was a baby. The other woman that Margret McKay met in an emotional meeting in 2013 hadn’t even been born at the time of the disaster. You might have guessed who she was — Doreen Freeman was the baby that Tom Penn and his wife were expecting that fateful night. She was born just three weeks after the Bethnal Green disaster.