Home » All entertainment » Bowling for Soup

‘Bowling for Soup’ is an American rock band with a punk influence. They are from Texas. The band members are: Jaret Reddik lead vocalist and lead guitarist, Chris Burney who plays guitar and is a backing vocalist, Erik Chandler who plays bass guitar, and Gary Wiseman on drums.

The guys met in high school where they eventually formed the band in 1986. Since then they have made 9 albums. They didn’t have much success at first and they had many different bands before this one took off, but now it is very popular. 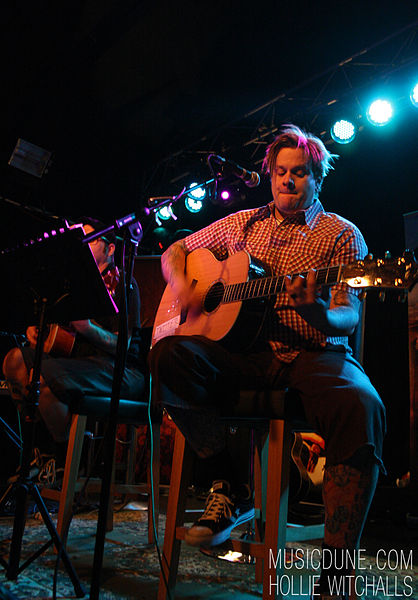 I like them because they don’t take their music too seriously and they like to have a laugh. Their target audience is young people. My mum doesn’t like them very much, she finds them irritating, but I think they’re fun and if I had a party I would definitely play their music, which my friends would really enjoy.

My favorite song is ‘High School Never Ends’. It’s about all the bullying that happens in high school and it warns the kids that life will not get better after they leave. The song says you shouldn’t ever get your hopes up about leaving high school because life will be exactly the same as it was at school.

Everyone will still criticize you, everyone will want to know your business, and you will still get bullied. It also explains that when you leave high school you will meet people that are exactly the same as the people you know or see there, nothing will be better.

Even though this is a serious theme, it is a song that doesn’t take itself very seriously and the video is funny because the band get their own back on every bully in their school.

It’s a pop punk song or American Punk as we call it here in the UK.

If you know a young punk rocker and you’re looking for a cool CD to buy them, I would recommend Bowling For Soup for them any day.

Here is the video of High School Never Ends I hope you like it as much as I do.

Here is the video of Punk Rock 101 which is another song I like because it shows the life of learning to be a punk rocker like an army training camp.

Click on the cover to buy the CD: The Great Burrito Extortion Case

Click on the cover to buy the full mp3 album: A Hangover You Don’t Deserve