Who Was Butterfly McQueen?

Home » All entertainment » Who Was Butterfly McQueen?

Who was Butterfly McQueen?

I love old movies yet I have to admit that there’s one – a very famous one indeed – that I haven’t seen. I don’t know why. But I do know about one of the actors in the film. That’s Butterfly McQueen.

She is one of the most memorable of the cast (even to people like me who have only seen clips but never the full film) and yet, she hated the part. She took the role because she needed the money to pay for furniture – and quickly regretted it. 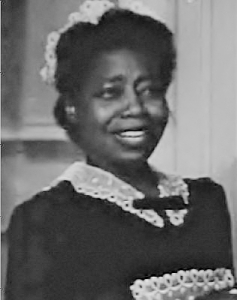 Butterfly – her real name, that she hated, was Thelma – played the part of  Prissy, maid to Scarlett O’Hara in Gone with the Wind.

She didn’t like the role at all and felt that she was from then on typecast as the ditzy black maid. She felt that the part was degrading to African Americans. Which, in some ways, it was – it was something of a caricature.

Her most famous line in the film was “I don’t know nothin’ ’bout birthin’ babies!”

She was born in Florida to a low-income family. Her father was a stevedore and her mother a housekeeper. She desperately wanted a nursing career but when she joined a theatre group, she discovered that her real love was acting.

After Gone with the Wind she made other films (notably Mildred Pierce, a wonderful movie) but simply because it was her job. She disliked the typecasting and retired from film work in 1947.

In later life, she reverted to the name Thelma as she didn’t want anyone to know that she had played the part of Prissy, which she saw as demeaning. She died in 1995 when a kerosene heater she was attempting to use burst into flames. She lived in a one-bedroom cottage and managed to crawl to the door where a neighbour rescued her. She was alert enough to tell the emergency services what had happened but she died of the resulting burns.

She never married and had no children and left all her property and goods to friends who were in need. For example, she owned rental properties and left them to the tenants.

She requested that her body be used for medical research and instructed that the money is one of her savings accounts should go to the Society for the Prevention of Cruelty to Animals so that her cats could be either put down humanely or find new homes.

In her later years, she became a little more reconciled with Gone with the Wind. She said:

“Now I am happy I did Gone With the Wind. I wasn’t when I was 28, but it’s part of black history. You have no idea how hard it is for black actors, but things change, things blossom in time.”