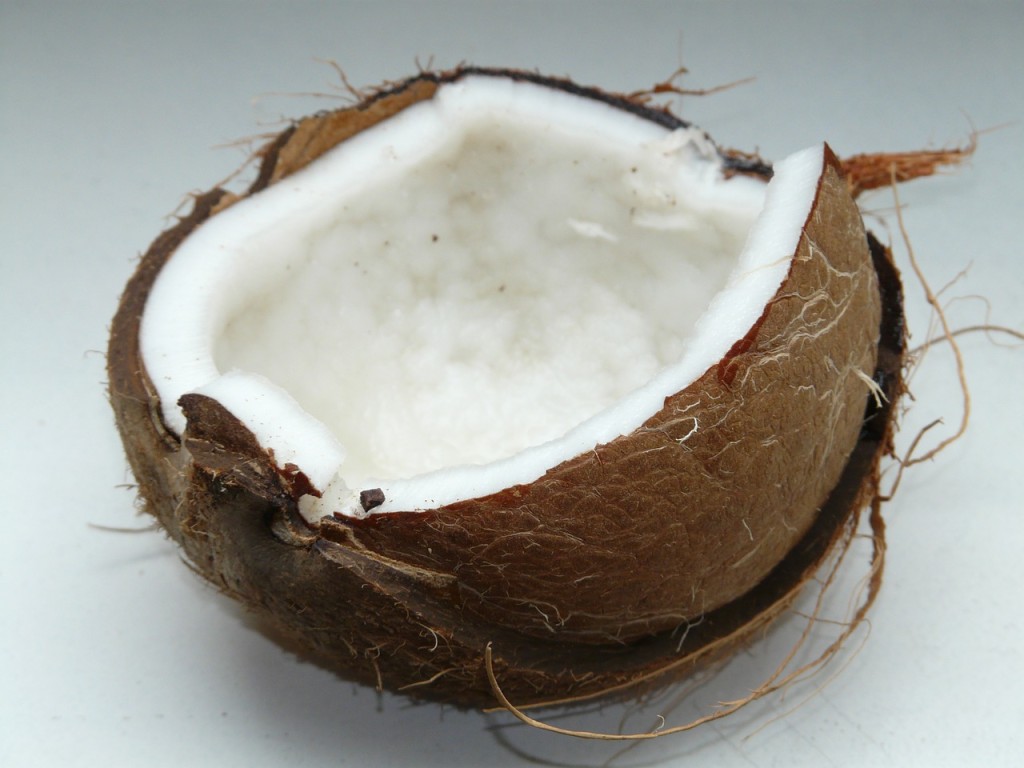 Always researching natural ways to combat Alzheimer’s disease, I keep running across the benefits of coconut oil.  While it isn’t on the list of top foods—yet—it still is becoming a recommended food to lower the risk of Alzheimer’s as well as many other diseases.  Fairly new for the treatment of Alzheimer’s, it continues to gain both acceptance and popularity.

It’s surprisingly easy to include the super nutritious food in your daily meals.   If you decide to try it, be sure to purchase organic, cold pressed, extra virgin coconut oil.

Dr. Mary Newport first brought it to my attention when she wrote of her husband, several years into the early stages of Alzheimer’s.  She discovered that adding coconut oil to his diet brought impressive results.  Enough so that her husband was able to resume many daily activities that had previously become too difficult for him for him to manage alone.  The results were surprisingly positive.

Once she spoke out about their success, I found others as well, including a family who reported vast improvement using a mere teaspoon twice a day.

While it is not expected to cure the disease, even some scientists agree it may be of benefit.  Coconut oil is about the best source of medium chain triglycerides, something that we don’t get from the common fats we eat.  Those triglycerides in the oil help produce more ketones, which provide energy for the brain.

While Dr. Newport’s finding wouldn’t qualify as a study, the results were so remarkable that it seems another step.  A step that 1) won’t cause harm, 2) is easy to incorporate into your diet, and 3) may help stave off some memory loss for several years.

Other past studies have shown good results in those with less severe symptoms.  More tests are now underway that hopefully will confirm the benefits and suggest new ones, perhaps providing another clue to finding a cure.  I’ll be watching for news on those studies.

Adding Coconut Oil to Your Diet

Coconut oil makes a wonderful substitution for many cooking oils.  Any time you are using oil for sautéing or browning, give it a try.  At first I was concerned it would make everything taste like coconut.  But while it seems to enhance and somehow lighten the flavor, it does not usually leave the coconut taste.

One of my favorite recipes using it is to  sauté shrimp with wilted spinach in coconut oil.  It’s also wonderful as a light pan coating when searing fish or chicken.  Need some suggestions for its use in food?  Try some of these:

Check With Your Doctor For Any Medical Concerns

If  cholesterol is an issue for you, be sure to check with your doctor.  The only negative I have seen about coconut oil use for Alzheimer’s prevention, is that the amount that Dr. Newport used (about 5 tablespoons daily) could increase cholesterol since it is a saturated fat.  Still more feel that evidence shows the oil actually improves the good cholesterol balance.  Still, let your doctor know.  He can monitor it, so you will know for certain.

If some have found a benefit from only a couple of teaspoons daily, that could be a good place to start.

Its uses for the body, whether as a food inside the body or as a lotion, etc., outside are well known.  It can aid with everything from dry skin to indigestion to teeth whitening. An amazing product that has been around for centuries, that is once again coming into its own.