Cauliflower Pizza Crust has become very popular today, so I decided it was time to try one for myself.  It’s a fun process, especially using the Ninja Master Prep Professional to ‘rice’ the cauliflower. 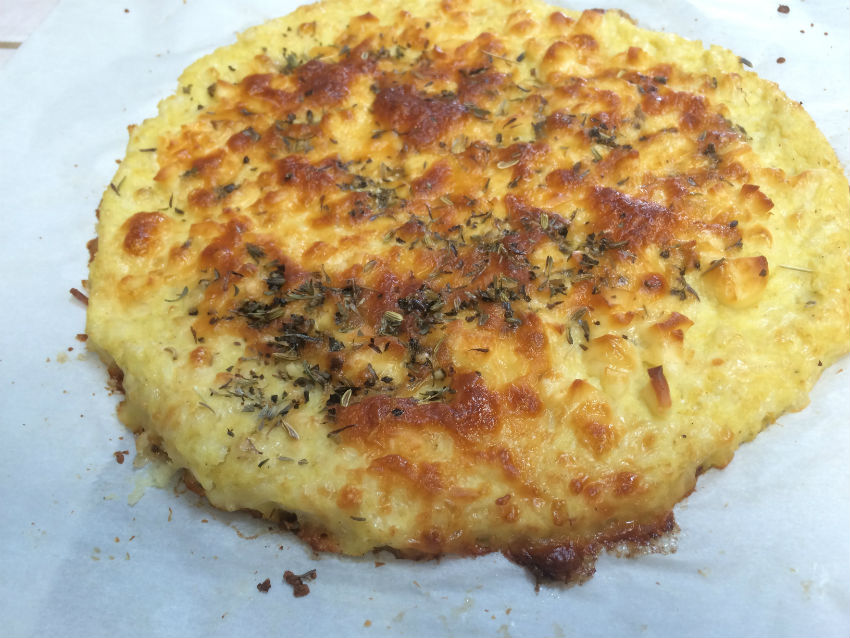 This particular vegetable adapts so well in so many recipes.  When you think of the strong aroma it has while cooking, you would expect it to overwhelm, but it doesn’t.  Instead, it usually takes on the flavor of the dish you are preparing.  I’ve learned that from using it in mashed potatoes, fried rice, Spanish rice, and more.  Burritos, meatballs, even sauces are lightened up with its addition.

So I suppose it shouldn’t have been a surprise that it make a delicious crust or snack.  I made this recipe for dipping, but if you make a pizza with tomato sauce, toppings like pepperoni, veggies, and cheese, I bet you would be amazed how it tastes like pizza crust.

With a food processor (like the Ninja), you can prep the cauliflower in seconds.  The finer the rice the better I think.

The other two essentials are using a fine strainer first, then the dish towel to remove the liquids.  A strainer will allow you to remove much of the water pressing down with a spoon.  That will be a good start.  Give it a few minutes like that first.

Then using the dish towel, roll both ends as you would to remove water from the wet towel, for as long as you can, until you see little water left to come out.  The dryer the cauliflower, the firmer the crust will be.  That is the hardest part.

Once that is done, it is a cinch.  Combine the ingredients, and using your hands it is easy to shape to a rectangle for dipping, or into a crust for pizza.  As it cooks you can see it brown.  Let it get as brown as you like.  Personally for dipping, I enjoy it crisp.

Of course, as with pizza, you can add your favorite spices.  Next time I might try cajun flavoring.

Either way it is a surprise taste with very low calories.  Many of the recipes I saw before making my own suggested a double batch.  It’s a very good idea if they are snacks especially.  So healthy to nibble on, they will go fast.

Give it a try.  They are fun and delicious. 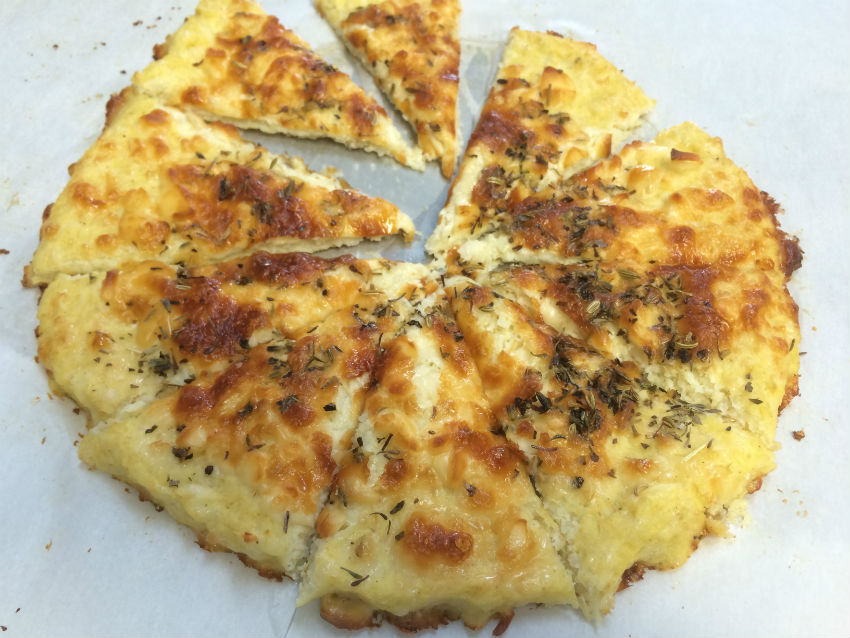