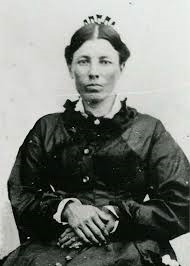 I am sure most of us are familiar with Little House on the Prairie television program of the 1970s. Very little was mentioned about Laura’s only brother Charles Frederick Ingalls who died at the age of nearly 10 months old on August 27, 1876.

He lived in the period between Laura’s books “On the Banks of Plum Creek” and “By the Shores of Silver Lake.”

From the photographs of the family on this page we get an idea of what little Freddie may have looked like.

“Laura rarely spoke of him, although later in her life she did say he had never been a healthy baby, and suffered convulsions before he died. Late in her life, Caroline Ingalls said, “Everything would have been different if Freddie had lived.”

From Find a Grave we find this paragraph with a grave marker. 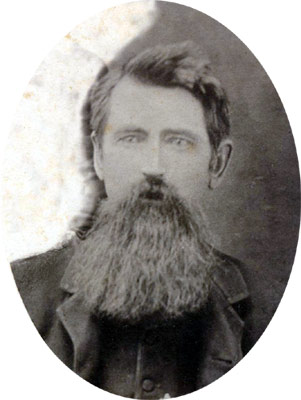 Freddie was buried locally but no one knows where. At South Troy is a display, remembering Laura’s family’s time here. On the board is a copy of Freddie’s death certificate. There are several local cemeteries but none of them record the burial of Freddie Ingalls.

However, the register at Pleasant Prairie (Dale) cemetery shows signs of neglect at that time and subsequent writing up by a later keeper.

Also a badly damaged marker of the type used for children at that time has been found there. Any identifying inscriptions on the marker have crumbled away with the damage but must be that of a child who was buried there but quickly abandoned and not looked after.

Is this Freddie Ingalls’ grave marker? Whether it is the stone belonging to Freddie Ingalls or that of another small child, it is a fitting remembrance for all the small children who lost their lives while their families established these frontier communities. 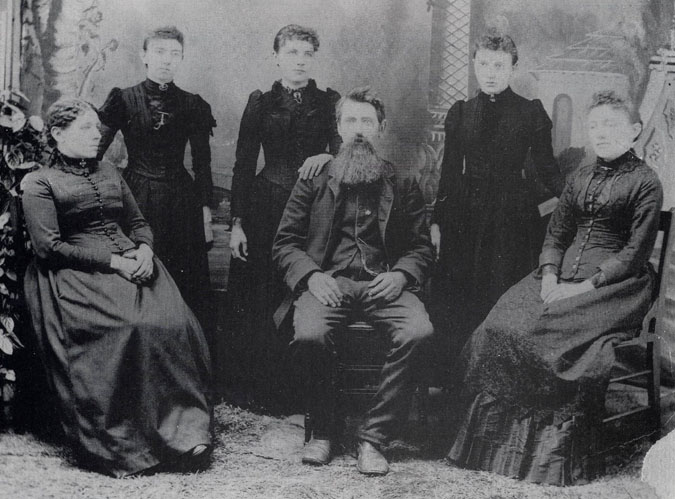 A little bit about Freddie’s family

I have always loved Laura’s stories and have watched the television show over and over again. I have watched all the movies that I have found about her. My daughter loved the TV show, also. We watched it together when it first aired in 1974 when she was four years old. She got the first 6 books as a gift from my aunt who knew she loved Laura and the Little House Books. I knew some things about Laura and her family and that things were not all correct in the TV show.

So when I read the books, or rather listened to all 11 books in 2014, I was surprised at some of the things that I felt were left out.

1. For sure the biggest faux pas was the fact that Mary was never married nor had a child. The rest of the TV show was accurate as far as the main family members general lives and where they lived and so forth.

2. The other thing that was interesting is that Nellie Oleson was not always rich! She was actually a ‘country girl’ more than she was a ‘town girl’ most of her childhood. Nellie’s father, Nels Oleson had lost the store and when they moved to where Laura and family moved later – the Oleson’s lived on a claim in the country. Nellie was a brat for sure. Willy, Nellie’s brother, was a bad boy in the books, too. Mrs. Oleson is never mentioned! I was surprised about that as she was such a big part of the TV series!

3. Mr. Edwards is pretty much as the TV series. His wife and children are not mentioned by name. It is not known if Mr. Edwards is a true person or a composite of several persons. He is not given a first name in the books.

4. Almanzo’s sister, Eliza Jane Wilder is the teacher for only less than one year. She sided with Nellie against Laura! Eliza Jane left and was not a part of Laura’s life as much as shown in the TV show according to the books.

The book I reading next is by William Anderson, a “Biography of Laura Ingalls Wilder.” There are some other books and stories to be read, most of which were not available at the Blind Library yet. I have heard there are other books about Ma, Caroline Ingalls.

Of course Laura’s daughter Rose was a famous writer of books and also worked at the newspaper in San Francisco. Her books are in my queue, also.

The book “West from Home: Letters of Laura Ingalls Wilder, San Francisco, 1915”, surrounds Laura’s visit to Rose in 1915 in San Francisco. I loved this book, as I was born and raised in San Francisco. I was familiar with a lot of what she said in her letters about San Francisco and the bay area. The book is a series of letters from Laura to Almanzo.

Almanzo had a sister named Laura, so as to not confuse the two, Almanzo and Rose referred to Laura as Bess, not Beth as the TV show leads you to believe.

At the end of the 1915 letters book there are some of the recipes that Laura talks about and they are compiled into a separate cookbook as well. One could use her books as a survival guide! It explains in great detail how to farm and make things from scratch! It made a pioneer out of me and I learned to do many things like that from scratch.

I thoroughly enjoyed each book. One very nice thing about the books in audio format for the blind, is that the narrator or reader sings all the songs in the books. This is great as you can really get to know the words and music. There is a Little House song book as well. I was surprised to hear a lot of songs from the books that my parents and grandparents sang often. Music was very important to the Ingalls and the Wilders. It was a main source of entertainment in those days.

Laura did a great job of writing her books and they are very much loved by all ages. The definitive story of life in the late 1800’s as true pioneers. I highly recommend it to anyone.

I hope you love the books as much as I do! 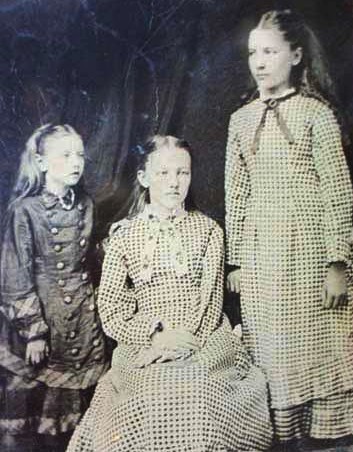