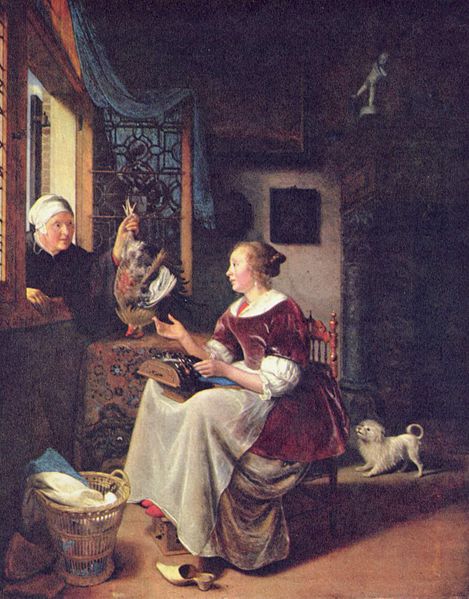 Let’s look at the latest statistics from the UK. A year-long study has discovered that 73% – very nearly three quarters – of supermarket chickens contain the campylobacter bacteria.

This causes over quarter of a million cases of food poisoning in Britain every year, about one hundred of which are fatal. When you consider that the population is 64 million, and that over 3 million people are vegetarian, then if you eat supermarket chicken the odds of you becoming ill are high.

That is crazy in this day and age, especially when you consider stringent health and safety regulation plus the fact that most of us try to have healthy diets.

What about the United States?

In 2011, the authorities released the data that 47% of chicken in grocery stores were infected. This does not mean that you are safer than people in the UK. In August 2014, the UK infected level was 57%. By May 2015 this figure had zoomed to the 73% mentioned above. So what is the percentage in the States today? More recent figures aren’t available but it’s reasonable to assume that they are higher than the 2011 figure.

And these figures are just for chicken sold in supermarkets. They do not include the huge numbers that are sold in bulk to restaurants, fast food outlets, catering facilities for institutions and even hospitals

I remember thinking that the Japanese were crazy to eat fugu fish but deaths from its consumption is rare now. The worst ever year for fugu fish deaths was 1958 when the figure was 176 deaths. Eating chicken is far more dangerous, it seems.

So can chicken be eaten safely?

It can but when you’re cooking chicken it needs to be correctly handled and cooked. And after all, bacteria notwithstanding, chicken is a comparatively cheap, low fat food.

The UK authorities are currently saying that one of the worst mistakes people make is to wash the bird. This causes infected liquid from the chicken to contaminate counter tops, chopping boards, utensils, the sink, the cook’s hands and anything else in the vicinity. The contamination can then be passed to other foods. All these items should be thoroughly washed if there is a chance that they have come into contact with any fluids from the chicken.

It’s also important to cook the meat thoroughly. The heat of the cooking kills the bacteria. It’s advised that when roasting a whole chicken stuffing should not be inside the bird but cooked separately. (Which makes a nonsense of the word ‘stuffing’ but it’s the safest way).

It should also be stored correctly in the refrigerator. Chicken juices can affect other stored foods if they are allowed to drip. It should be stored at the bottom of the fridge in a sealed container.

To me, it just sounds like too much hard work

In 2008 (the latest date from which figures were available) over nine million chickens were produced for food in the United States. It reasonable to assume the figure is higher now. And yet the US bans imports of ‘dangerous’ foods from other countries, notably certain French cheeses – which incidentally do not seem to harm people in Europe. This doesn’t make much sense to me.

Of those nine million chickens, it’s also reasonable to assume that at least fifty percent of them are hazardous to health and indeed could prove fatal to the consumer.

Yet almost everything you buy these days has some sort of consumer safety warning on the packaging. The surgeon general quoted at length on and inside cigarette packs. And on the subject of packaging, in 2011 it was found in the UK that forty percent of supermarket chickens had bacteria on the outside of the wrapper. Consumers were told that they should wash their hands thoroughly if they had even touched a packaged chicken – for example, taking it from the shelf in the store to put into their shopping cart.

This is crazy. Why on earth do we still eat chicken?

We all know that chicken farming is not a pleasant industry – especially for the chickens themselves. We know that eating chicken can be dangerous to health and even fatal. Remember, there are one hundred deaths annually in tiny Britain caused by the consumption of chicken.

Can you imagine an alien from a civilized planet coming to Earth to study what we Earthings eat?  Firstly, they’d be amazed by the fact that so many of us are obese and yet so many people don’t have enough to eat. But surely the fact that we eat chicken, and the chicken industry, would be enough to persuade them that we are crazy? 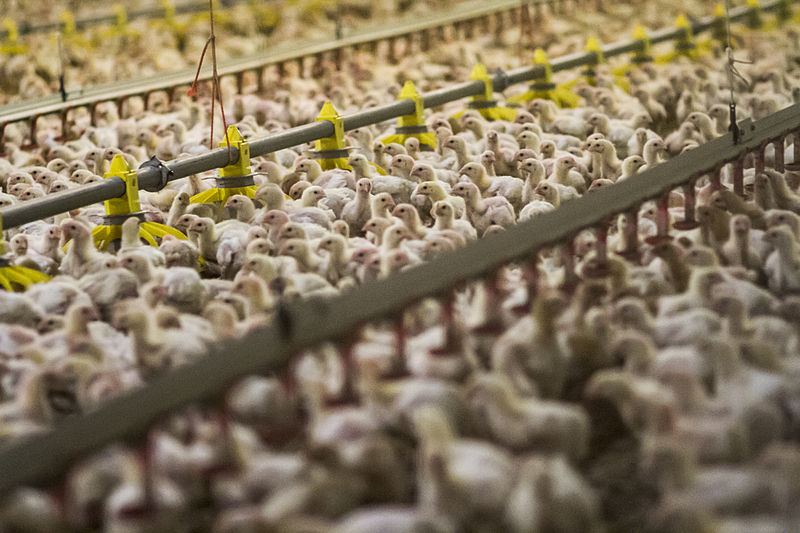 We ban cock fighting but this is okay?